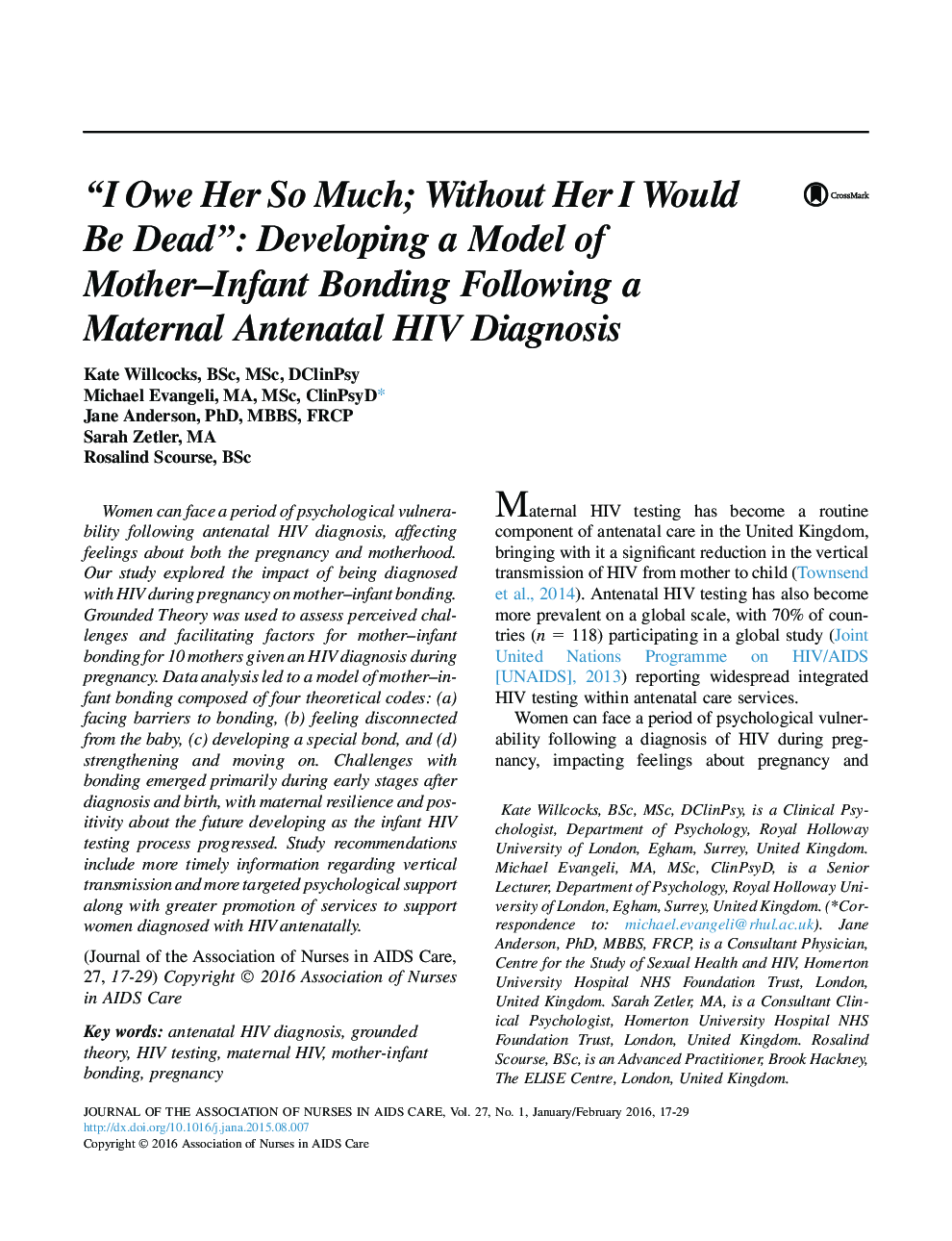 Women can face a period of psychological vulnerability following antenatal HIV diagnosis, affecting feelings about both the pregnancy and motherhood. Our study explored the impact of being diagnosed with HIV during pregnancy on mother–infant bonding. Grounded Theory was used to assess perceived challenges and facilitating factors for mother–infant bonding for 10 mothers given an HIV diagnosis during pregnancy. Data analysis led to a model of mother–infant bonding composed of four theoretical codes: (a) facing barriers to bonding, (b) feeling disconnected from the baby, (c) developing a special bond, and (d) strengthening and moving on. Challenges with bonding emerged primarily during early stages after diagnosis and birth, with maternal resilience and positivity about the future developing as the infant HIV testing process progressed. Study recommendations include more timely information regarding vertical transmission and more targeted psychological support along with greater promotion of services to support women diagnosed with HIV antenatally.