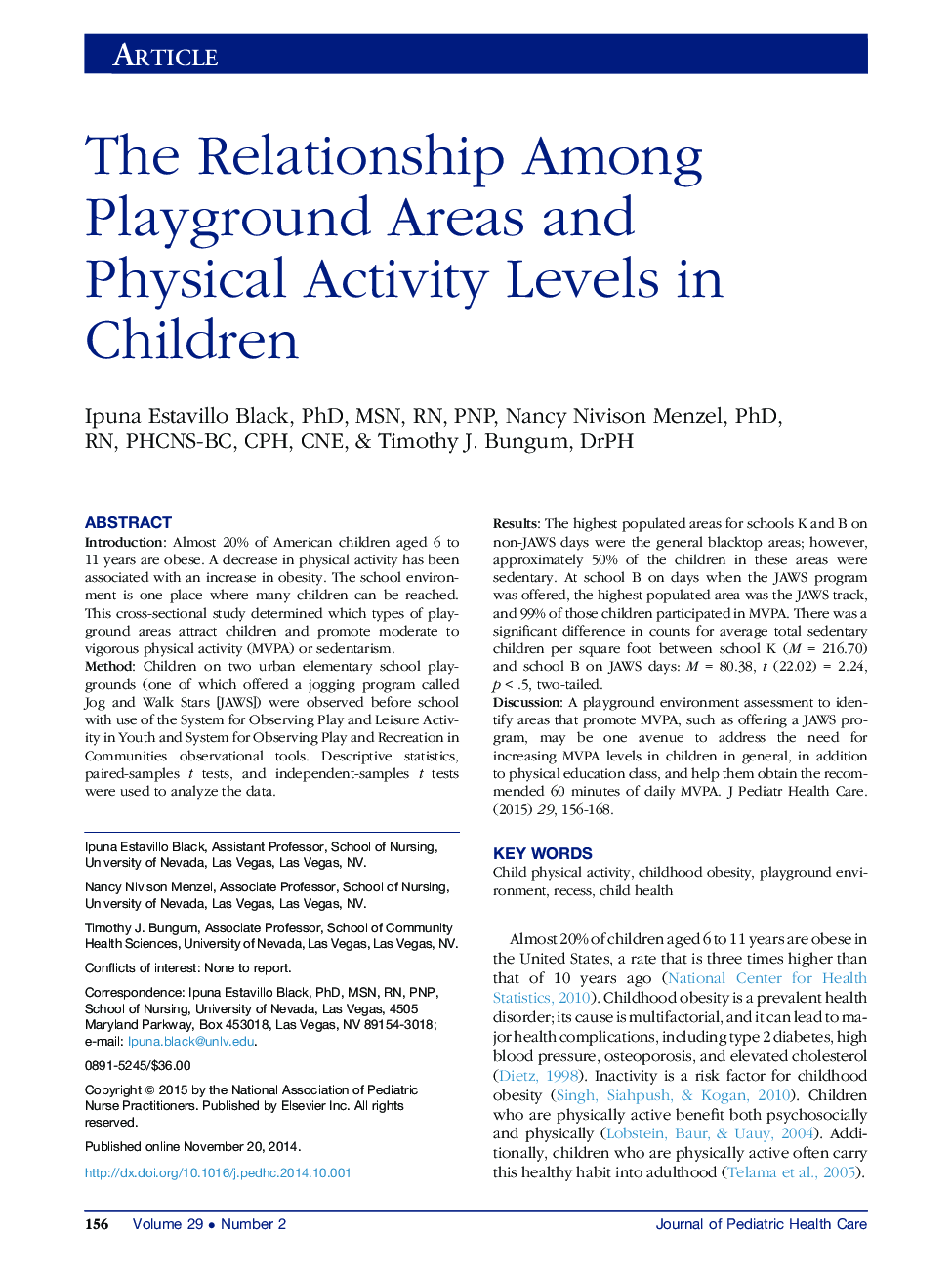 IntroductionAlmost 20% of American children aged 6 to 11 years are obese. A decrease in physical activity has been associated with an increase in obesity. The school environment is one place where many children can be reached. This cross-sectional study determined which types of playground areas attract children and promote moderate to vigorous physical activity (MVPA) or sedentarism.MethodChildren on two urban elementary school playgrounds (one of which offered a jogging program called Jog and Walk Stars [JAWS]) were observed before school with use of the System for Observing Play and Leisure Activity in Youth and System for Observing Play and Recreation in Communities observational tools. Descriptive statistics, paired-samples t tests, and independent-samples t tests were used to analyze the data.ResultsThe highest populated areas for schools K and B on non-JAWS days were the general blacktop areas; however, approximately 50% of the children in these areas were sedentary. At school B on days when the JAWS program was offered, the highest populated area was the JAWS track, and 99% of those children participated in MVPA. There was a significant difference in counts for average total sedentary children per square foot between school K (M = 216.70) and school B on JAWS days: M = 80.38, t (22.02) = 2.24, p < .5, two-tailed.DiscussionA playground environment assessment to identify areas that promote MVPA, such as offering a JAWS program, may be one avenue to address the need for increasing MVPA levels in children in general, in addition to physical education class, and help them obtain the recommended 60 minutes of daily MVPA.