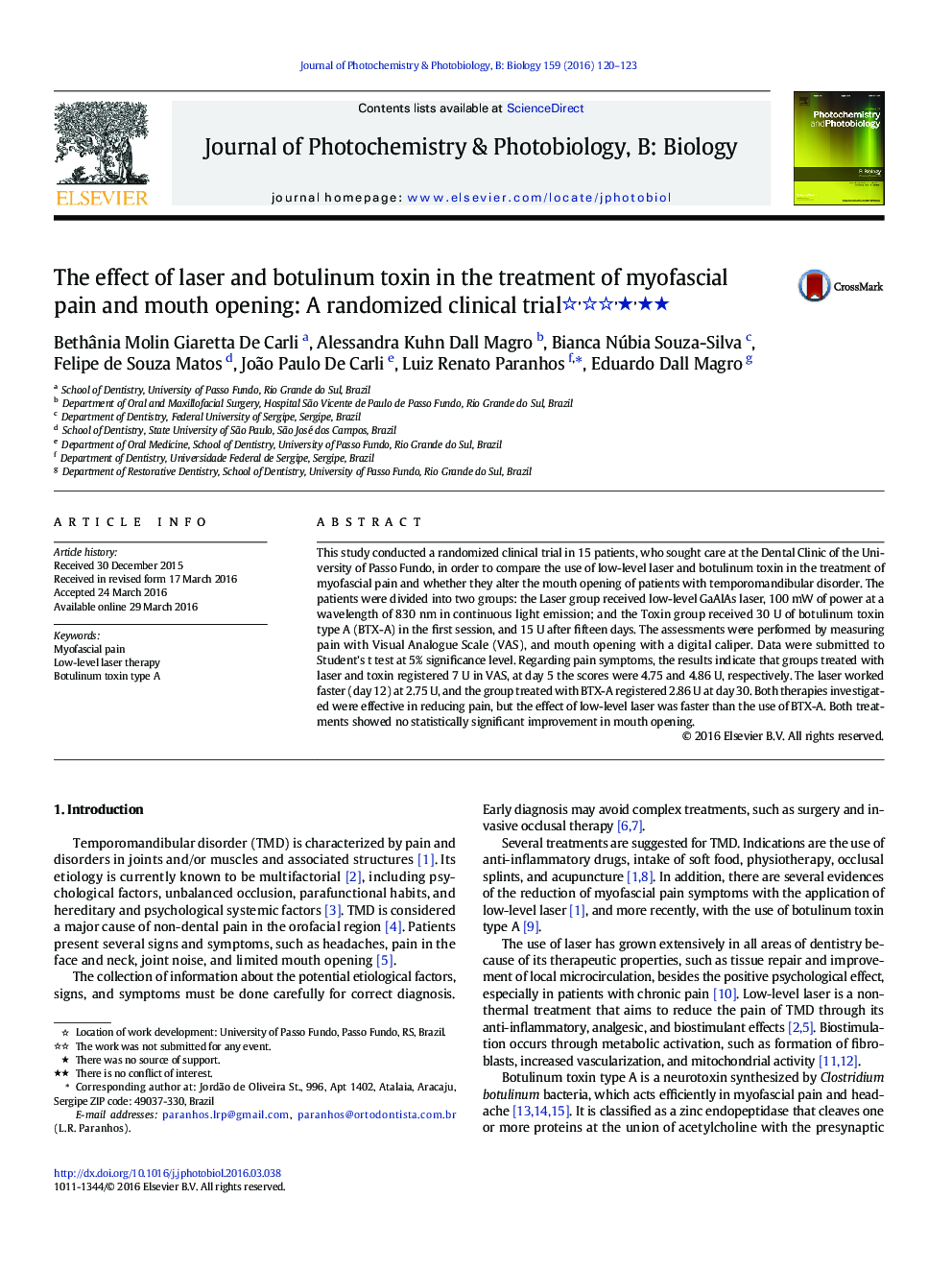 • The low-level laser and BTX-A therapies investigated were effective in reducing pain during the observation period employed.
• The effect of low-level laser was faster than the use of BTX-A.
• Both treatments showed no statistically significant improvement in mouth opening.

This study conducted a randomized clinical trial in 15 patients, who sought care at the Dental Clinic of the University of Passo Fundo, in order to compare the use of low-level laser and botulinum toxin in the treatment of myofascial pain and whether they alter the mouth opening of patients with temporomandibular disorder. The patients were divided into two groups: the Laser group received low-level GaAlAs laser, 100 mW of power at a wavelength of 830 nm in continuous light emission; and the Toxin group received 30 U of botulinum toxin type A (BTX-A) in the first session, and 15 U after fifteen days. The assessments were performed by measuring pain with Visual Analogue Scale (VAS), and mouth opening with a digital caliper. Data were submitted to Student's t test at 5% significance level. Regarding pain symptoms, the results indicate that groups treated with laser and toxin registered 7 U in VAS, at day 5 the scores were 4.75 and 4.86 U, respectively. The laser worked faster (day 12) at 2.75 U, and the group treated with BTX-A registered 2.86 U at day 30. Both therapies investigated were effective in reducing pain, but the effect of low-level laser was faster than the use of BTX-A. Both treatments showed no statistically significant improvement in mouth opening.