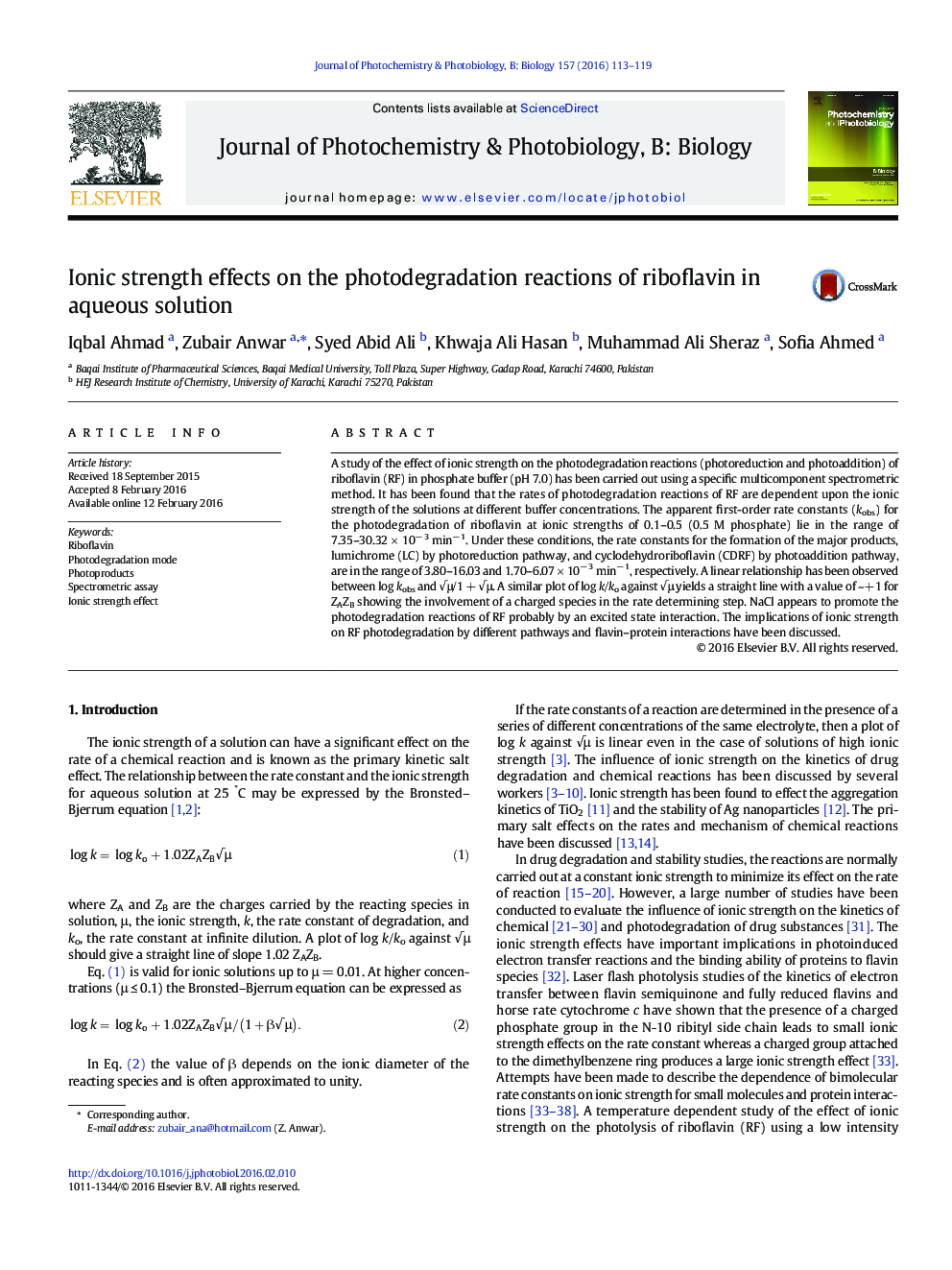 A study of the effect of ionic strength on the photodegradation reactions (photoreduction and photoaddition) of riboflavin (RF) in phosphate buffer (pH 7.0) has been carried out using a specific multicomponent spectrometric method. It has been found that the rates of photodegradation reactions of RF are dependent upon the ionic strength of the solutions at different buffer concentrations. The apparent first-order rate constants (kobs) for the photodegradation of riboflavin at ionic strengths of 0.1–0.5 (0.5 M phosphate) lie in the range of 7.35–30.32 × 10− 3 min− 1. Under these conditions, the rate constants for the formation of the major products, lumichrome (LC) by photoreduction pathway, and cyclodehydroriboflavin (CDRF) by photoaddition pathway, are in the range of 3.80–16.03 and 1.70–6.07 × 10− 3 min− 1, respectively. A linear relationship has been observed between log kobs and √ μ/1 + √ μ. A similar plot of log k/ko against √ μ yields a straight line with a value of ~+1 for ZAZB showing the involvement of a charged species in the rate determining step. NaCl appears to promote the photodegradation reactions of RF probably by an excited state interaction. The implications of ionic strength on RF photodegradation by different pathways and flavin–protein interactions have been discussed.