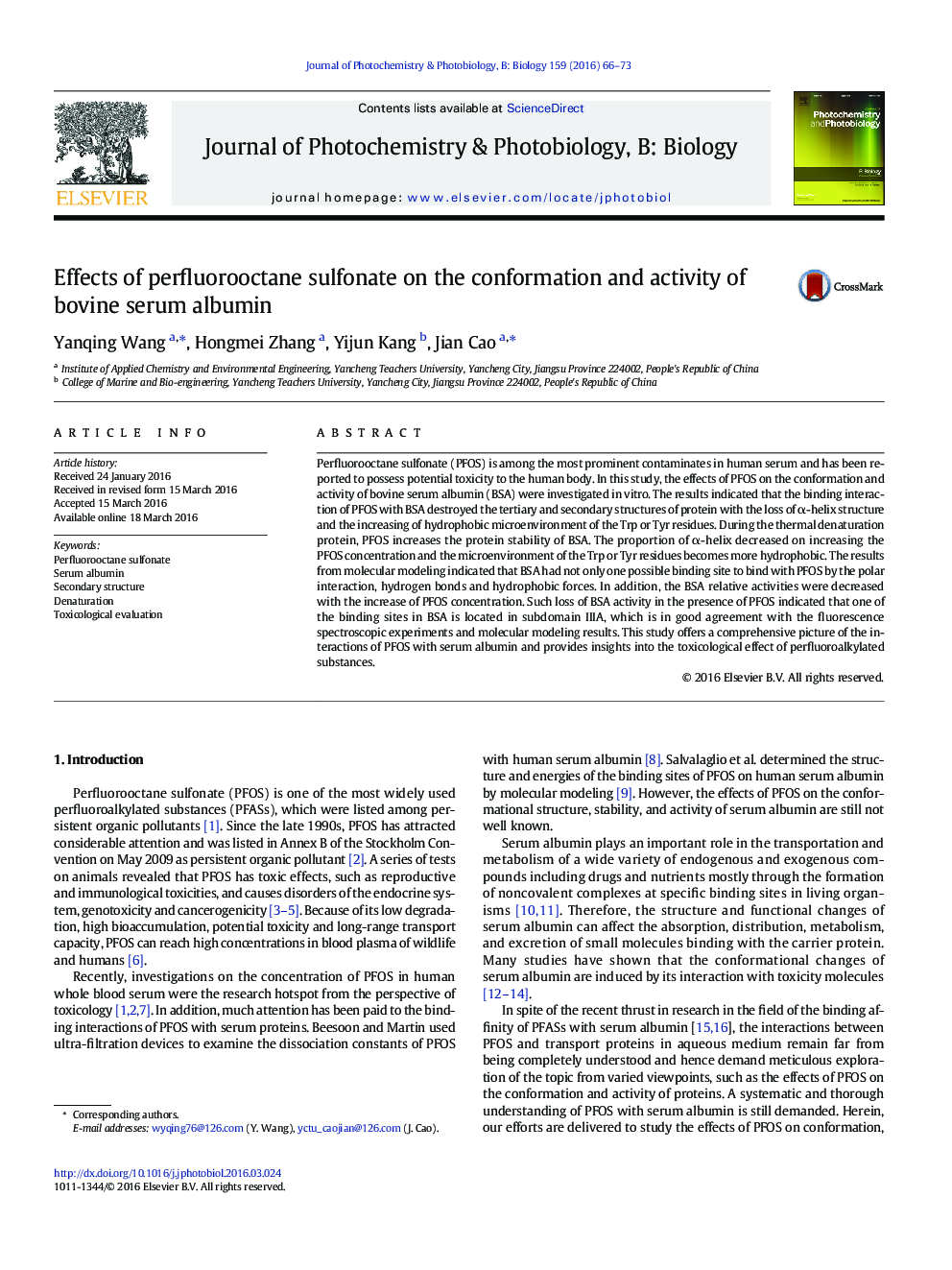 • Binding interaction of PFOS with BSA was investigated.
• PFOS exhibits influence on the conformation of BSA.
• PFOS increases the protein stability of BSA during the thermal denaturation of protein.
• Multiple non-covalent binding forces are involved in the binding process.

Perfluorooctane sulfonate (PFOS) is among the most prominent contaminates in human serum and has been reported to possess potential toxicity to the human body. In this study, the effects of PFOS on the conformation and activity of bovine serum albumin (BSA) were investigated in vitro. The results indicated that the binding interaction of PFOS with BSA destroyed the tertiary and secondary structures of protein with the loss of α-helix structure and the increasing of hydrophobic microenvironment of the Trp or Tyr residues. During the thermal denaturation protein, PFOS increases the protein stability of BSA. The proportion of α-helix decreased on increasing the PFOS concentration and the microenvironment of the Trp or Tyr residues becomes more hydrophobic. The results from molecular modeling indicated that BSA had not only one possible binding site to bind with PFOS by the polar interaction, hydrogen bonds and hydrophobic forces. In addition, the BSA relative activities were decreased with the increase of PFOS concentration. Such loss of BSA activity in the presence of PFOS indicated that one of the binding sites in BSA is located in subdomain IIIA, which is in good agreement with the fluorescence spectroscopic experiments and molecular modeling results. This study offers a comprehensive picture of the interactions of PFOS with serum albumin and provides insights into the toxicological effect of perfluoroalkylated substances.