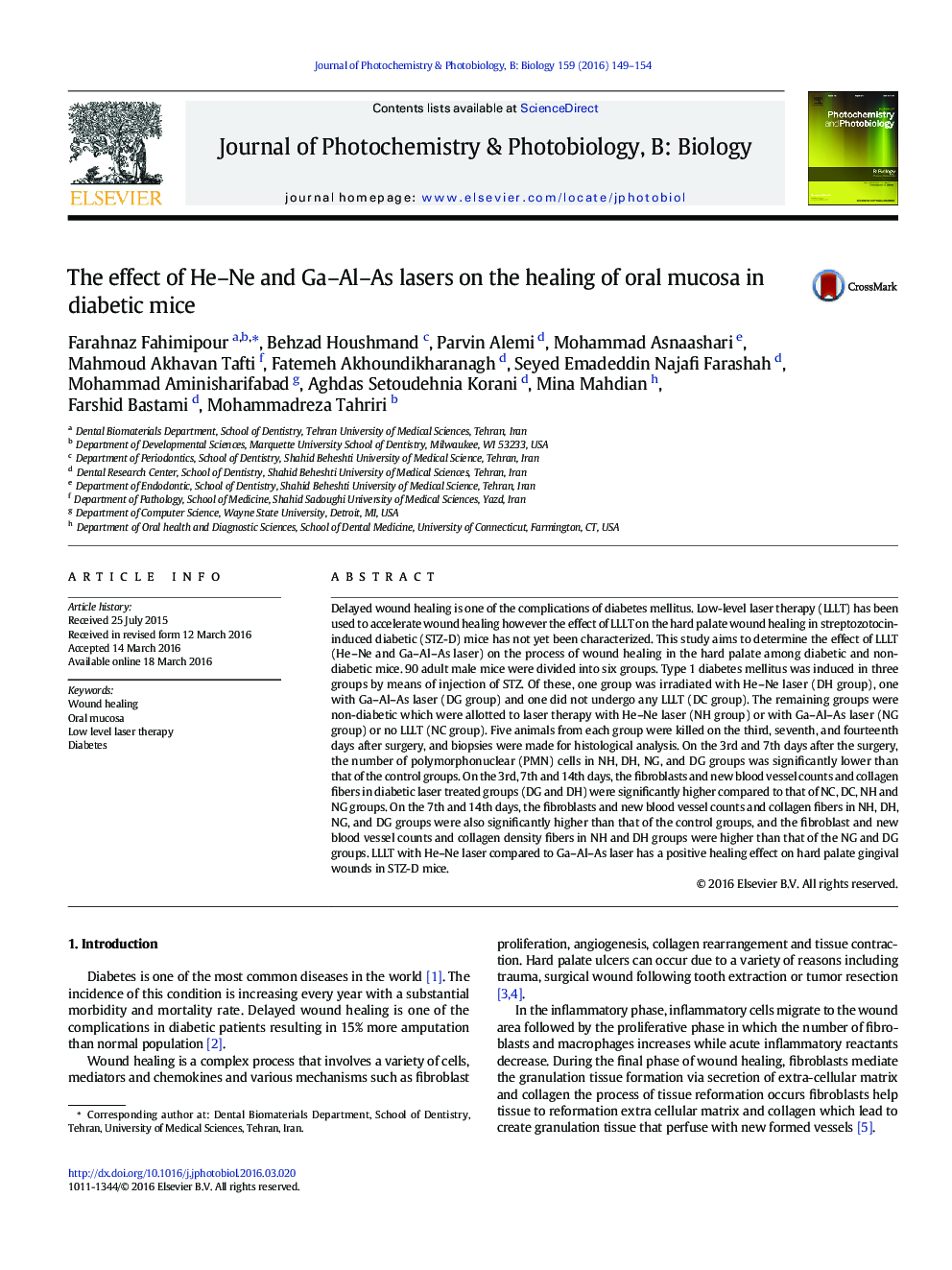 • Diabetes is one of the most common diseases of delayed wound healing.
• LLLT with He–Ne laser has a positive healing effect on hard palate gingival wounds.
• We studied the effect of a pulsed laser on wound healing in diabetic rats.