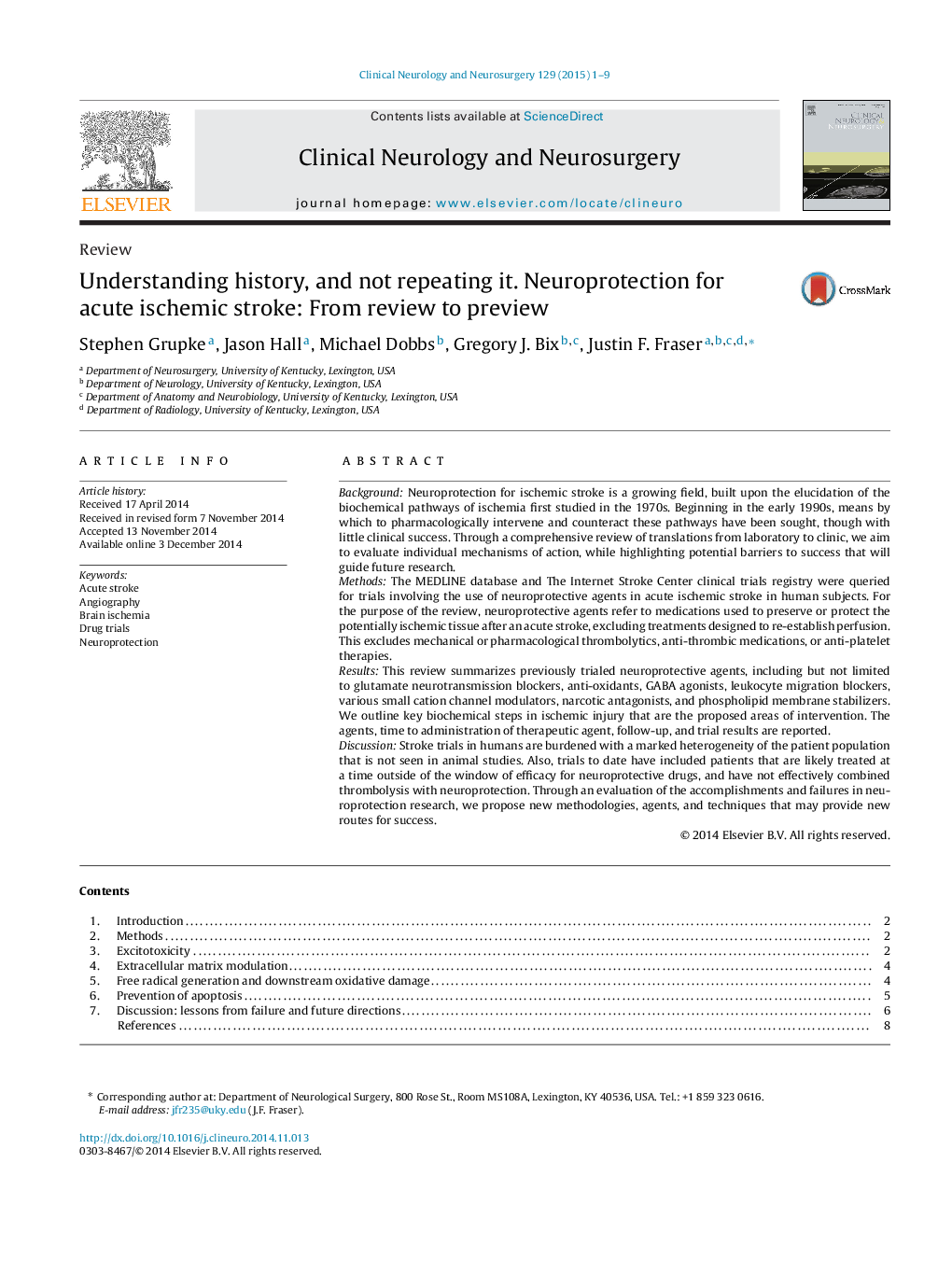 BackgroundNeuroprotection for ischemic stroke is a growing field, built upon the elucidation of the biochemical pathways of ischemia first studied in the 1970s. Beginning in the early 1990s, means by which to pharmacologically intervene and counteract these pathways have been sought, though with little clinical success. Through a comprehensive review of translations from laboratory to clinic, we aim to evaluate individual mechanisms of action, while highlighting potential barriers to success that will guide future research.MethodsThe MEDLINE database and The Internet Stroke Center clinical trials registry were queried for trials involving the use of neuroprotective agents in acute ischemic stroke in human subjects. For the purpose of the review, neuroprotective agents refer to medications used to preserve or protect the potentially ischemic tissue after an acute stroke, excluding treatments designed to re-establish perfusion. This excludes mechanical or pharmacological thrombolytics, anti-thrombic medications, or anti-platelet therapies.ResultsThis review summarizes previously trialed neuroprotective agents, including but not limited to glutamate neurotransmission blockers, anti-oxidants, GABA agonists, leukocyte migration blockers, various small cation channel modulators, narcotic antagonists, and phospholipid membrane stabilizers. We outline key biochemical steps in ischemic injury that are the proposed areas of intervention. The agents, time to administration of therapeutic agent, follow-up, and trial results are reported.DiscussionStroke trials in humans are burdened with a marked heterogeneity of the patient population that is not seen in animal studies. Also, trials to date have included patients that are likely treated at a time outside of the window of efficacy for neuroprotective drugs, and have not effectively combined thrombolysis with neuroprotection. Through an evaluation of the accomplishments and failures in neuroprotection research, we propose new methodologies, agents, and techniques that may provide new routes for success.