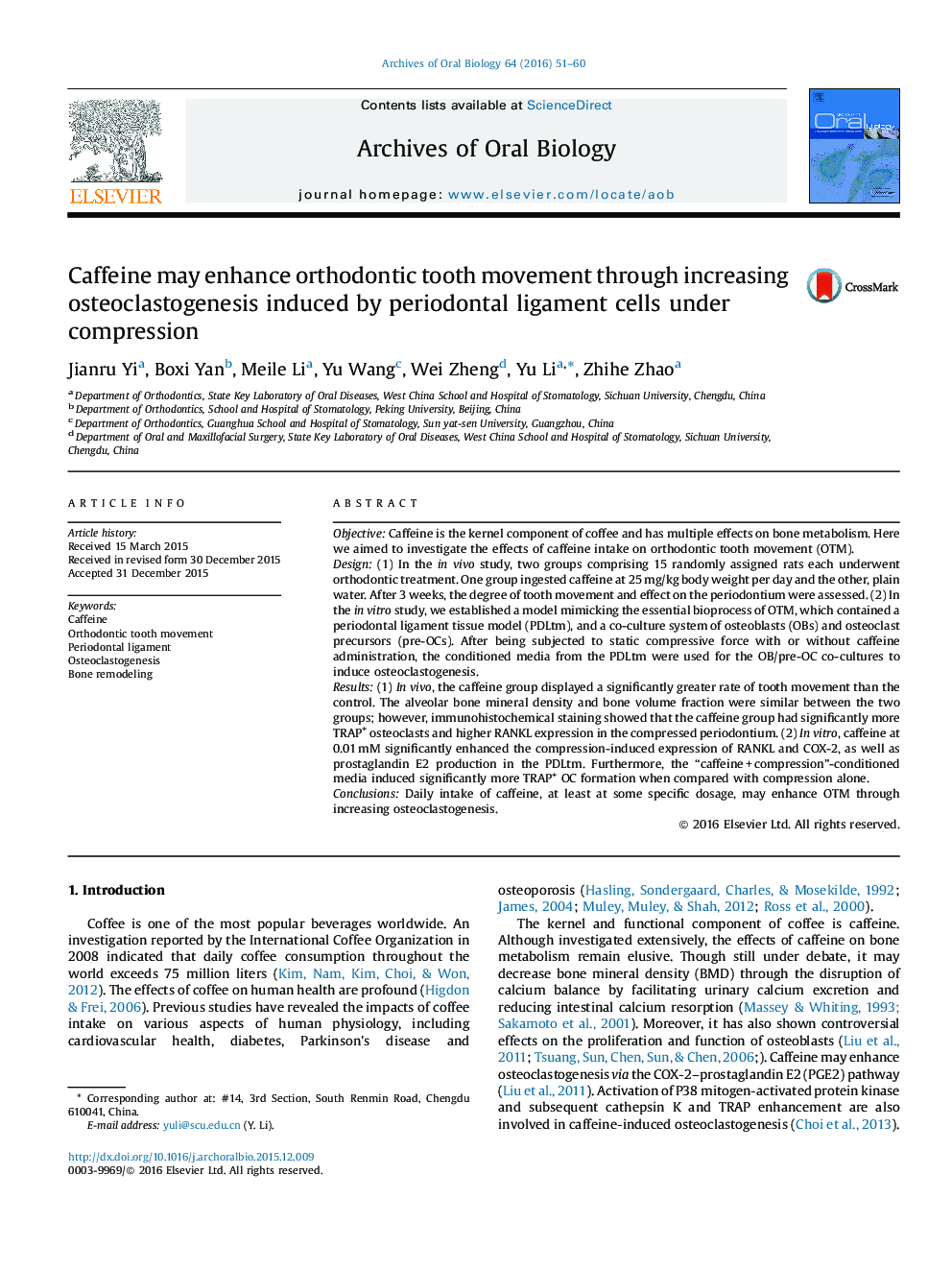 ObjectiveCaffeine is the kernel component of coffee and has multiple effects on bone metabolism. Here we aimed to investigate the effects of caffeine intake on orthodontic tooth movement (OTM).Design(1) In the in vivo study, two groups comprising 15 randomly assigned rats each underwent orthodontic treatment. One group ingested caffeine at 25 mg/kg body weight per day and the other, plain water. After 3 weeks, the degree of tooth movement and effect on the periodontium were assessed. (2) In the in vitro study, we established a model mimicking the essential bioprocess of OTM, which contained a periodontal ligament tissue model (PDLtm), and a co-culture system of osteoblasts (OBs) and osteoclast precursors (pre-OCs). After being subjected to static compressive force with or without caffeine administration, the conditioned media from the PDLtm were used for the OB/pre-OC co-cultures to induce osteoclastogenesis.Results(1) In vivo, the caffeine group displayed a significantly greater rate of tooth movement than the control. The alveolar bone mineral density and bone volume fraction were similar between the two groups; however, immunohistochemical staining showed that the caffeine group had significantly more TRAP+ osteoclasts and higher RANKL expression in the compressed periodontium. (2) In vitro, caffeine at 0.01 mM significantly enhanced the compression-induced expression of RANKL and COX-2, as well as prostaglandin E2 production in the PDLtm. Furthermore, the “caffeine + compression”-conditioned media induced significantly more TRAP+ OC formation when compared with compression alone.ConclusionsDaily intake of caffeine, at least at some specific dosage, may enhance OTM through increasing osteoclastogenesis.