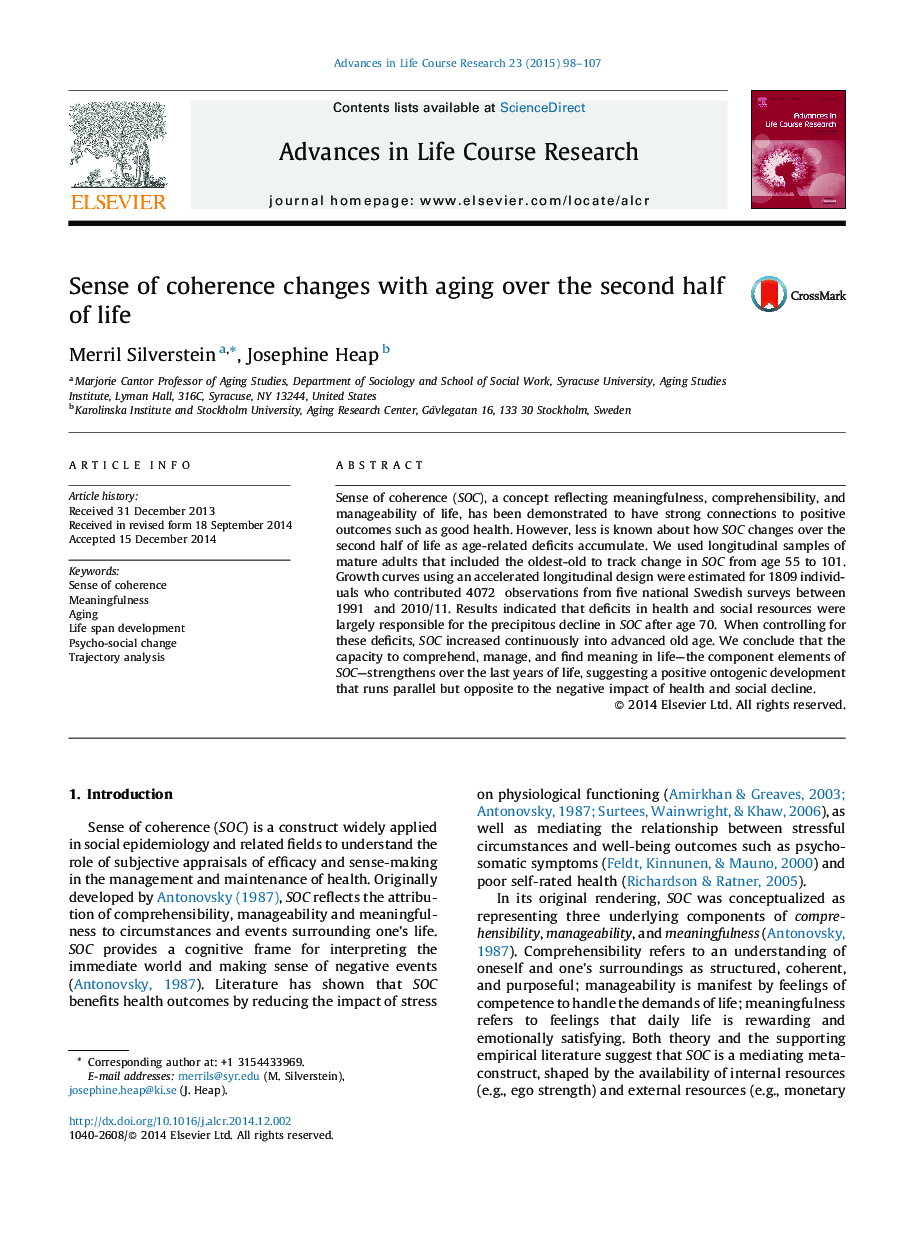 Sense of coherence (SOC), a concept reflecting meaningfulness, comprehensibility, and manageability of life, has been demonstrated to have strong connections to positive outcomes such as good health. However, less is known about how SOC changes over the second half of life as age-related deficits accumulate. We used longitudinal samples of mature adults that included the oldest-old to track change in SOC from age 55 to 101. Growth curves using an accelerated longitudinal design were estimated for 1809 individuals who contributed 4072 observations from five national Swedish surveys between 1991 and 2010/11. Results indicated that deficits in health and social resources were largely responsible for the precipitous decline in SOC after age 70. When controlling for these deficits, SOC increased continuously into advanced old age. We conclude that the capacity to comprehend, manage, and find meaning in life—the component elements of SOC—strengthens over the last years of life, suggesting a positive ontogenic development that runs parallel but opposite to the negative impact of health and social decline.