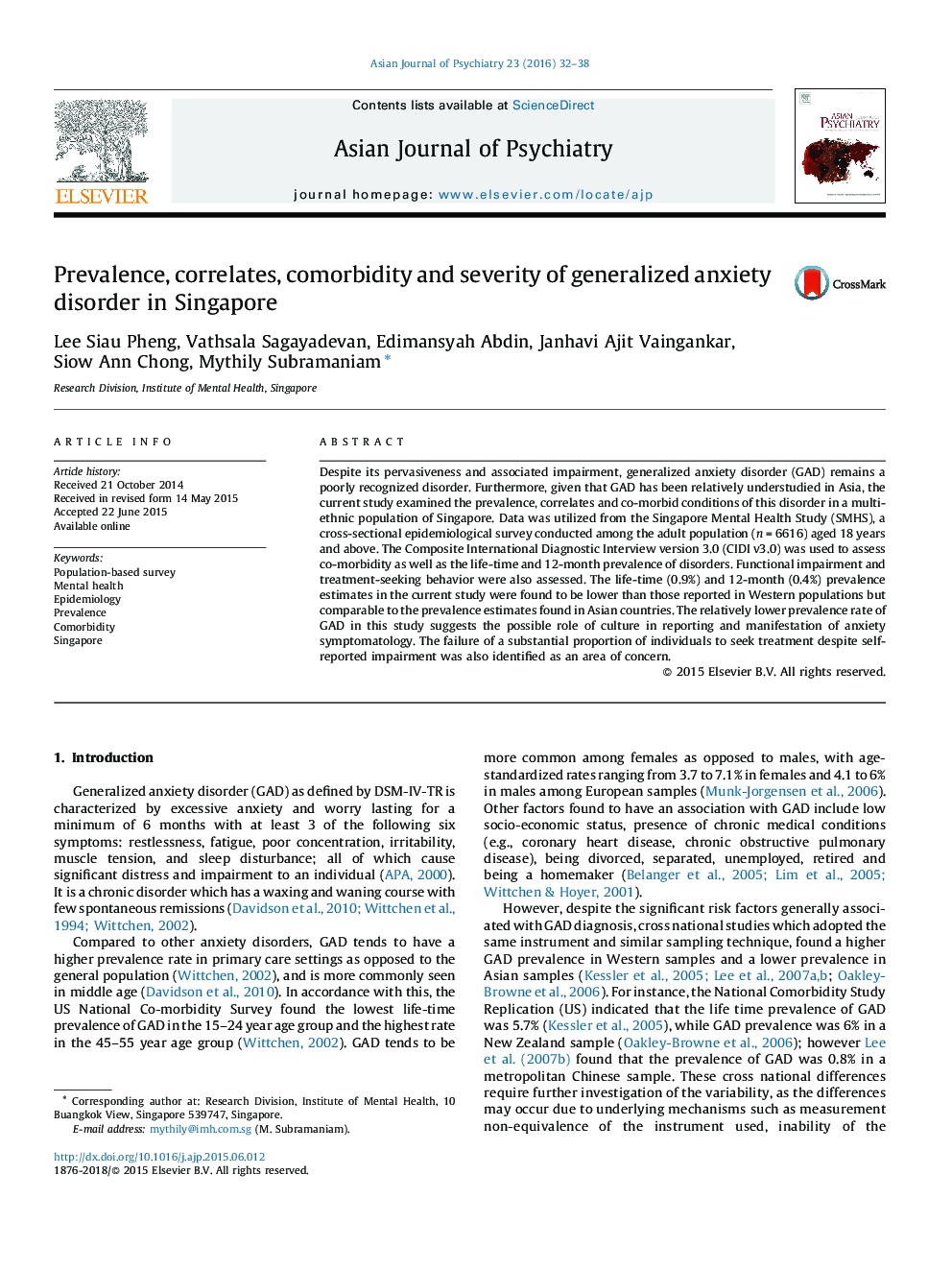 Despite its pervasiveness and associated impairment, generalized anxiety disorder (GAD) remains a poorly recognized disorder. Furthermore, given that GAD has been relatively understudied in Asia, the current study examined the prevalence, correlates and co-morbid conditions of this disorder in a multi-ethnic population of Singapore. Data was utilized from the Singapore Mental Health Study (SMHS), a cross-sectional epidemiological survey conducted among the adult population (n = 6616) aged 18 years and above. The Composite International Diagnostic Interview version 3.0 (CIDI v3.0) was used to assess co-morbidity as well as the life-time and 12-month prevalence of disorders. Functional impairment and treatment-seeking behavior were also assessed. The life-time (0.9%) and 12-month (0.4%) prevalence estimates in the current study were found to be lower than those reported in Western populations but comparable to the prevalence estimates found in Asian countries. The relatively lower prevalence rate of GAD in this study suggests the possible role of culture in reporting and manifestation of anxiety symptomatology. The failure of a substantial proportion of individuals to seek treatment despite self-reported impairment was also identified as an area of concern.