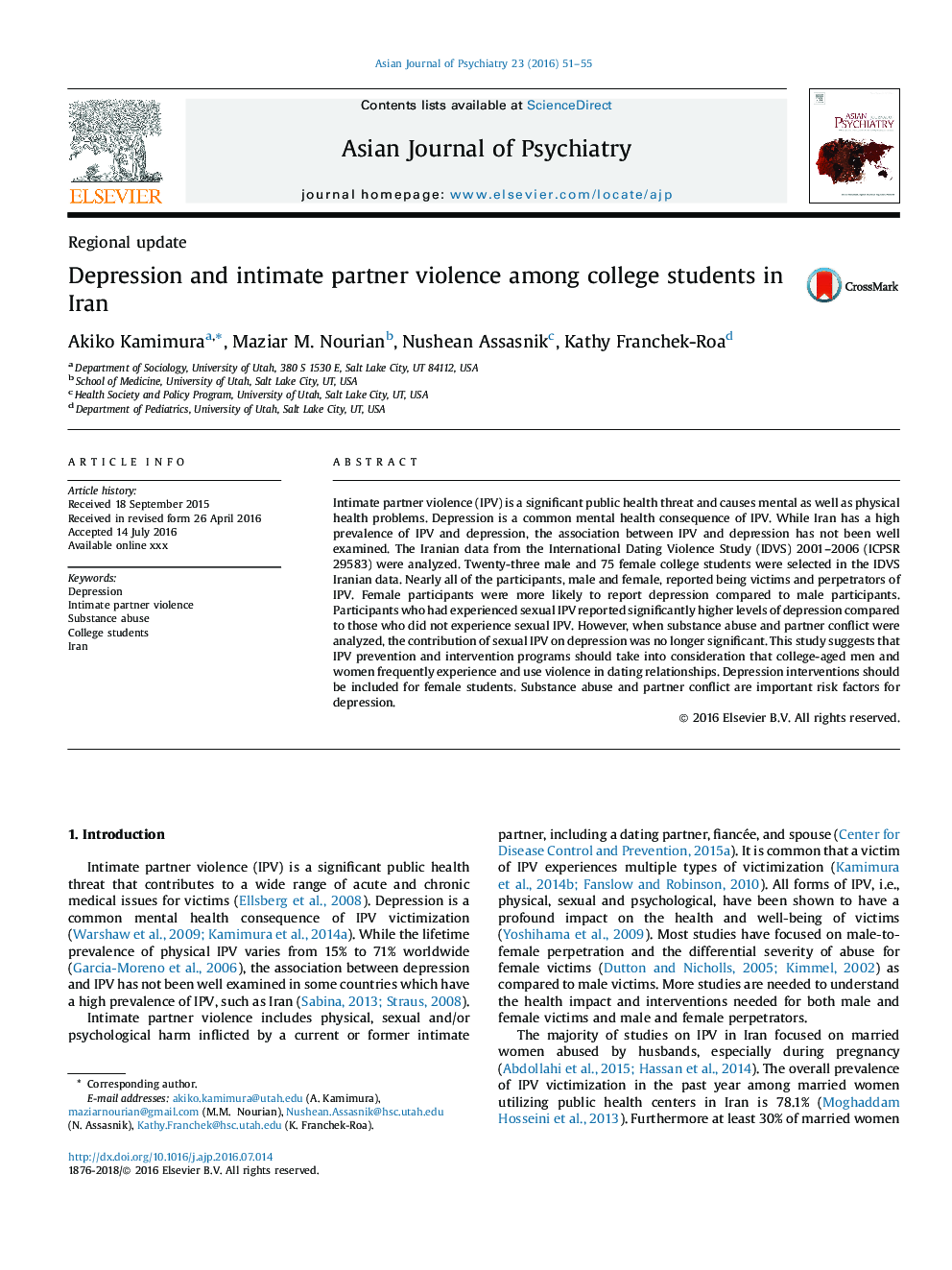 Intimate partner violence (IPV) is a significant public health threat and causes mental as well as physical health problems. Depression is a common mental health consequence of IPV. While Iran has a high prevalence of IPV and depression, the association between IPV and depression has not been well examined. The Iranian data from the International Dating Violence Study (IDVS) 2001–2006 (ICPSR 29583) were analyzed. Twenty-three male and 75 female college students were selected in the IDVS Iranian data. Nearly all of the participants, male and female, reported being victims and perpetrators of IPV. Female participants were more likely to report depression compared to male participants. Participants who had experienced sexual IPV reported significantly higher levels of depression compared to those who did not experience sexual IPV. However, when substance abuse and partner conflict were analyzed, the contribution of sexual IPV on depression was no longer significant. This study suggests that IPV prevention and intervention programs should take into consideration that college-aged men and women frequently experience and use violence in dating relationships. Depression interventions should be included for female students. Substance abuse and partner conflict are important risk factors for depression.