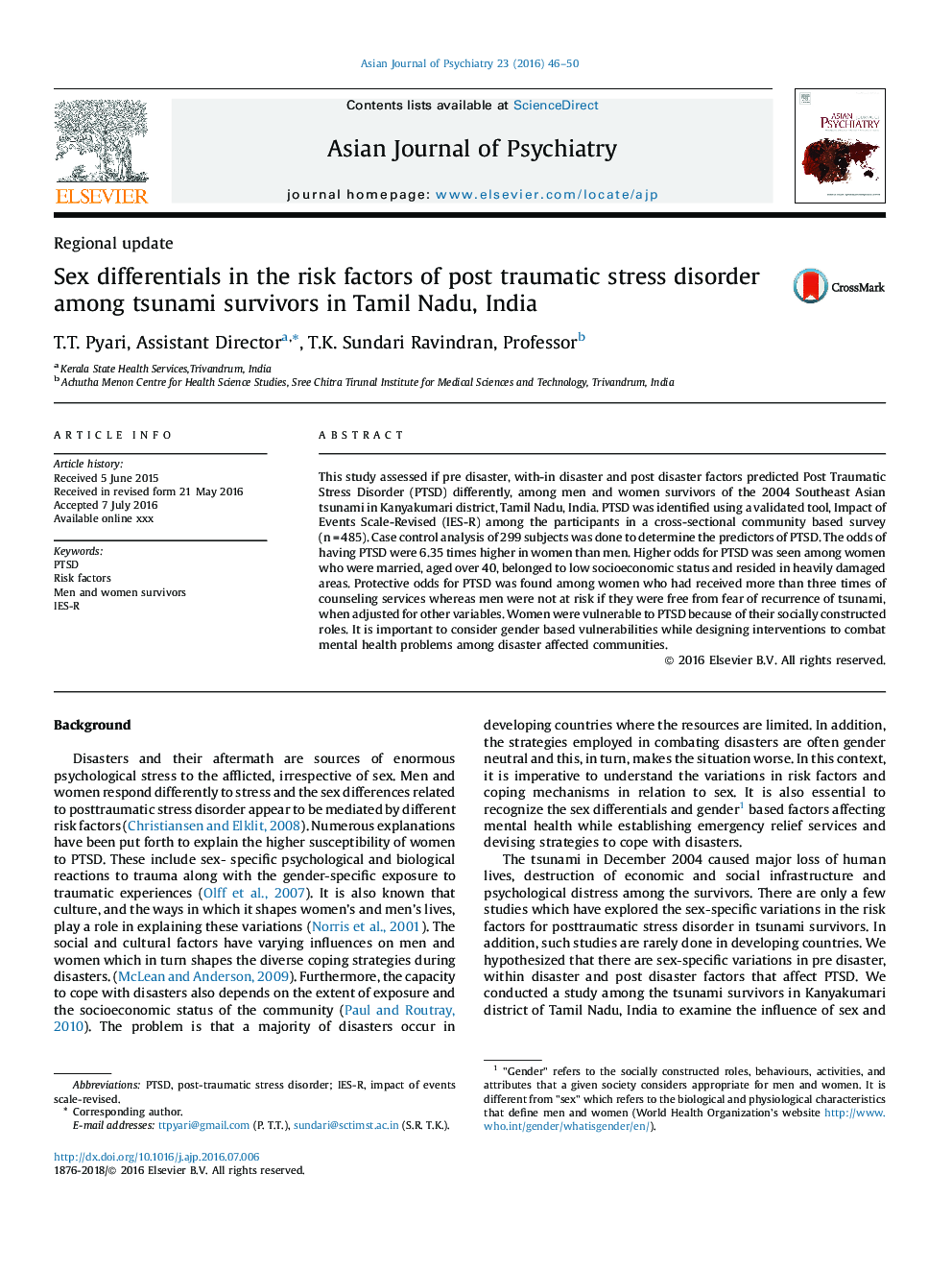 • Stratified analysis was done to assess the relation of other risk factors on PTSD among men and women separately.
• Apparent sex differences exist in predicting risk factors of PTSD.
• The odds of having PTSD were 6.35 times higher in women than men.
• Women were vulnerable to PTSD because of their socially constructed roles.

This study assessed if pre disaster, with-in disaster and post disaster factors predicted Post Traumatic Stress Disorder (PTSD) differently, among men and women survivors of the 2004 Southeast Asian tsunami in Kanyakumari district, Tamil Nadu, India. PTSD was identified using a validated tool, Impact of Events Scale-Revised (IES-R) among the participants in a cross-sectional community based survey (n = 485). Case control analysis of 299 subjects was done to determine the predictors of PTSD. The odds of having PTSD were 6.35 times higher in women than men. Higher odds for PTSD was seen among women who were married, aged over 40, belonged to low socioeconomic status and resided in heavily damaged areas. Protective odds for PTSD was found among women who had received more than three times of counseling services whereas men were not at risk if they were free from fear of recurrence of tsunami, when adjusted for other variables. Women were vulnerable to PTSD because of their socially constructed roles. It is important to consider gender based vulnerabilities while designing interventions to combat mental health problems among disaster affected communities.