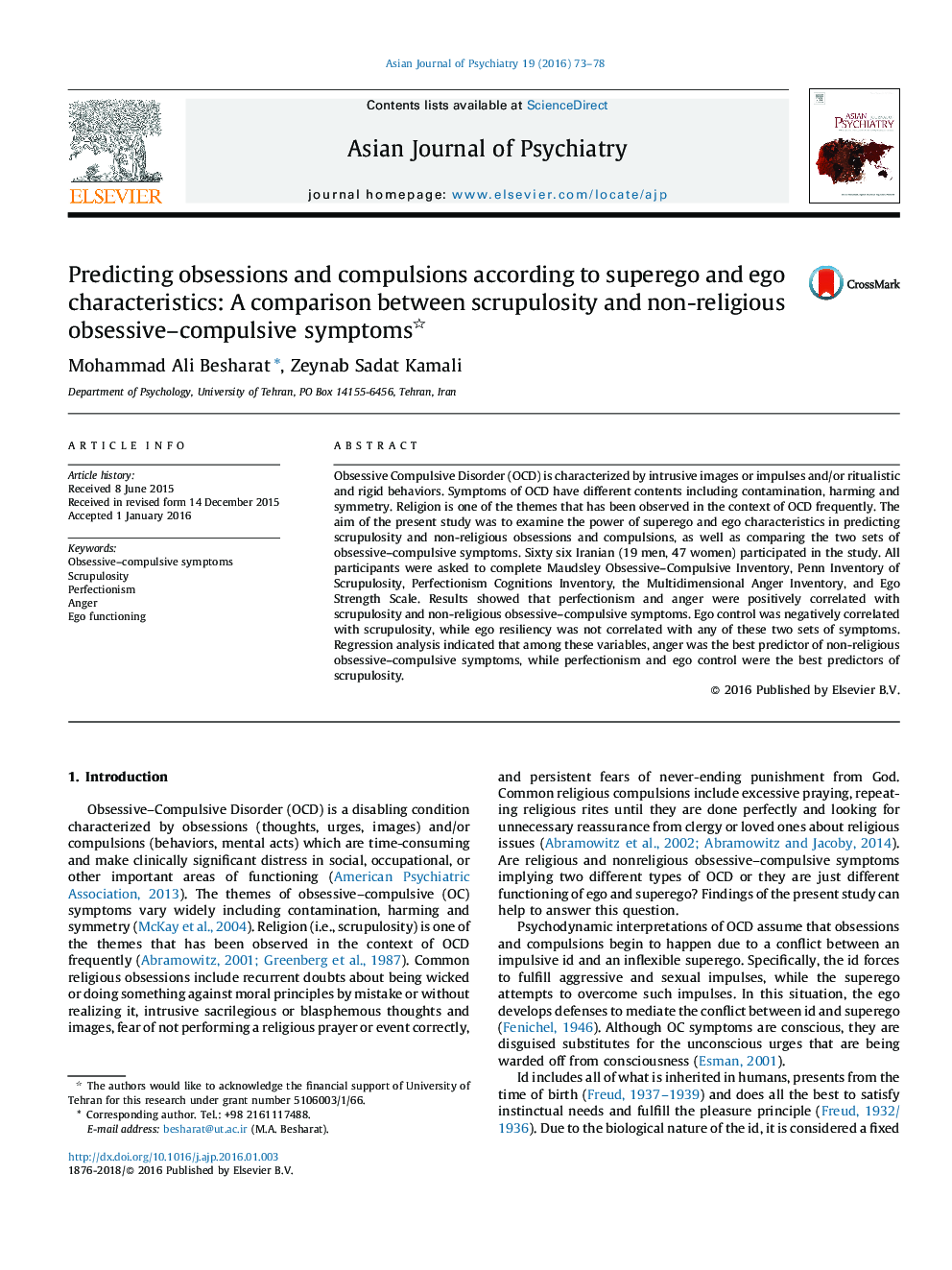 Obsessive Compulsive Disorder (OCD) is characterized by intrusive images or impulses and/or ritualistic and rigid behaviors. Symptoms of OCD have different contents including contamination, harming and symmetry. Religion is one of the themes that has been observed in the context of OCD frequently. The aim of the present study was to examine the power of superego and ego characteristics in predicting scrupulosity and non-religious obsessions and compulsions, as well as comparing the two sets of obsessive–compulsive symptoms. Sixty six Iranian (19 men, 47 women) participated in the study. All participants were asked to complete Maudsley Obsessive–Compulsive Inventory, Penn Inventory of Scrupulosity, Perfectionism Cognitions Inventory, the Multidimensional Anger Inventory, and Ego Strength Scale. Results showed that perfectionism and anger were positively correlated with scrupulosity and non-religious obsessive–compulsive symptoms. Ego control was negatively correlated with scrupulosity, while ego resiliency was not correlated with any of these two sets of symptoms. Regression analysis indicated that among these variables, anger was the best predictor of non-religious obsessive–compulsive symptoms, while perfectionism and ego control were the best predictors of scrupulosity.