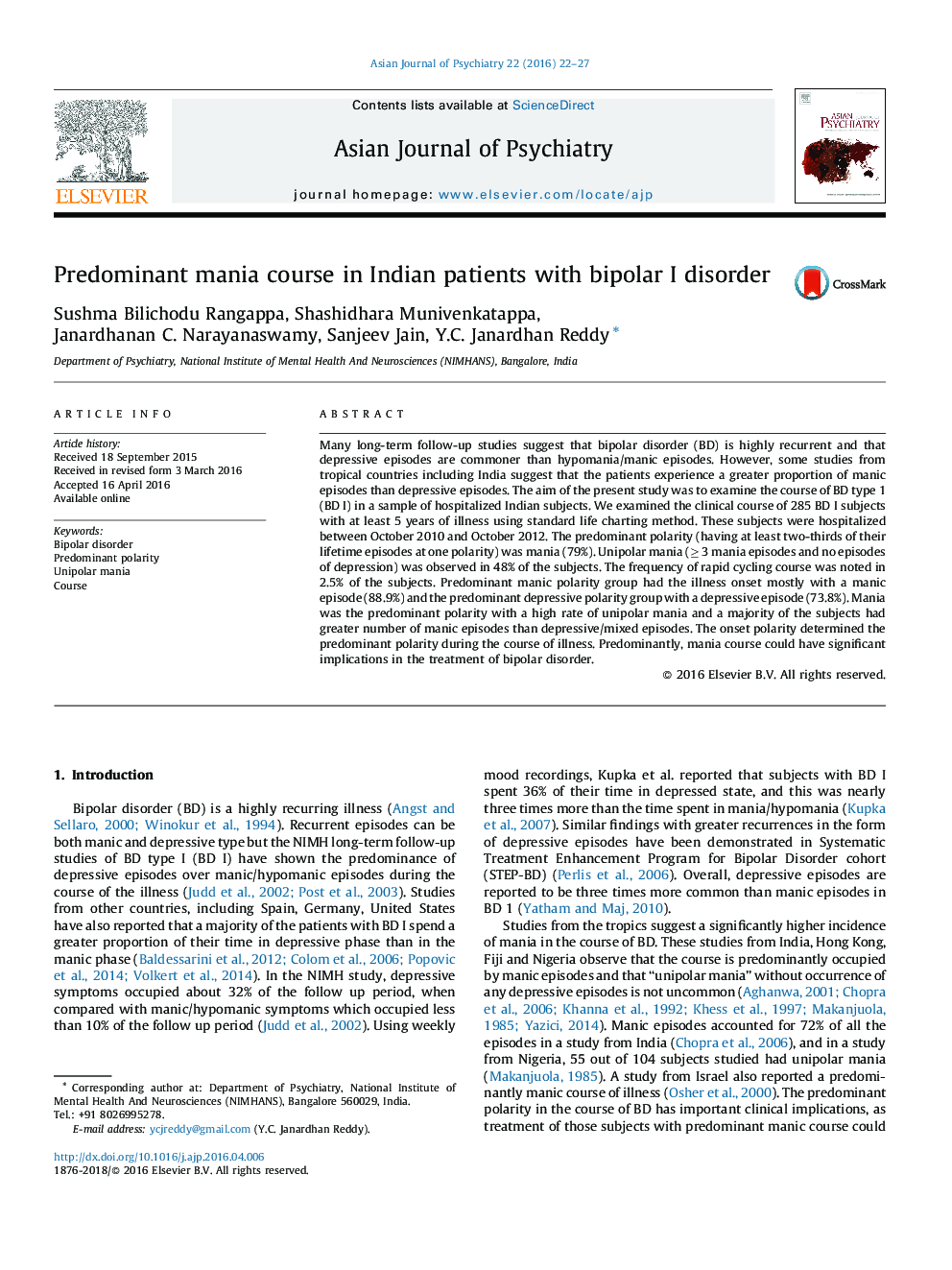 Many long-term follow-up studies suggest that bipolar disorder (BD) is highly recurrent and that depressive episodes are commoner than hypomania/manic episodes. However, some studies from tropical countries including India suggest that the patients experience a greater proportion of manic episodes than depressive episodes. The aim of the present study was to examine the course of BD type 1 (BD I) in a sample of hospitalized Indian subjects. We examined the clinical course of 285 BD I subjects with at least 5 years of illness using standard life charting method. These subjects were hospitalized between October 2010 and October 2012. The predominant polarity (having at least two-thirds of their lifetime episodes at one polarity) was mania (79%). Unipolar mania (≥ 3 mania episodes and no episodes of depression) was observed in 48% of the subjects. The frequency of rapid cycling course was noted in 2.5% of the subjects. Predominant manic polarity group had the illness onset mostly with a manic episode (88.9%) and the predominant depressive polarity group with a depressive episode (73.8%). Mania was the predominant polarity with a high rate of unipolar mania and a majority of the subjects had greater number of manic episodes than depressive/mixed episodes. The onset polarity determined the predominant polarity during the course of illness. Predominantly, mania course could have significant implications in the treatment of bipolar disorder.