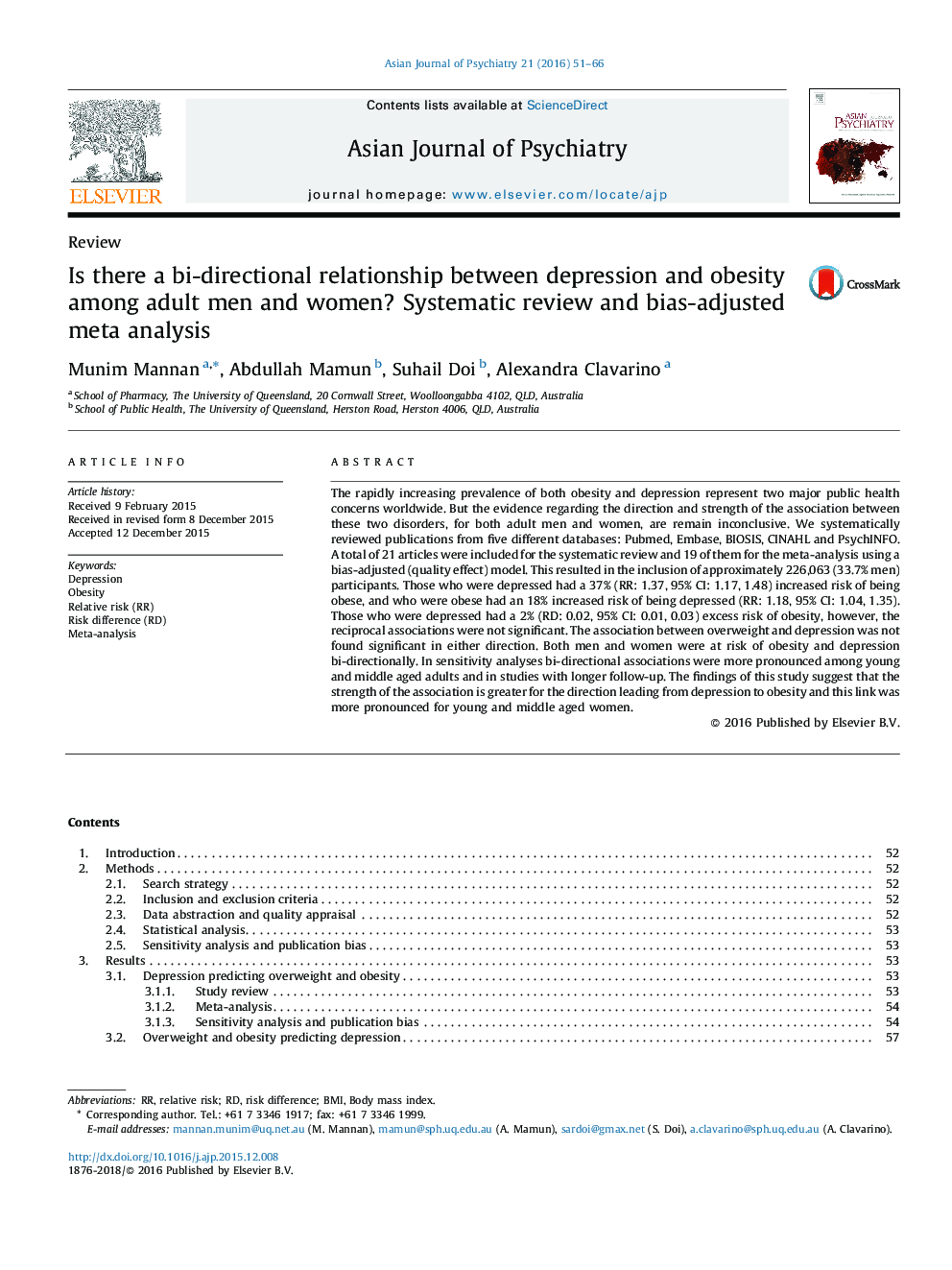 The rapidly increasing prevalence of both obesity and depression represent two major public health concerns worldwide. But the evidence regarding the direction and strength of the association between these two disorders, for both adult men and women, are remain inconclusive. We systematically reviewed publications from five different databases: Pubmed, Embase, BIOSIS, CINAHL and PsychINFO. A total of 21 articles were included for the systematic review and 19 of them for the meta-analysis using a bias-adjusted (quality effect) model. This resulted in the inclusion of approximately 226,063 (33.7% men) participants. Those who were depressed had a 37% (RR: 1.37, 95% CI: 1.17, 1.48) increased risk of being obese, and who were obese had an 18% increased risk of being depressed (RR: 1.18, 95% CI: 1.04, 1.35). Those who were depressed had a 2% (RD: 0.02, 95% CI: 0.01, 0.03) excess risk of obesity, however, the reciprocal associations were not significant. The association between overweight and depression was not found significant in either direction. Both men and women were at risk of obesity and depression bi-directionally. In sensitivity analyses bi-directional associations were more pronounced among young and middle aged adults and in studies with longer follow-up. The findings of this study suggest that the strength of the association is greater for the direction leading from depression to obesity and this link was more pronounced for young and middle aged women.