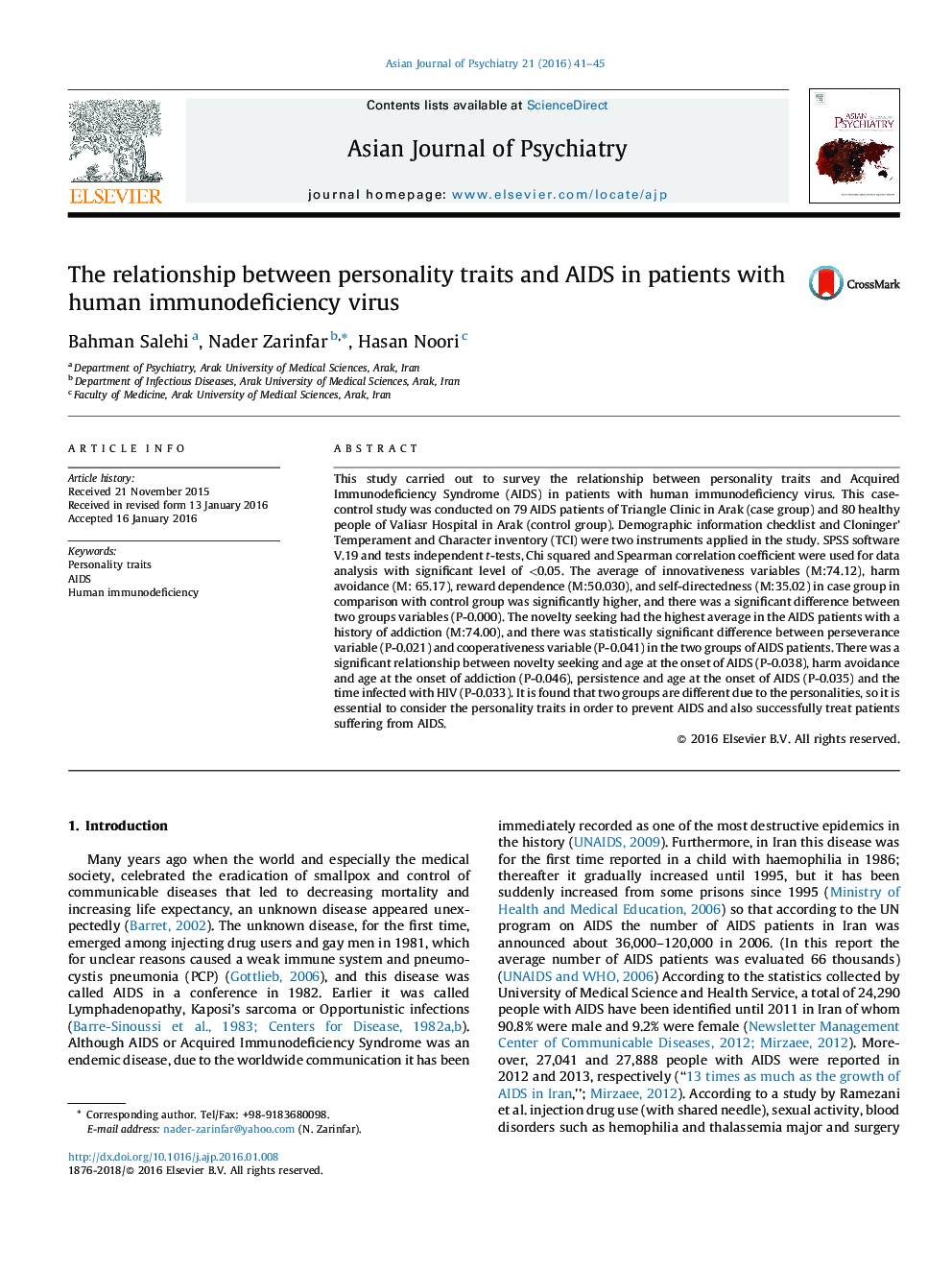 This study carried out to survey the relationship between personality traits and Acquired Immunodeficiency Syndrome (AIDS) in patients with human immunodeficiency virus. This case-control study was conducted on 79 AIDS patients of Triangle Clinic in Arak (case group) and 80 healthy people of Valiasr Hospital in Arak (control group). Demographic information checklist and Cloninger’ Temperament and Character inventory (TCI) were two instruments applied in the study. SPSS software V.19 and tests independent t-tests, Chi squared and Spearman correlation coefficient were used for data analysis with significant level of <0.05. The average of innovativeness variables (M:74.12), harm avoidance (M: 65.17), reward dependence (M:50.030), and self-directedness (M:35.02) in case group in comparison with control group was significantly higher, and there was a significant difference between two groups variables (P-0.000). The novelty seeking had the highest average in the AIDS patients with a history of addiction (M:74.00), and there was statistically significant difference between perseverance variable (P-0.021) and cooperativeness variable (P-0.041) in the two groups of AIDS patients. There was a significant relationship between novelty seeking and age at the onset of AIDS (P-0.038), harm avoidance and age at the onset of addiction (P-0.046), persistence and age at the onset of AIDS (P-0.035) and the time infected with HIV (P-0.033). It is found that two groups are different due to the personalities, so it is essential to consider the personality traits in order to prevent AIDS and also successfully treat patients suffering from AIDS.