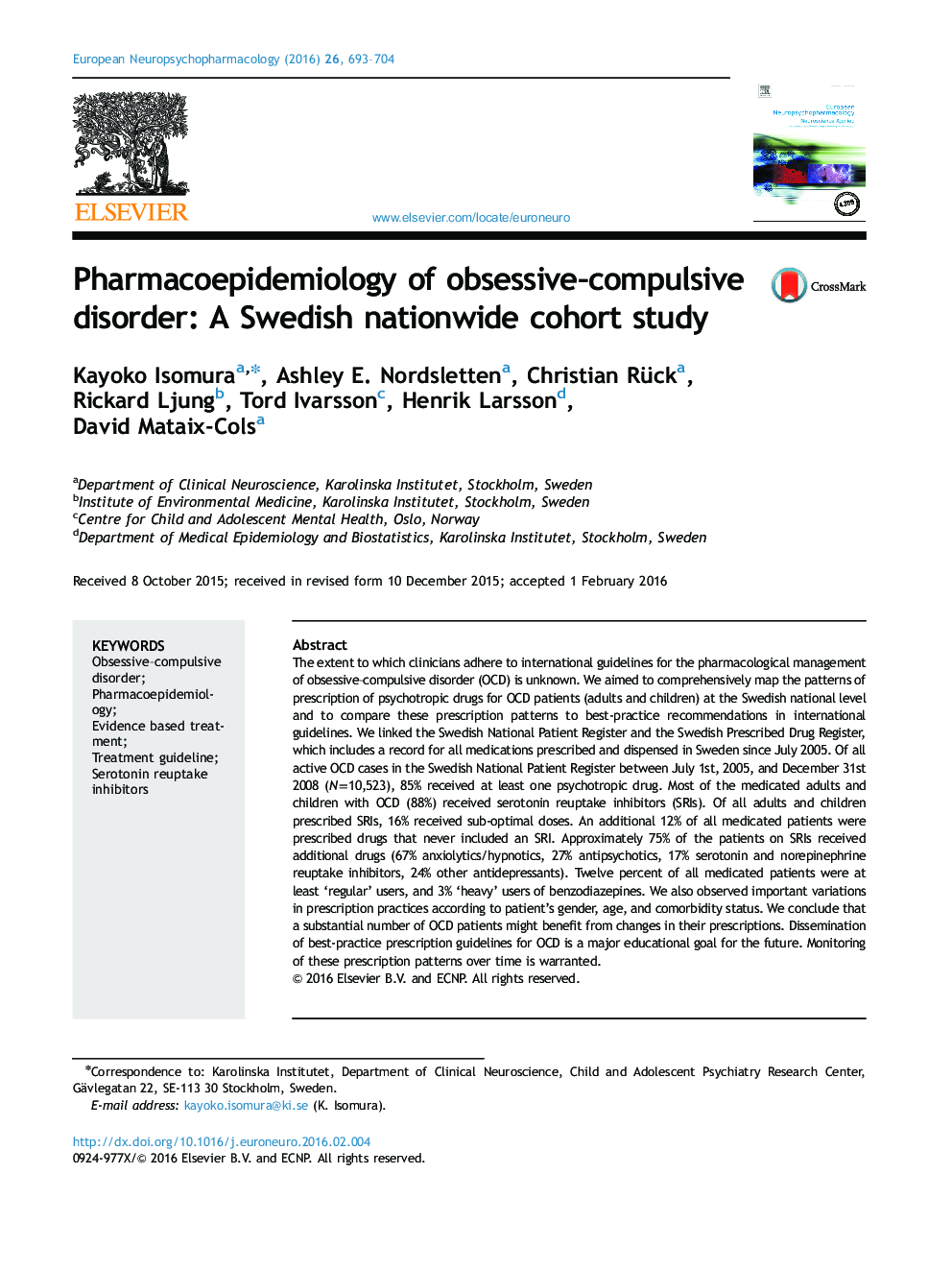 The extent to which clinicians adhere to international guidelines for the pharmacological management of obsessive–compulsive disorder (OCD) is unknown. We aimed to comprehensively map the patterns of prescription of psychotropic drugs for OCD patients (adults and children) at the Swedish national level and to compare these prescription patterns to best-practice recommendations in international guidelines. We linked the Swedish National Patient Register and the Swedish Prescribed Drug Register, which includes a record for all medications prescribed and dispensed in Sweden since July 2005. Of all active OCD cases in the Swedish National Patient Register between July 1st, 2005, and December 31st 2008 (N=10,523), 85% received at least one psychotropic drug. Most of the medicated adults and children with OCD (88%) received serotonin reuptake inhibitors (SRIs). Of all adults and children prescribed SRIs, 16% received sub-optimal doses. An additional 12% of all medicated patients were prescribed drugs that never included an SRI. Approximately 75% of the patients on SRIs received additional drugs (67% anxiolytics/hypnotics, 27% antipsychotics, 17% serotonin and norepinephrine reuptake inhibitors, 24% other antidepressants). Twelve percent of all medicated patients were at least ‘regular’ users, and 3% ‘heavy’ users of benzodiazepines. We also observed important variations in prescription practices according to patient’s gender, age, and comorbidity status. We conclude that a substantial number of OCD patients might benefit from changes in their prescriptions. Dissemination of best-practice prescription guidelines for OCD is a major educational goal for the future. Monitoring of these prescription patterns over time is warranted.