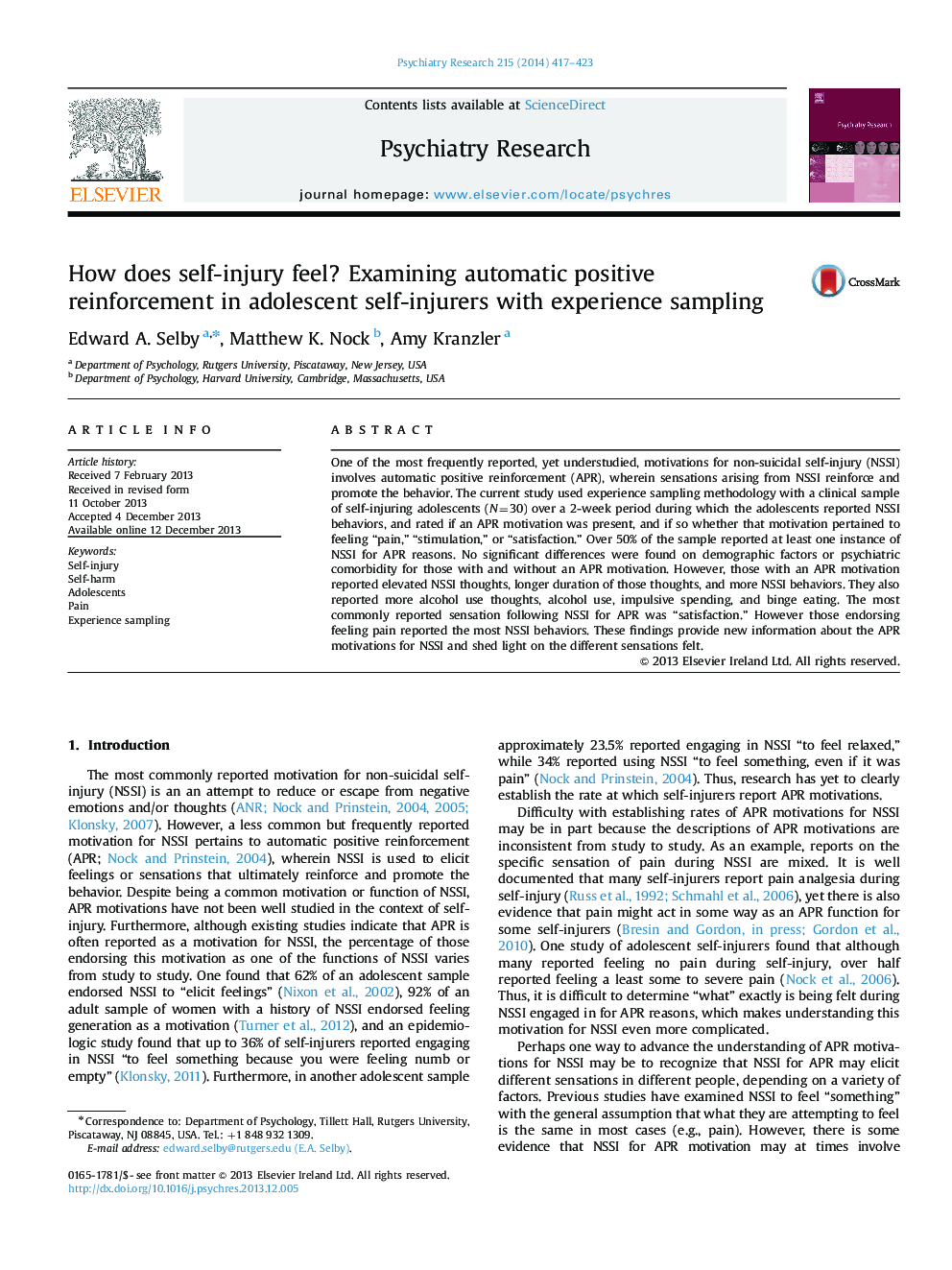 One of the most frequently reported, yet understudied, motivations for non-suicidal self-injury (NSSI) involves automatic positive reinforcement (APR), wherein sensations arising from NSSI reinforce and promote the behavior. The current study used experience sampling methodology with a clinical sample of self-injuring adolescents (N=30) over a 2-week period during which the adolescents reported NSSI behaviors, and rated if an APR motivation was present, and if so whether that motivation pertained to feeling “pain,” “stimulation,” or “satisfaction.” Over 50% of the sample reported at least one instance of NSSI for APR reasons. No significant differences were found on demographic factors or psychiatric comorbidity for those with and without an APR motivation. However, those with an APR motivation reported elevated NSSI thoughts, longer duration of those thoughts, and more NSSI behaviors. They also reported more alcohol use thoughts, alcohol use, impulsive spending, and binge eating. The most commonly reported sensation following NSSI for APR was “satisfaction.” However those endorsing feeling pain reported the most NSSI behaviors. These findings provide new information about the APR motivations for NSSI and shed light on the different sensations felt.