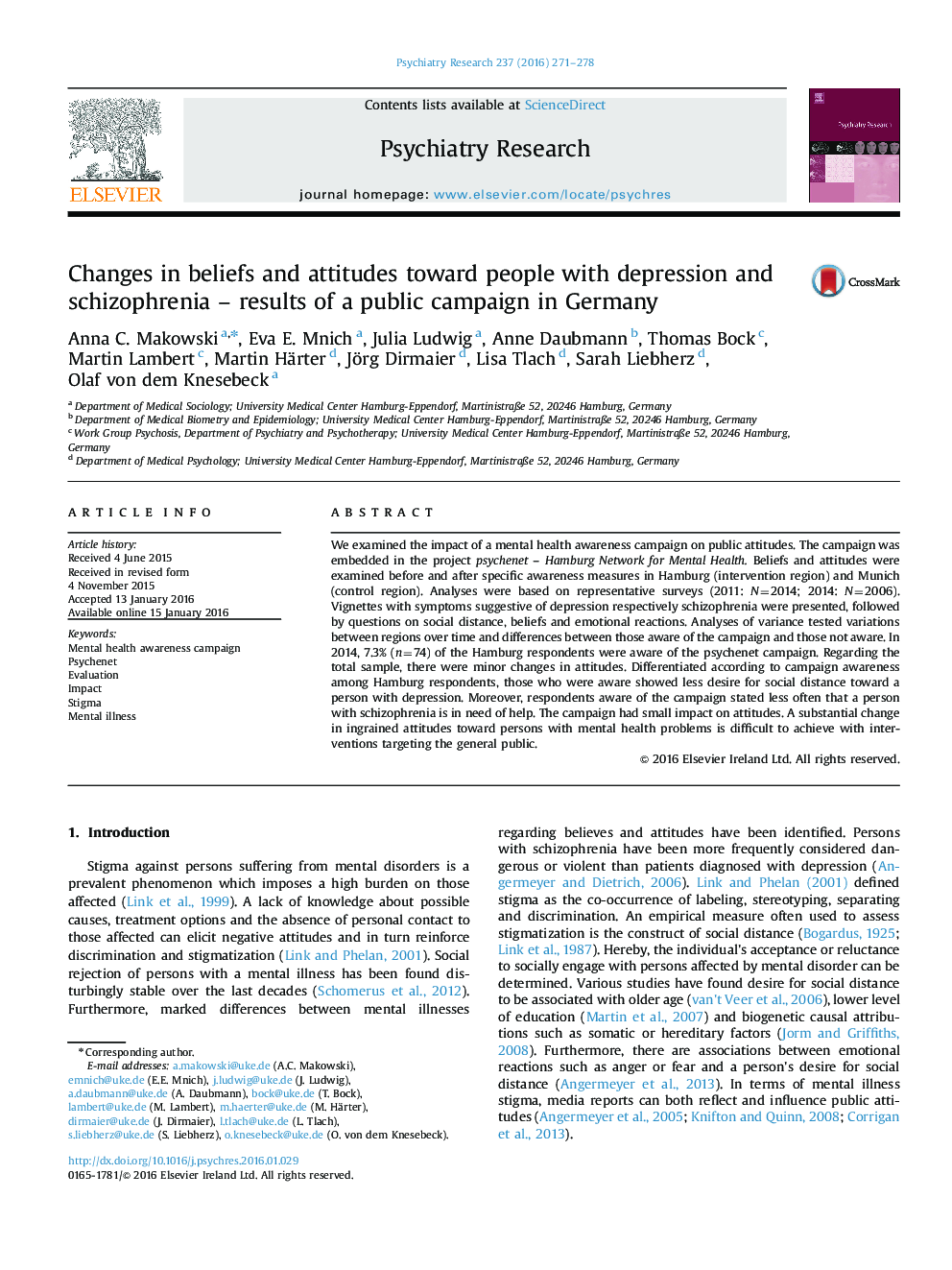 • Evaluation of an awareness and information campaign focusing on mental health.
• Public attitudes towards those affected by schizophrenia or depression were examined.
• 7.4% of respondents in the intervention region were aware of the campaign.

We examined the impact of a mental health awareness campaign on public attitudes. The campaign was embedded in the project psychenet – Hamburg Network for Mental Health. Beliefs and attitudes were examined before and after specific awareness measures in Hamburg (intervention region) and Munich (control region). Analyses were based on representative surveys (2011: N=2014; 2014: N=2006). Vignettes with symptoms suggestive of depression respectively schizophrenia were presented, followed by questions on social distance, beliefs and emotional reactions. Analyses of variance tested variations between regions over time and differences between those aware of the campaign and those not aware. In 2014, 7.3% (n=74) of the Hamburg respondents were aware of the psychenet campaign. Regarding the total sample, there were minor changes in attitudes. Differentiated according to campaign awareness among Hamburg respondents, those who were aware showed less desire for social distance toward a person with depression. Moreover, respondents aware of the campaign stated less often that a person with schizophrenia is in need of help. The campaign had small impact on attitudes. A substantial change in ingrained attitudes toward persons with mental health problems is difficult to achieve with interventions targeting the general public.