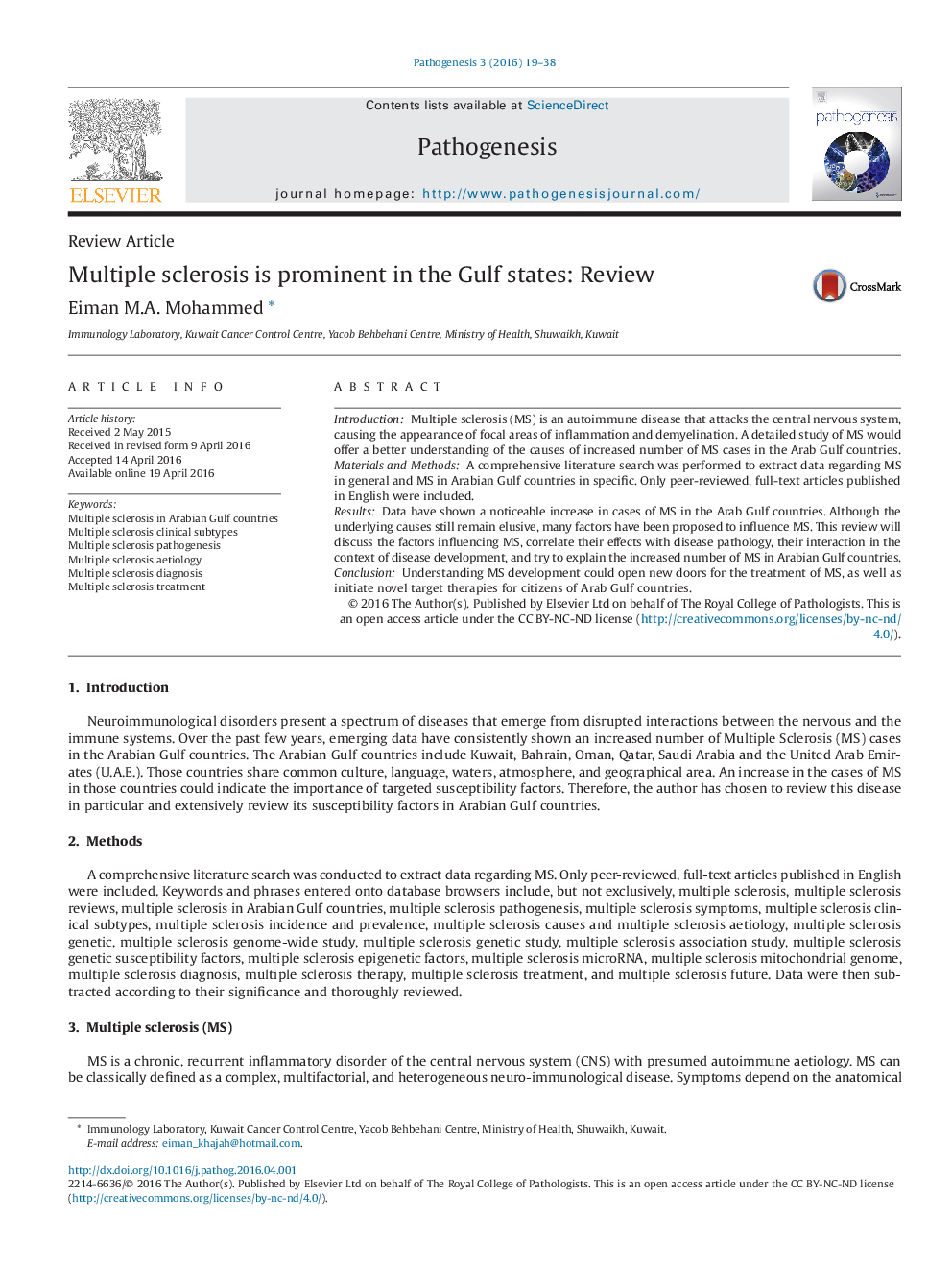 IntroductionMultiple sclerosis (MS) is an autoimmune disease that attacks the central nervous system, causing the appearance of focal areas of inflammation and demyelination. A detailed study of MS would offer a better understanding of the causes of increased number of MS cases in the Arab Gulf countries.Materials and MethodsA comprehensive literature search was performed to extract data regarding MS in general and MS in Arabian Gulf countries in specific. Only peer-reviewed, full-text articles published in English were included.ResultsData have shown a noticeable increase in cases of MS in the Arab Gulf countries. Although the underlying causes still remain elusive, many factors have been proposed to influence MS. This review will discuss the factors influencing MS, correlate their effects with disease pathology, their interaction in the context of disease development, and try to explain the increased number of MS in Arabian Gulf countries.ConclusionUnderstanding MS development could open new doors for the treatment of MS, as well as initiate novel target therapies for citizens of Arab Gulf countries.