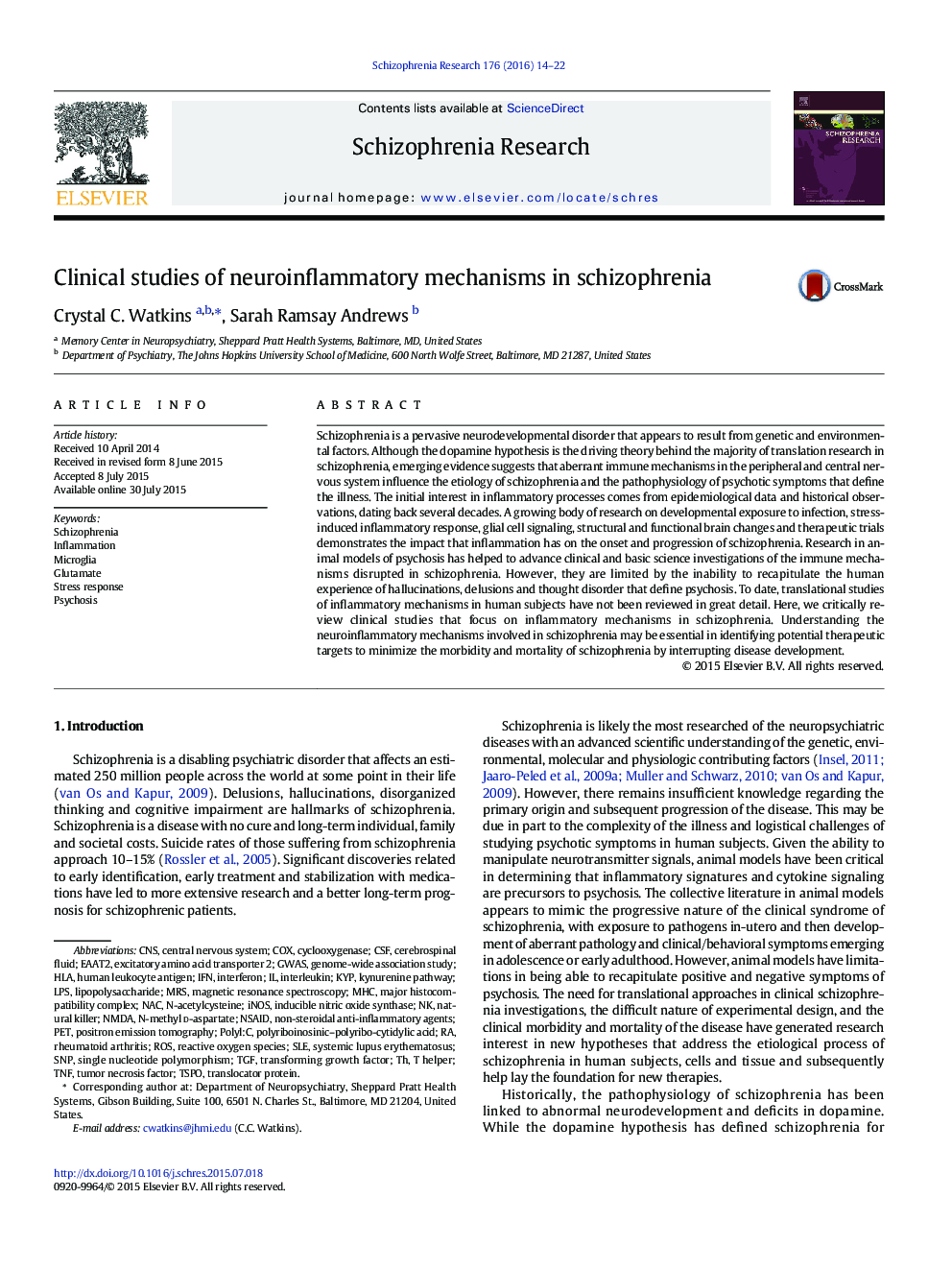 Schizophrenia is a pervasive neurodevelopmental disorder that appears to result from genetic and environmental factors. Although the dopamine hypothesis is the driving theory behind the majority of translation research in schizophrenia, emerging evidence suggests that aberrant immune mechanisms in the peripheral and central nervous system influence the etiology of schizophrenia and the pathophysiology of psychotic symptoms that define the illness. The initial interest in inflammatory processes comes from epidemiological data and historical observations, dating back several decades. A growing body of research on developmental exposure to infection, stress-induced inflammatory response, glial cell signaling, structural and functional brain changes and therapeutic trials demonstrates the impact that inflammation has on the onset and progression of schizophrenia. Research in animal models of psychosis has helped to advance clinical and basic science investigations of the immune mechanisms disrupted in schizophrenia. However, they are limited by the inability to recapitulate the human experience of hallucinations, delusions and thought disorder that define psychosis. To date, translational studies of inflammatory mechanisms in human subjects have not been reviewed in great detail. Here, we critically review clinical studies that focus on inflammatory mechanisms in schizophrenia. Understanding the neuroinflammatory mechanisms involved in schizophrenia may be essential in identifying potential therapeutic targets to minimize the morbidity and mortality of schizophrenia by interrupting disease development.