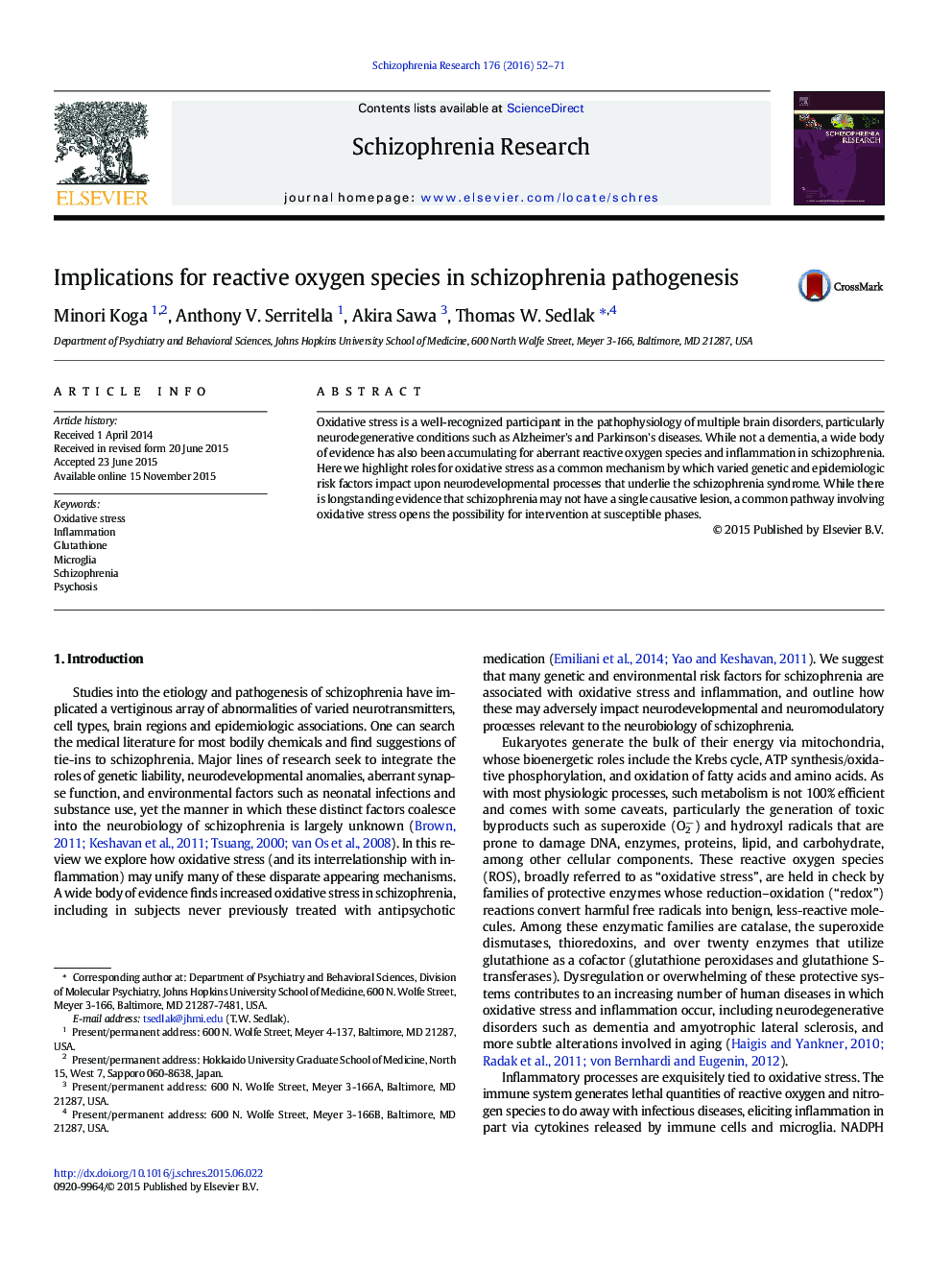 Oxidative stress is a well-recognized participant in the pathophysiology of multiple brain disorders, particularly neurodegenerative conditions such as Alzheimer's and Parkinson's diseases. While not a dementia, a wide body of evidence has also been accumulating for aberrant reactive oxygen species and inflammation in schizophrenia. Here we highlight roles for oxidative stress as a common mechanism by which varied genetic and epidemiologic risk factors impact upon neurodevelopmental processes that underlie the schizophrenia syndrome. While there is longstanding evidence that schizophrenia may not have a single causative lesion, a common pathway involving oxidative stress opens the possibility for intervention at susceptible phases.