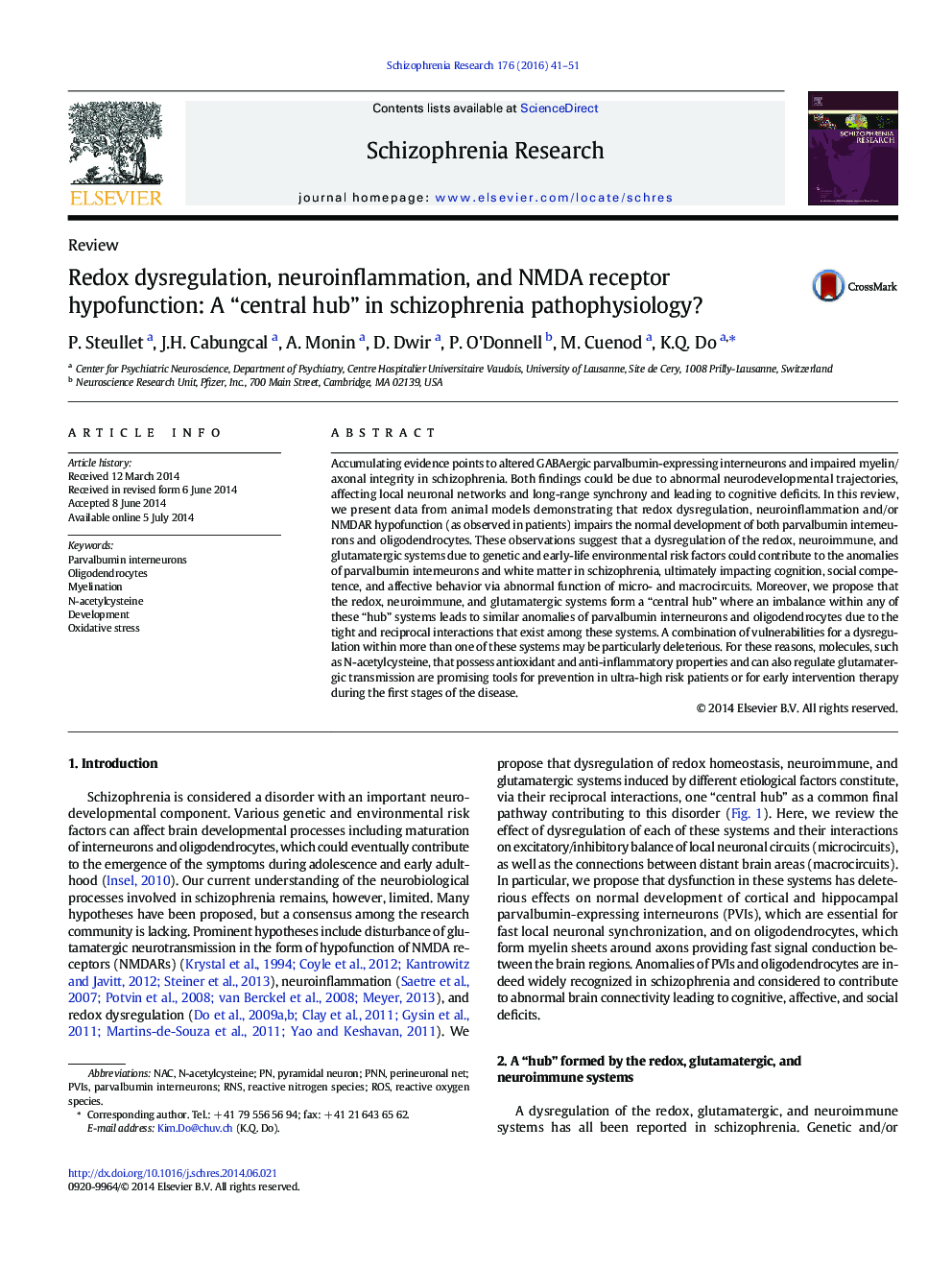 Accumulating evidence points to altered GABAergic parvalbumin-expressing interneurons and impaired myelin/axonal integrity in schizophrenia. Both findings could be due to abnormal neurodevelopmental trajectories, affecting local neuronal networks and long-range synchrony and leading to cognitive deficits. In this review, we present data from animal models demonstrating that redox dysregulation, neuroinflammation and/or NMDAR hypofunction (as observed in patients) impairs the normal development of both parvalbumin interneurons and oligodendrocytes. These observations suggest that a dysregulation of the redox, neuroimmune, and glutamatergic systems due to genetic and early-life environmental risk factors could contribute to the anomalies of parvalbumin interneurons and white matter in schizophrenia, ultimately impacting cognition, social competence, and affective behavior via abnormal function of micro- and macrocircuits. Moreover, we propose that the redox, neuroimmune, and glutamatergic systems form a “central hub” where an imbalance within any of these “hub” systems leads to similar anomalies of parvalbumin interneurons and oligodendrocytes due to the tight and reciprocal interactions that exist among these systems. A combination of vulnerabilities for a dysregulation within more than one of these systems may be particularly deleterious. For these reasons, molecules, such as N-acetylcysteine, that possess antioxidant and anti-inflammatory properties and can also regulate glutamatergic transmission are promising tools for prevention in ultra-high risk patients or for early intervention therapy during the first stages of the disease.