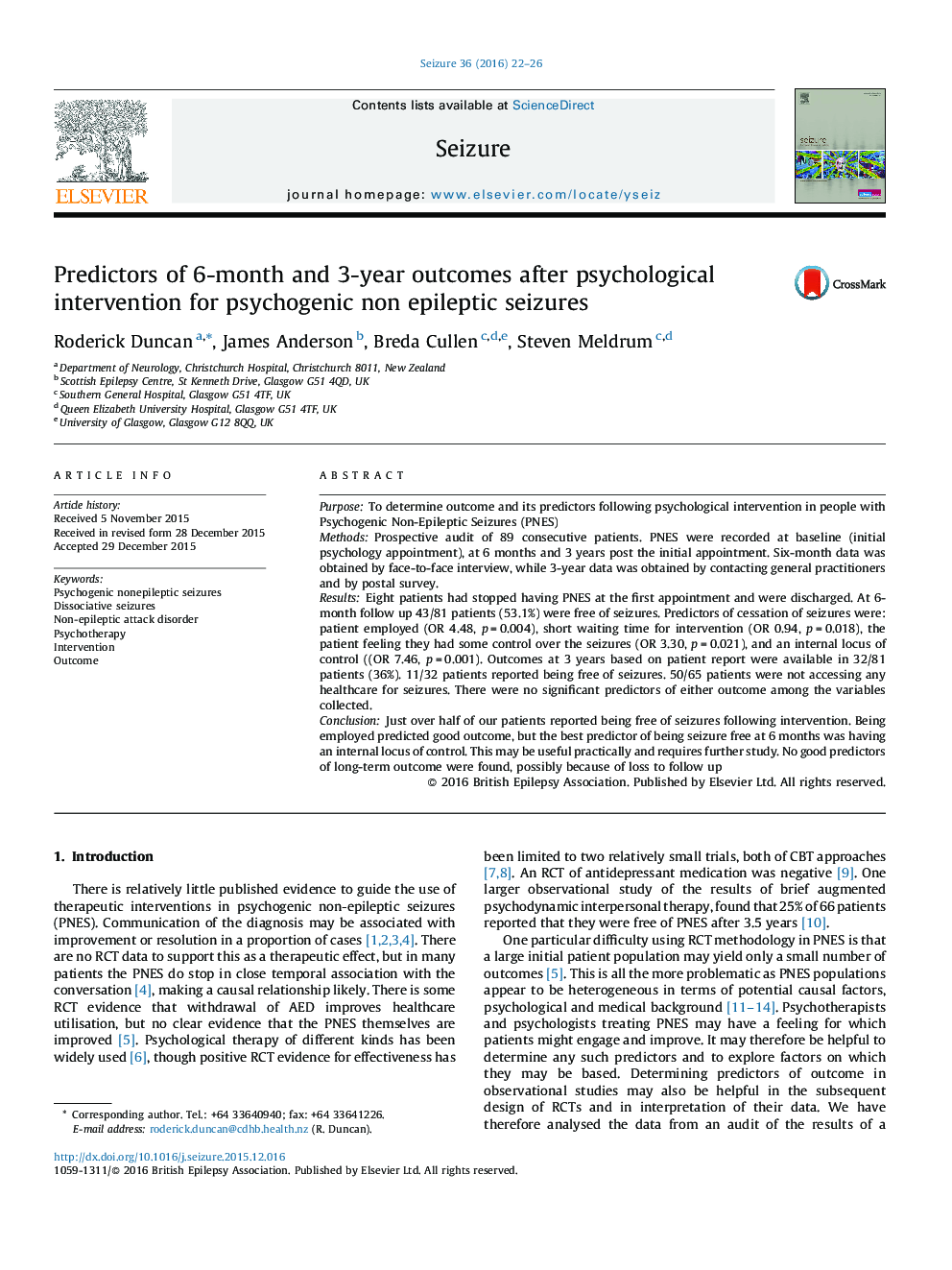 • Audit of results of psychological intervention for PNES.
• 53.1% of patients free of seizures at 6 months.
• Best predictor of good outcome was locus of control.
• No good predictors of long term outcome.

PurposeTo determine outcome and its predictors following psychological intervention in people with Psychogenic Non-Epileptic Seizures (PNES)MethodsProspective audit of 89 consecutive patients. PNES were recorded at baseline (initial psychology appointment), at 6 months and 3 years post the initial appointment. Six-month data was obtained by face-to-face interview, while 3-year data was obtained by contacting general practitioners and by postal survey.ResultsEight patients had stopped having PNES at the first appointment and were discharged. At 6-month follow up 43/81 patients (53.1%) were free of seizures. Predictors of cessation of seizures were: patient employed (OR 4.48, p = 0.004), short waiting time for intervention (OR 0.94, p = 0.018), the patient feeling they had some control over the seizures (OR 3.30, p = 0.021), and an internal locus of control ((OR 7.46, p = 0.001). Outcomes at 3 years based on patient report were available in 32/81 patients (36%). 11/32 patients reported being free of seizures. 50/65 patients were not accessing any healthcare for seizures. There were no significant predictors of either outcome among the variables collected.ConclusionJust over half of our patients reported being free of seizures following intervention. Being employed predicted good outcome, but the best predictor of being seizure free at 6 months was having an internal locus of control. This may be useful practically and requires further study. No good predictors of long-term outcome were found, possibly because of loss to follow up