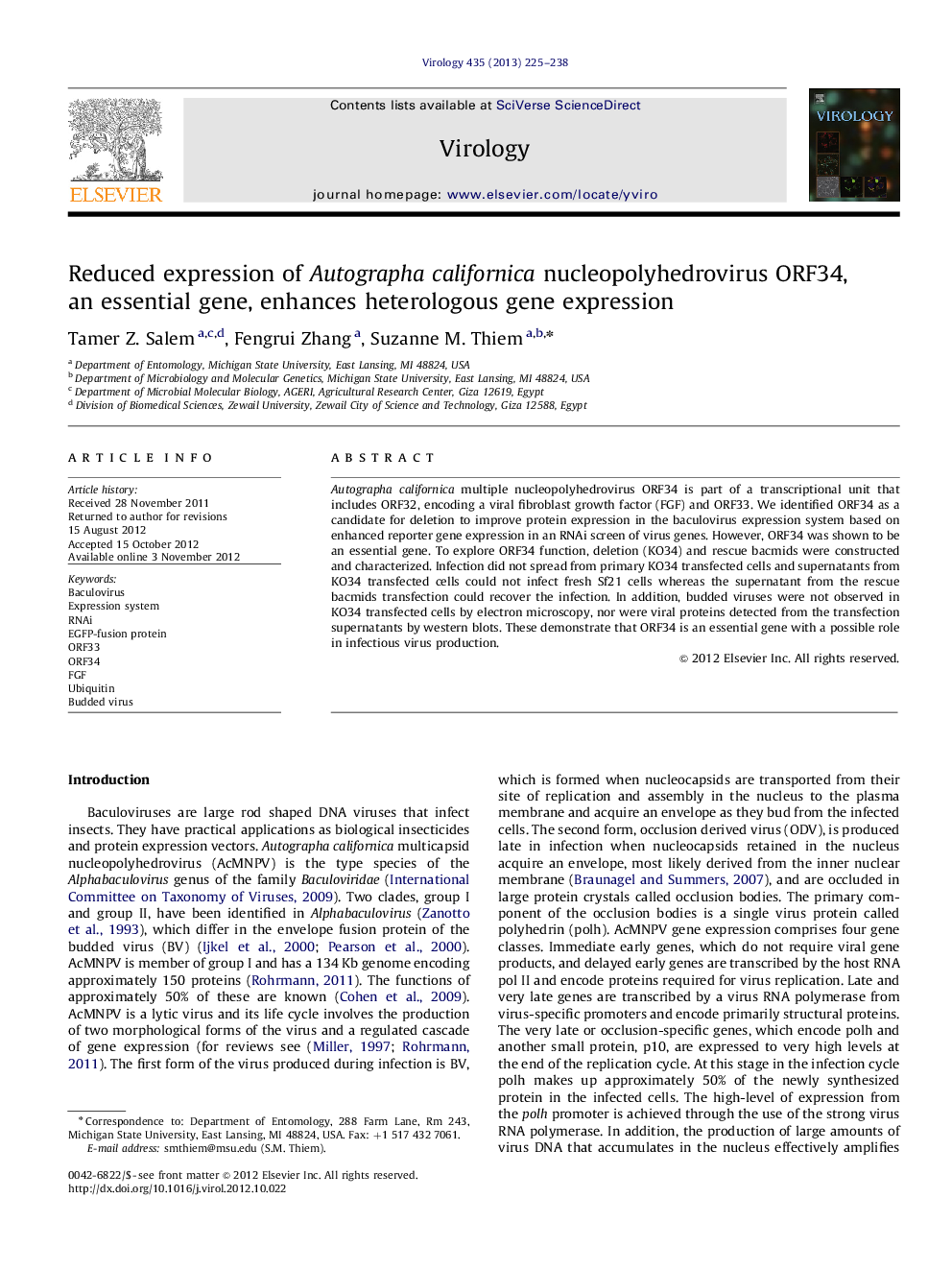 Autographa californica multiple nucleopolyhedrovirus ORF34 is part of a transcriptional unit that includes ORF32, encoding a viral fibroblast growth factor (FGF) and ORF33. We identified ORF34 as a candidate for deletion to improve protein expression in the baculovirus expression system based on enhanced reporter gene expression in an RNAi screen of virus genes. However, ORF34 was shown to be an essential gene. To explore ORF34 function, deletion (KO34) and rescue bacmids were constructed and characterized. Infection did not spread from primary KO34 transfected cells and supernatants from KO34 transfected cells could not infect fresh Sf21 cells whereas the supernatant from the rescue bacmids transfection could recover the infection. In addition, budded viruses were not observed in KO34 transfected cells by electron microscopy, nor were viral proteins detected from the transfection supernatants by western blots. These demonstrate that ORF34 is an essential gene with a possible role in infectious virus production.