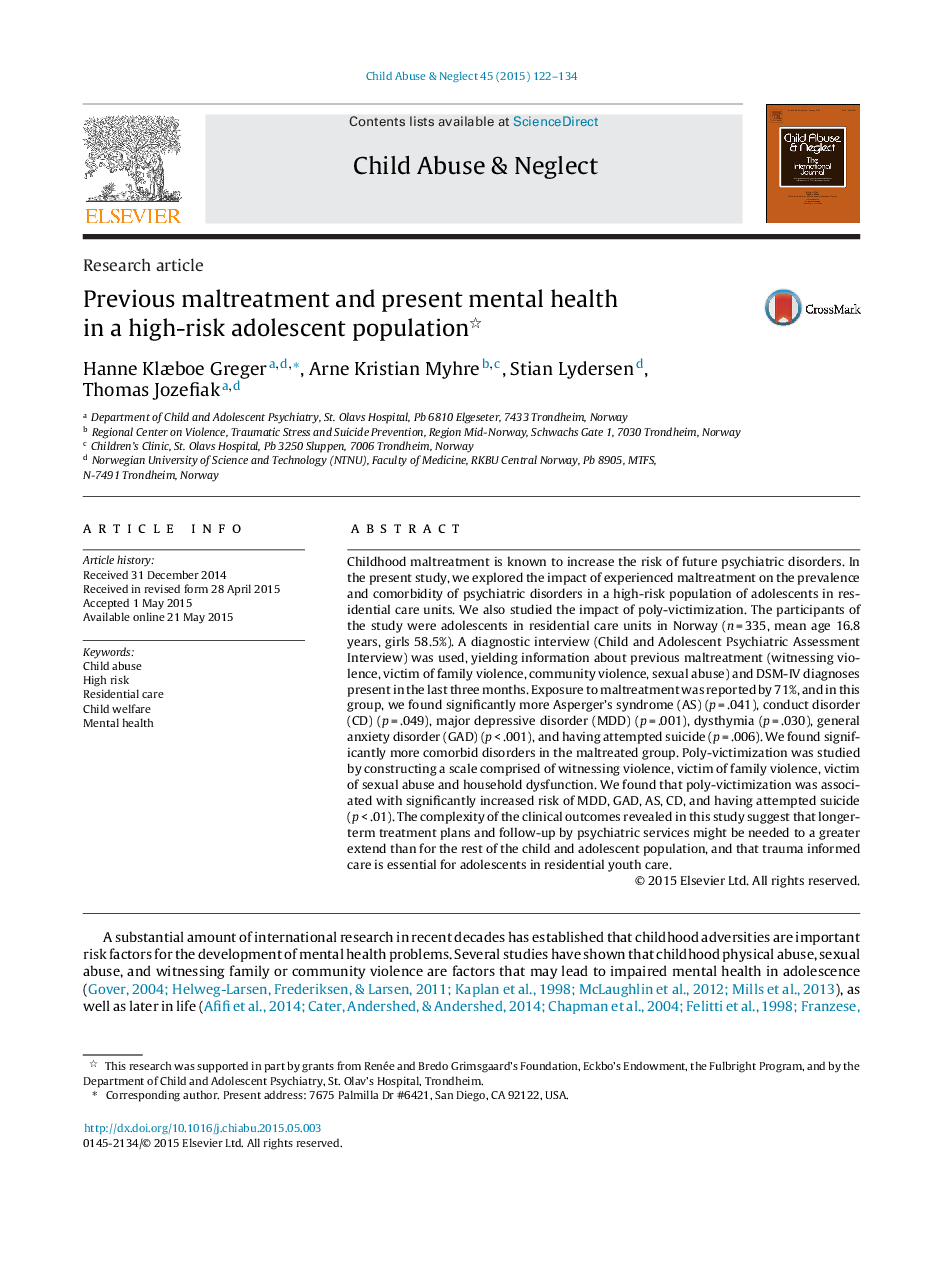 Childhood maltreatment is known to increase the risk of future psychiatric disorders. In the present study, we explored the impact of experienced maltreatment on the prevalence and comorbidity of psychiatric disorders in a high-risk population of adolescents in residential care units. We also studied the impact of poly-victimization. The participants of the study were adolescents in residential care units in Norway (n = 335, mean age 16.8 years, girls 58.5%). A diagnostic interview (Child and Adolescent Psychiatric Assessment Interview) was used, yielding information about previous maltreatment (witnessing violence, victim of family violence, community violence, sexual abuse) and DSM-IV diagnoses present in the last three months. Exposure to maltreatment was reported by 71%, and in this group, we found significantly more Asperger's syndrome (AS) (p = .041), conduct disorder (CD) (p = .049), major depressive disorder (MDD) (p = .001), dysthymia (p = .030), general anxiety disorder (GAD) (p < .001), and having attempted suicide (p = .006). We found significantly more comorbid disorders in the maltreated group. Poly-victimization was studied by constructing a scale comprised of witnessing violence, victim of family violence, victim of sexual abuse and household dysfunction. We found that poly-victimization was associated with significantly increased risk of MDD, GAD, AS, CD, and having attempted suicide (p < .01). The complexity of the clinical outcomes revealed in this study suggest that longer-term treatment plans and follow-up by psychiatric services might be needed to a greater extend than for the rest of the child and adolescent population, and that trauma informed care is essential for adolescents in residential youth care.