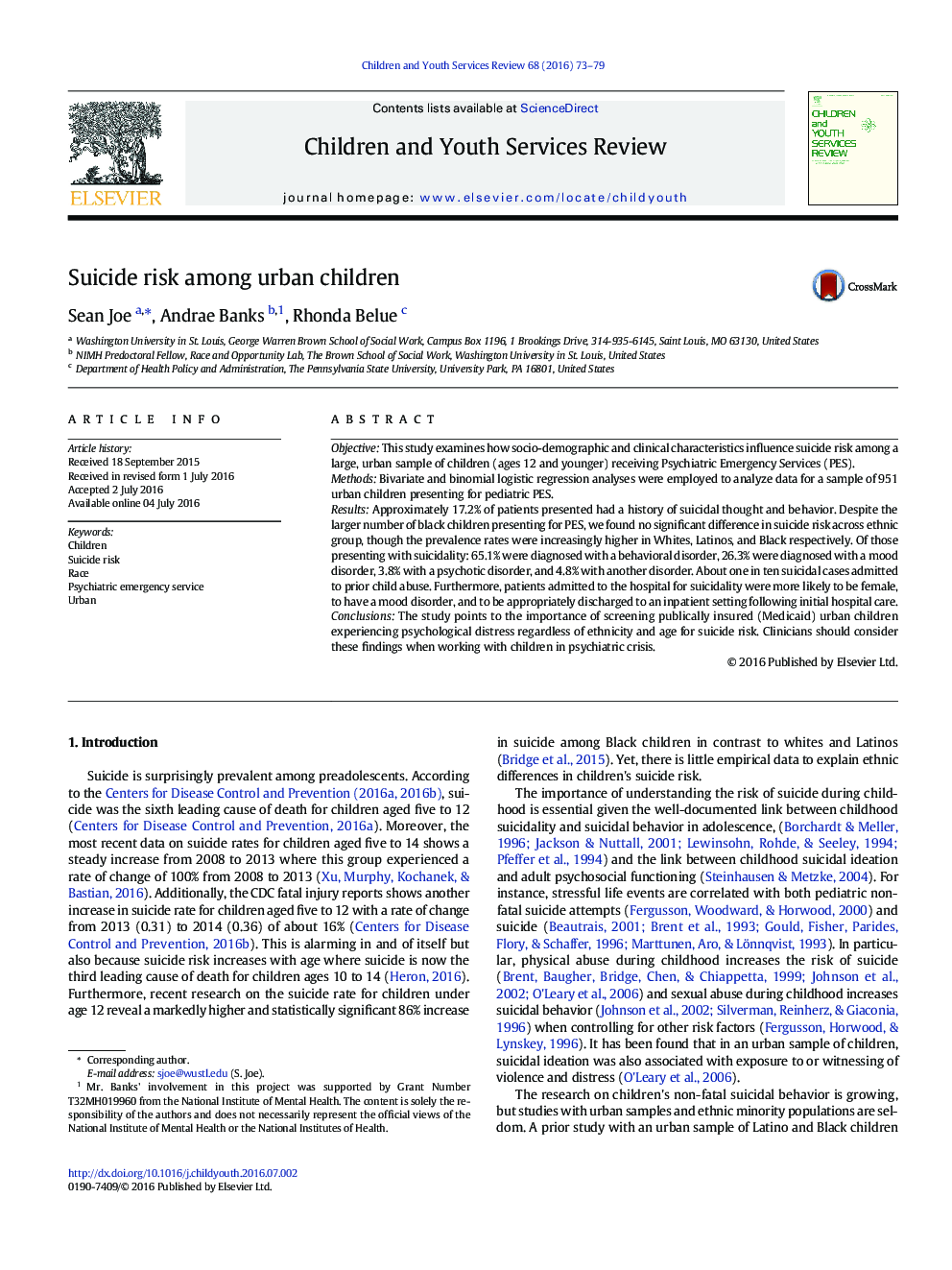 • Ethnic group identity or categorization of human beings is not a good indicator of suicide risk.
• Children under 12 should be examined similarly for suicide risk regardless of age.
• Screen all urban children at PES expressing symptoms of intentions to self-harm for suicide risk.

ObjectiveThis study examines how socio-demographic and clinical characteristics influence suicide risk among a large, urban sample of children (ages 12 and younger) receiving Psychiatric Emergency Services (PES).MethodsBivariate and binomial logistic regression analyses were employed to analyze data for a sample of 951 urban children presenting for pediatric PES.ResultsApproximately 17.2% of patients presented had a history of suicidal thought and behavior. Despite the larger number of black children presenting for PES, we found no significant difference in suicide risk across ethnic group, though the prevalence rates were increasingly higher in Whites, Latinos, and Black respectively. Of those presenting with suicidality: 65.1% were diagnosed with a behavioral disorder, 26.3% were diagnosed with a mood disorder, 3.8% with a psychotic disorder, and 4.8% with another disorder. About one in ten suicidal cases admitted to prior child abuse. Furthermore, patients admitted to the hospital for suicidality were more likely to be female, to have a mood disorder, and to be appropriately discharged to an inpatient setting following initial hospital care.ConclusionsThe study points to the importance of screening publically insured (Medicaid) urban children experiencing psychological distress regardless of ethnicity and age for suicide risk. Clinicians should consider these findings when working with children in psychiatric crisis.