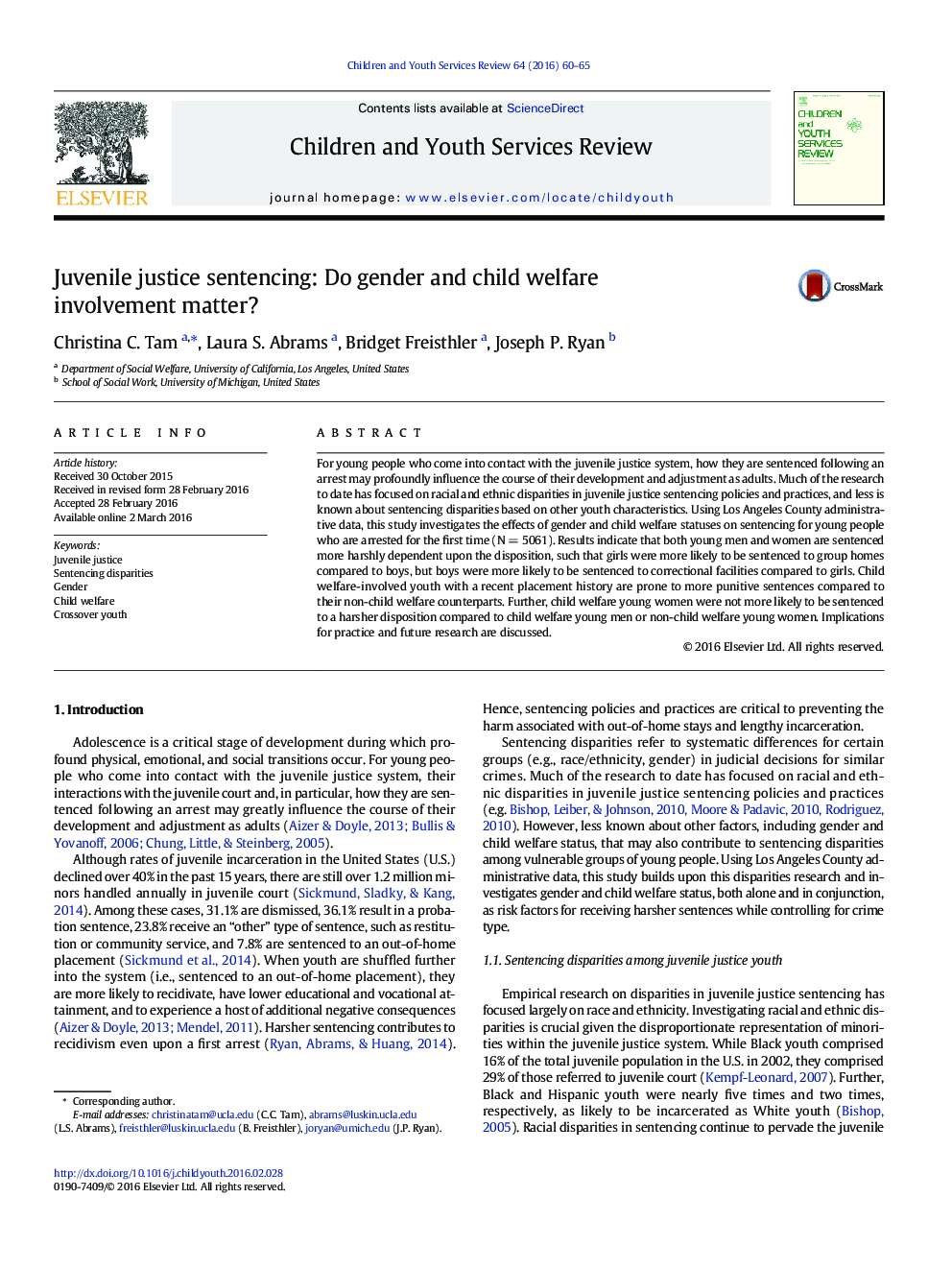 For young people who come into contact with the juvenile justice system, how they are sentenced following an arrest may profoundly influence the course of their development and adjustment as adults. Much of the research to date has focused on racial and ethnic disparities in juvenile justice sentencing policies and practices, and less is known about sentencing disparities based on other youth characteristics. Using Los Angeles County administrative data, this study investigates the effects of gender and child welfare statuses on sentencing for young people who are arrested for the first time (N = 5061). Results indicate that both young men and women are sentenced more harshly dependent upon the disposition, such that girls were more likely to be sentenced to group homes compared to boys, but boys were more likely to be sentenced to correctional facilities compared to girls. Child welfare-involved youth with a recent placement history are prone to more punitive sentences compared to their non-child welfare counterparts. Further, child welfare young women were not more likely to be sentenced to a harsher disposition compared to child welfare young men or non-child welfare young women. Implications for practice and future research are discussed.