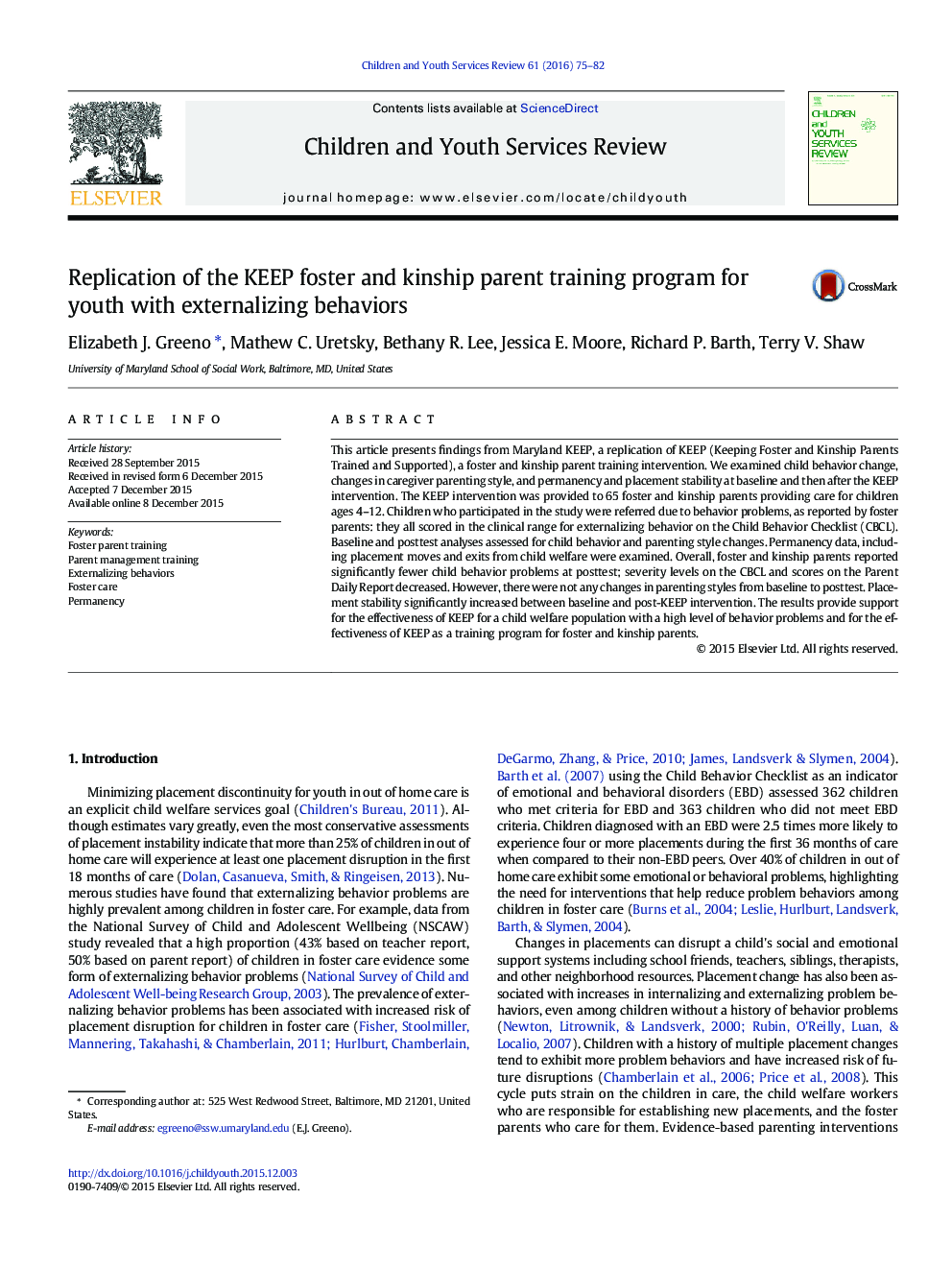 This article presents findings from Maryland KEEP, a replication of KEEP (Keeping Foster and Kinship Parents Trained and Supported), a foster and kinship parent training intervention. We examined child behavior change, changes in caregiver parenting style, and permanency and placement stability at baseline and then after the KEEP intervention. The KEEP intervention was provided to 65 foster and kinship parents providing care for children ages 4–12. Children who participated in the study were referred due to behavior problems, as reported by foster parents: they all scored in the clinical range for externalizing behavior on the Child Behavior Checklist (CBCL). Baseline and posttest analyses assessed for child behavior and parenting style changes. Permanency data, including placement moves and exits from child welfare were examined. Overall, foster and kinship parents reported significantly fewer child behavior problems at posttest; severity levels on the CBCL and scores on the Parent Daily Report decreased. However, there were not any changes in parenting styles from baseline to posttest. Placement stability significantly increased between baseline and post-KEEP intervention. The results provide support for the effectiveness of KEEP for a child welfare population with a high level of behavior problems and for the effectiveness of KEEP as a training program for foster and kinship parents.