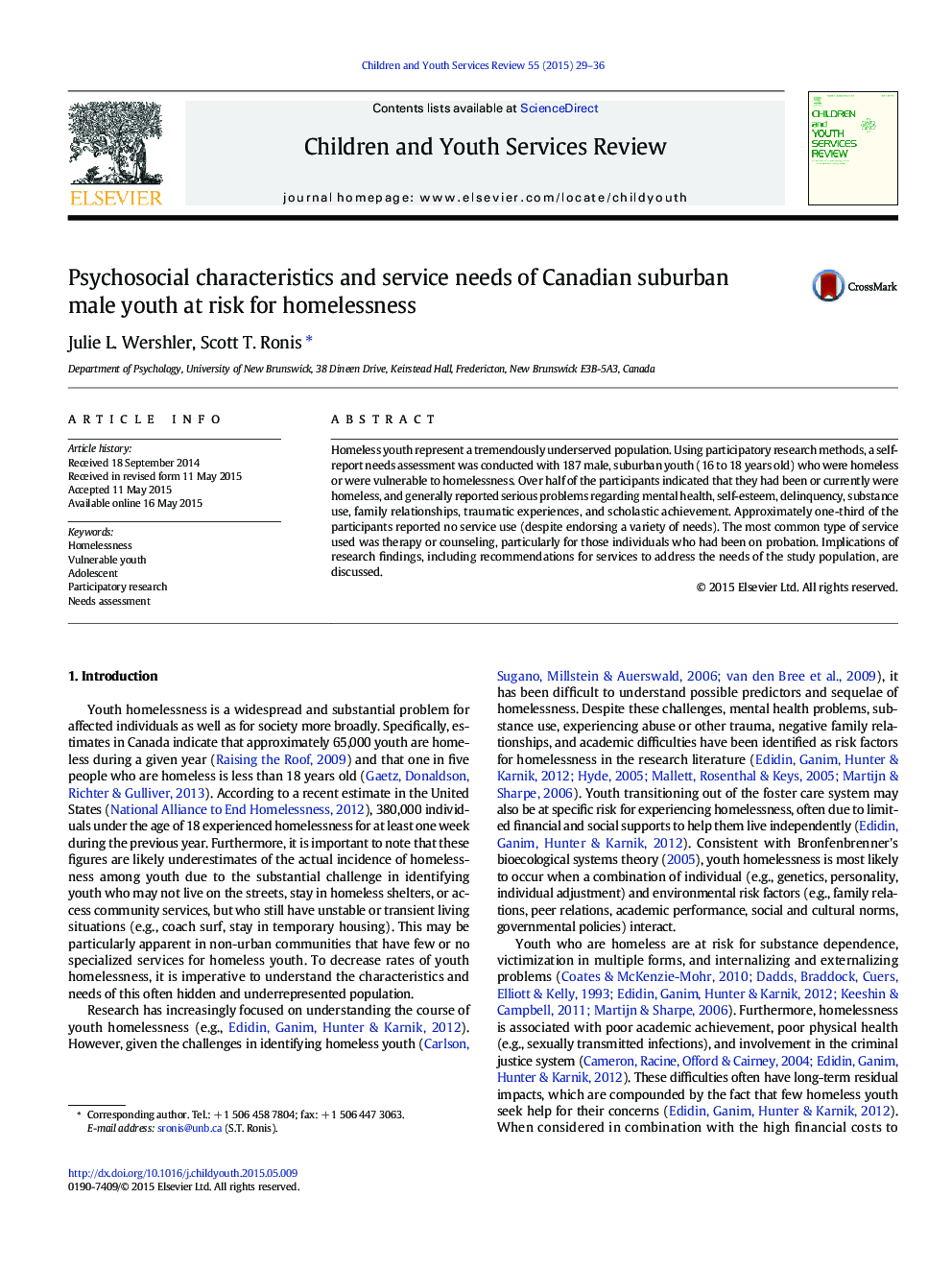 • Community-based participatory method used to identify needs of suburban male youth
• Past or current homelessness was reported by approximately half of the participants.
• Serious concerns across domains of current psychosocial functioning were endorsed.
• A significant minority of youth had not accessed services to address these needs.
• Considerable barriers to service use and a need for improved access were reported.

Homeless youth represent a tremendously underserved population. Using participatory research methods, a self-report needs assessment was conducted with 187 male, suburban youth (16 to 18 years old) who were homeless or were vulnerable to homelessness. Over half of the participants indicated that they had been or currently were homeless, and generally reported serious problems regarding mental health, self-esteem, delinquency, substance use, family relationships, traumatic experiences, and scholastic achievement. Approximately one-third of the participants reported no service use (despite endorsing a variety of needs). The most common type of service used was therapy or counseling, particularly for those individuals who had been on probation. Implications of research findings, including recommendations for services to address the needs of the study population, are discussed.