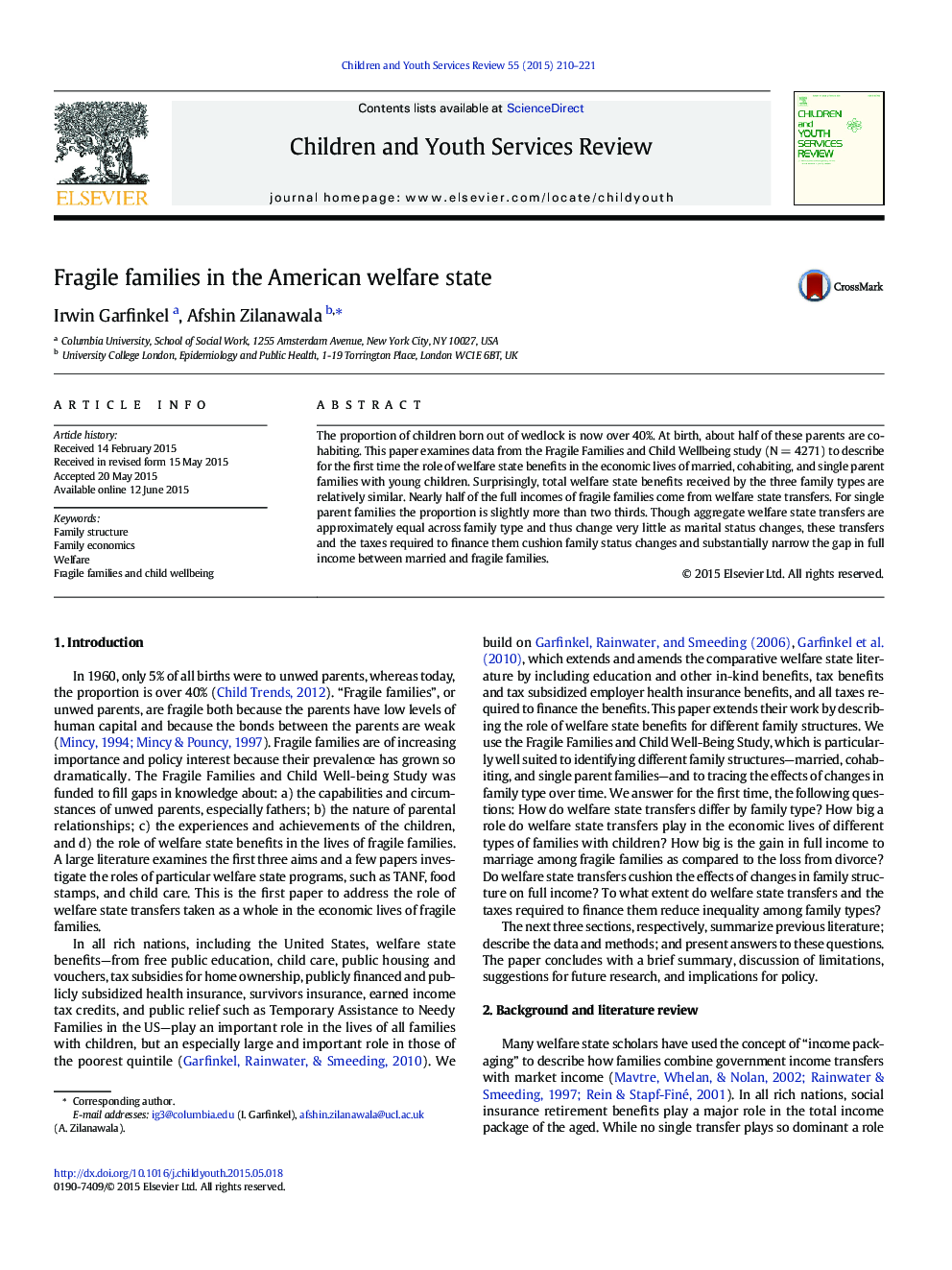 The proportion of children born out of wedlock is now over 40%. At birth, about half of these parents are co-habiting. This paper examines data from the Fragile Families and Child Wellbeing study (N = 4271) to describe for the first time the role of welfare state benefits in the economic lives of married, cohabiting, and single parent families with young children. Surprisingly, total welfare state benefits received by the three family types are relatively similar. Nearly half of the full incomes of fragile families come from welfare state transfers. For single parent families the proportion is slightly more than two thirds. Though aggregate welfare state transfers are approximately equal across family type and thus change very little as marital status changes, these transfers and the taxes required to finance them cushion family status changes and substantially narrow the gap in full income between married and fragile families.