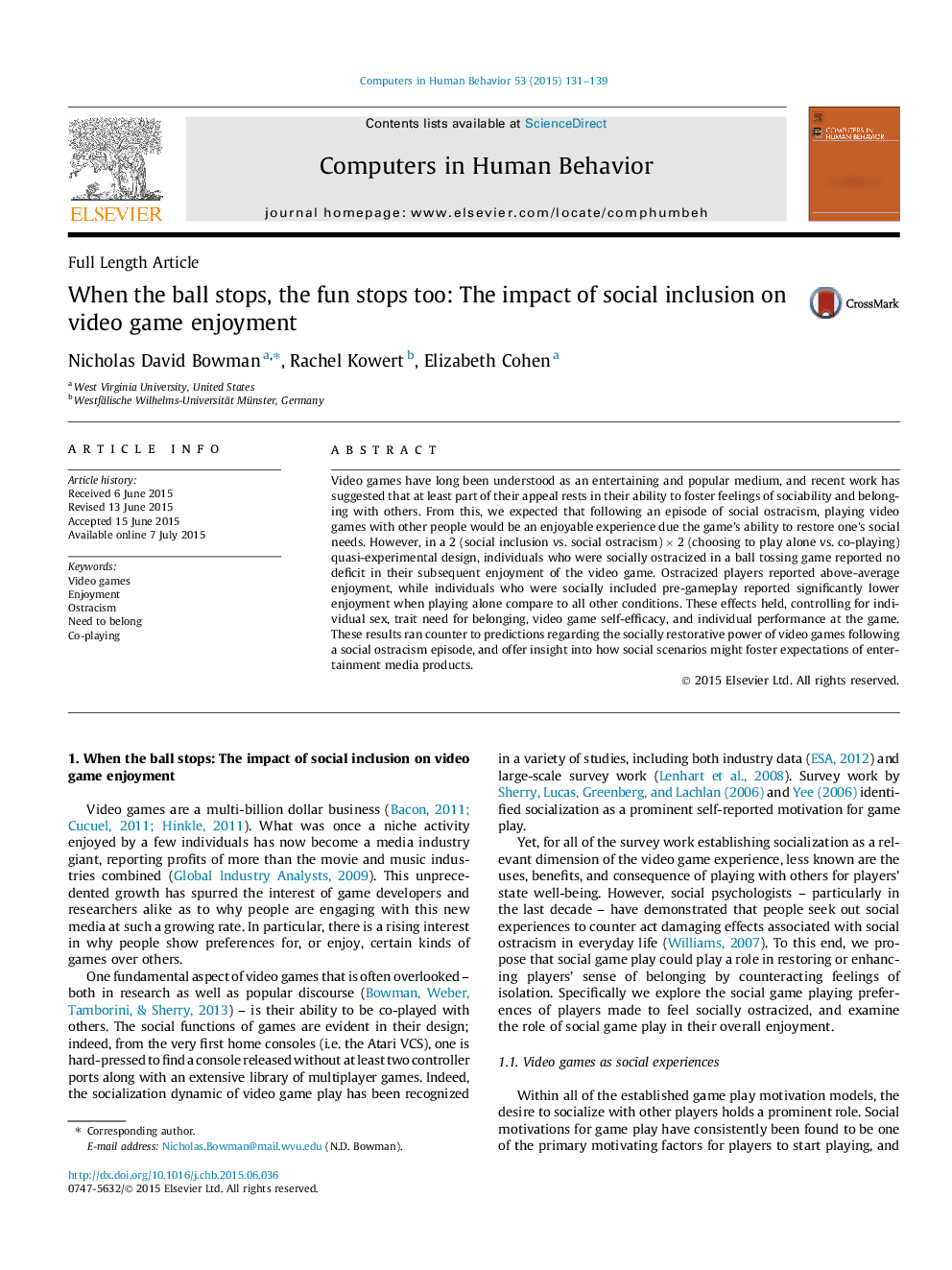 Video games have long been understood as an entertaining and popular medium, and recent work has suggested that at least part of their appeal rests in their ability to foster feelings of sociability and belonging with others. From this, we expected that following an episode of social ostracism, playing video games with other people would be an enjoyable experience due the game’s ability to restore one’s social needs. However, in a 2 (social inclusion vs. social ostracism) × 2 (choosing to play alone vs. co-playing) quasi-experimental design, individuals who were socially ostracized in a ball tossing game reported no deficit in their subsequent enjoyment of the video game. Ostracized players reported above-average enjoyment, while individuals who were socially included pre-gameplay reported significantly lower enjoyment when playing alone compare to all other conditions. These effects held, controlling for individual sex, trait need for belonging, video game self-efficacy, and individual performance at the game. These results ran counter to predictions regarding the socially restorative power of video games following a social ostracism episode, and offer insight into how social scenarios might foster expectations of entertainment media products.