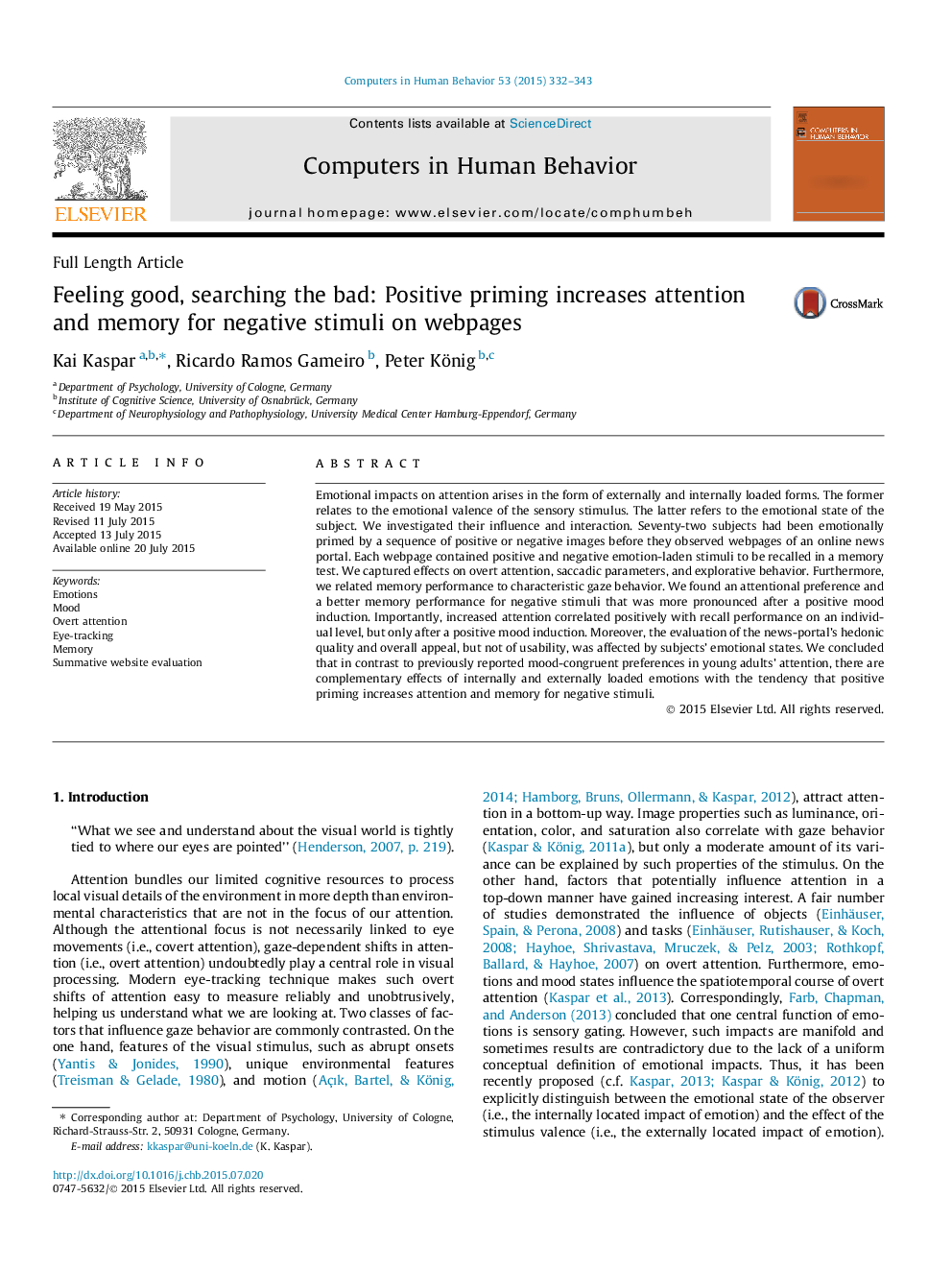 • We investigated impacts of mood and stimulus valence on webpage observation.
• We found an attentional preference for negative stimuli moderated by mood valence.
• A comparable pattern was found regarding memory for webpage content.
• The valence of mood, not of preferred stimuli, affected website evaluation.

Emotional impacts on attention arises in the form of externally and internally loaded forms. The former relates to the emotional valence of the sensory stimulus. The latter refers to the emotional state of the subject. We investigated their influence and interaction. Seventy-two subjects had been emotionally primed by a sequence of positive or negative images before they observed webpages of an online news portal. Each webpage contained positive and negative emotion-laden stimuli to be recalled in a memory test. We captured effects on overt attention, saccadic parameters, and explorative behavior. Furthermore, we related memory performance to characteristic gaze behavior. We found an attentional preference and a better memory performance for negative stimuli that was more pronounced after a positive mood induction. Importantly, increased attention correlated positively with recall performance on an individual level, but only after a positive mood induction. Moreover, the evaluation of the news-portal’s hedonic quality and overall appeal, but not of usability, was affected by subjects’ emotional states. We concluded that in contrast to previously reported mood-congruent preferences in young adults’ attention, there are complementary effects of internally and externally loaded emotions with the tendency that positive priming increases attention and memory for negative stimuli.