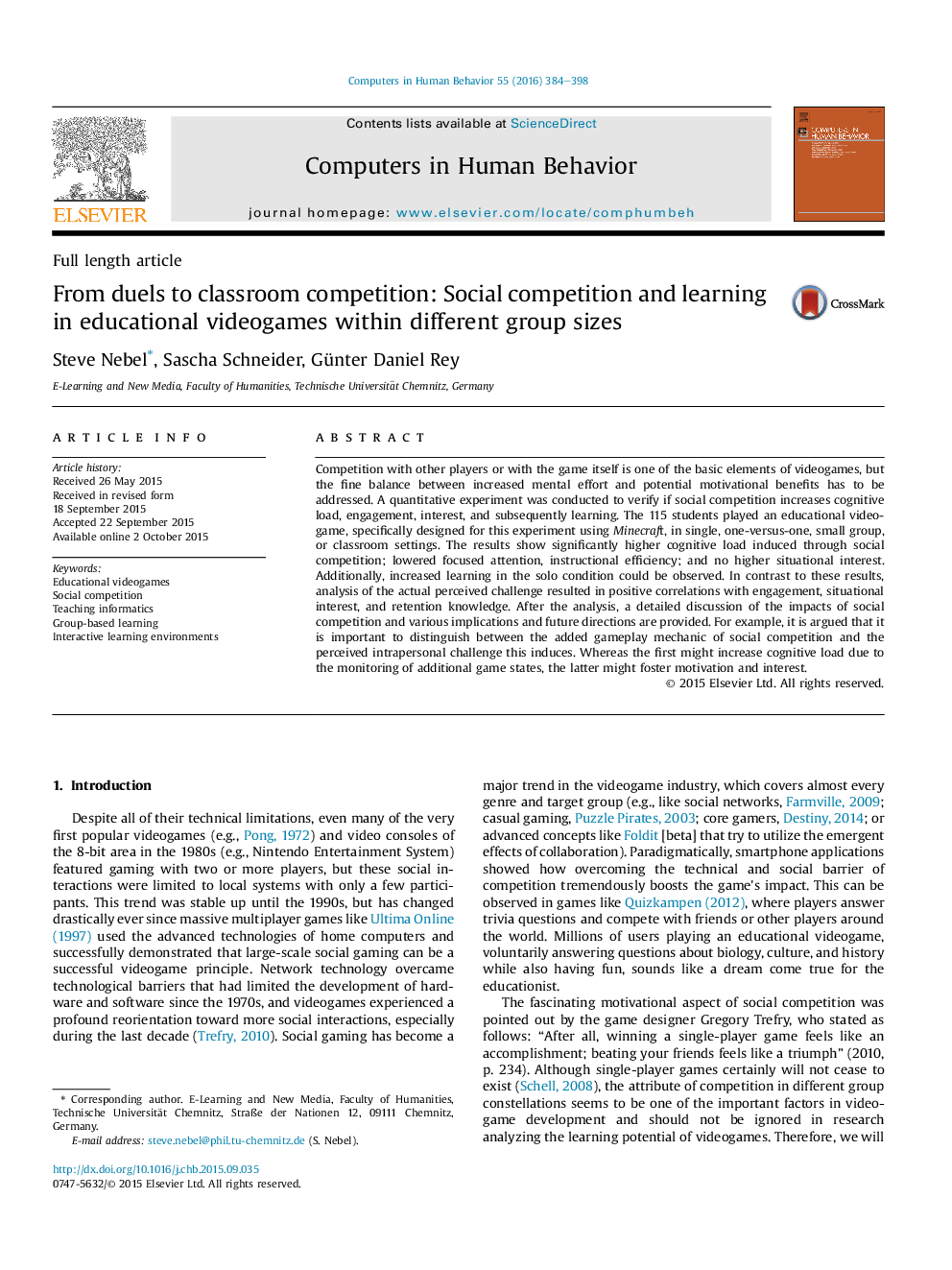 Competition with other players or with the game itself is one of the basic elements of videogames, but the fine balance between increased mental effort and potential motivational benefits has to be addressed. A quantitative experiment was conducted to verify if social competition increases cognitive load, engagement, interest, and subsequently learning. The 115 students played an educational videogame, specifically designed for this experiment using Minecraft, in single, one-versus-one, small group, or classroom settings. The results show significantly higher cognitive load induced through social competition; lowered focused attention, instructional efficiency; and no higher situational interest. Additionally, increased learning in the solo condition could be observed. In contrast to these results, analysis of the actual perceived challenge resulted in positive correlations with engagement, situational interest, and retention knowledge. After the analysis, a detailed discussion of the impacts of social competition and various implications and future directions are provided. For example, it is argued that it is important to distinguish between the added gameplay mechanic of social competition and the perceived intrapersonal challenge this induces. Whereas the first might increase cognitive load due to the monitoring of additional game states, the latter might foster motivation and interest.