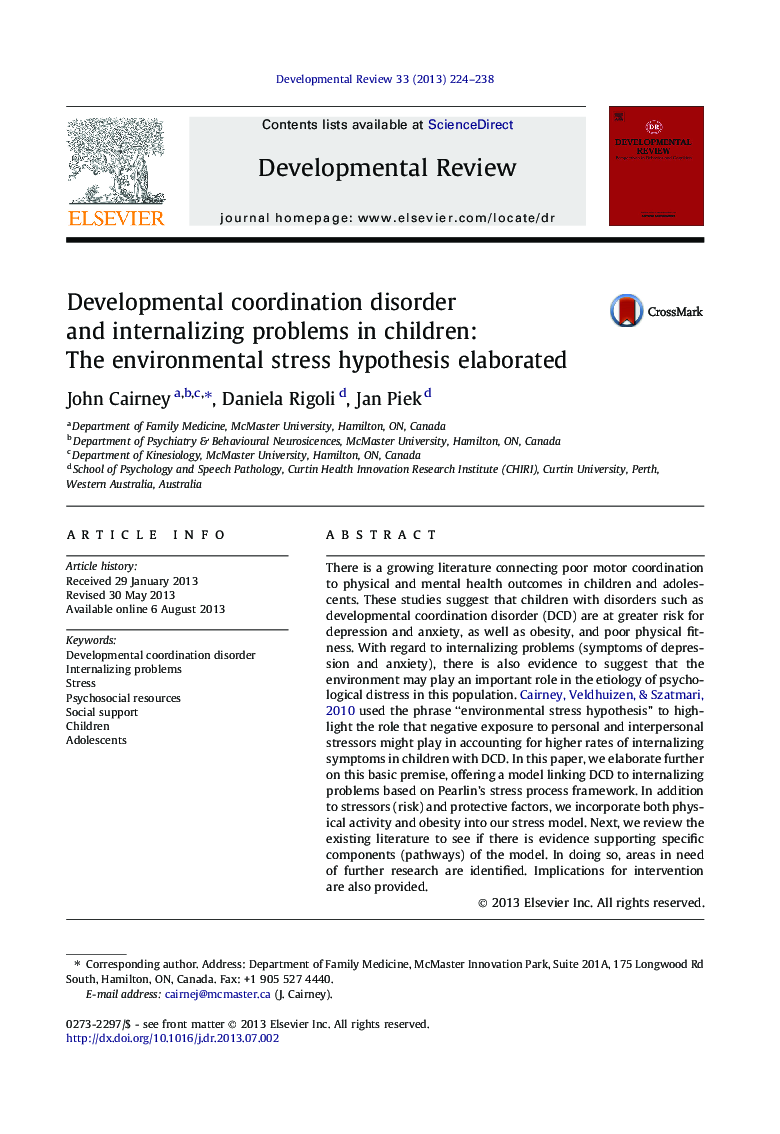 • DCD is associated with higher rates of internalizing problems in children. Why is not known.
• In a previous paper, the environmental stress hypothesis was introduced as one explanation.
• In this paper, we elaborate further on this hypothesis, presenting a modified stress process model.
• In addition, we consider the role that both physical inactivity and obesity might play in this model.
• We review literature that supports the model, identify gaps in knowledge and discuss implications for intervention.

There is a growing literature connecting poor motor coordination to physical and mental health outcomes in children and adolescents. These studies suggest that children with disorders such as developmental coordination disorder (DCD) are at greater risk for depression and anxiety, as well as obesity, and poor physical fitness. With regard to internalizing problems (symptoms of depression and anxiety), there is also evidence to suggest that the environment may play an important role in the etiology of psychological distress in this population. Cairney, Veldhuizen, & Szatmari, 2010 used the phrase “environmental stress hypothesis” to highlight the role that negative exposure to personal and interpersonal stressors might play in accounting for higher rates of internalizing symptoms in children with DCD. In this paper, we elaborate further on this basic premise, offering a model linking DCD to internalizing problems based on Pearlin’s stress process framework. In addition to stressors (risk) and protective factors, we incorporate both physical activity and obesity into our stress model. Next, we review the existing literature to see if there is evidence supporting specific components (pathways) of the model. In doing so, areas in need of further research are identified. Implications for intervention are also provided.