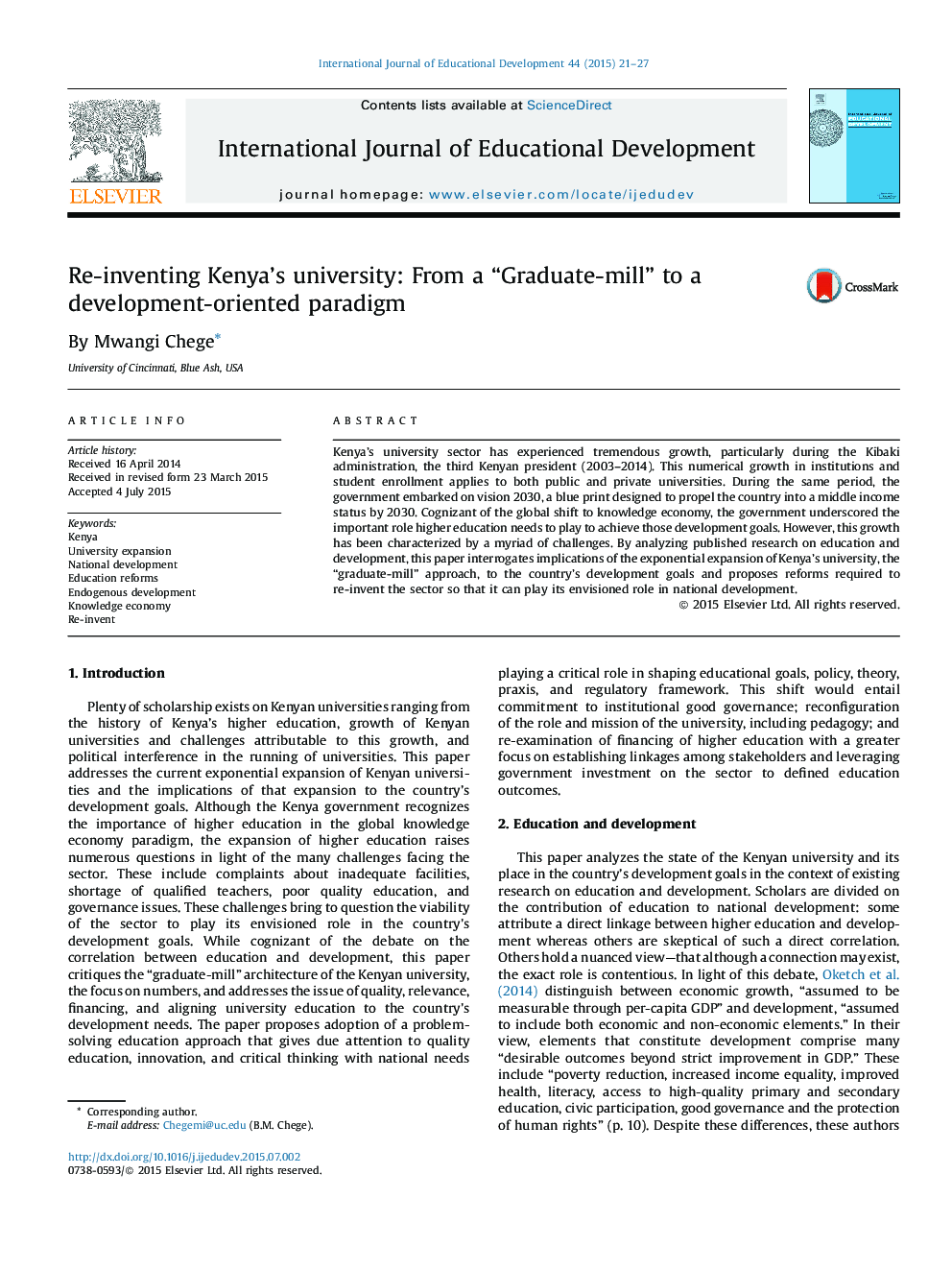 • Higher education plays a crucial role in national development.
• Kenya’s university has experienced an exponential growth rate.
• Challenges facing the Kenyan university warrant reform for the sector to drive knowledge economy outlined in government policy.
• Reforms would include reconfiguring the university to become a center for innovation, research, and knowledge production.
• Reforming the sector would also entail strengthening linkages and leverage between higher education stakeholders.

Kenya’s university sector has experienced tremendous growth, particularly during the Kibaki administration, the third Kenyan president (2003–2014). This numerical growth in institutions and student enrollment applies to both public and private universities. During the same period, the government embarked on vision 2030, a blue print designed to propel the country into a middle income status by 2030. Cognizant of the global shift to knowledge economy, the government underscored the important role higher education needs to play to achieve those development goals. However, this growth has been characterized by a myriad of challenges. By analyzing published research on education and development, this paper interrogates implications of the exponential expansion of Kenya’s university, the “graduate-mill” approach, to the country’s development goals and proposes reforms required to re-invent the sector so that it can play its envisioned role in national development.