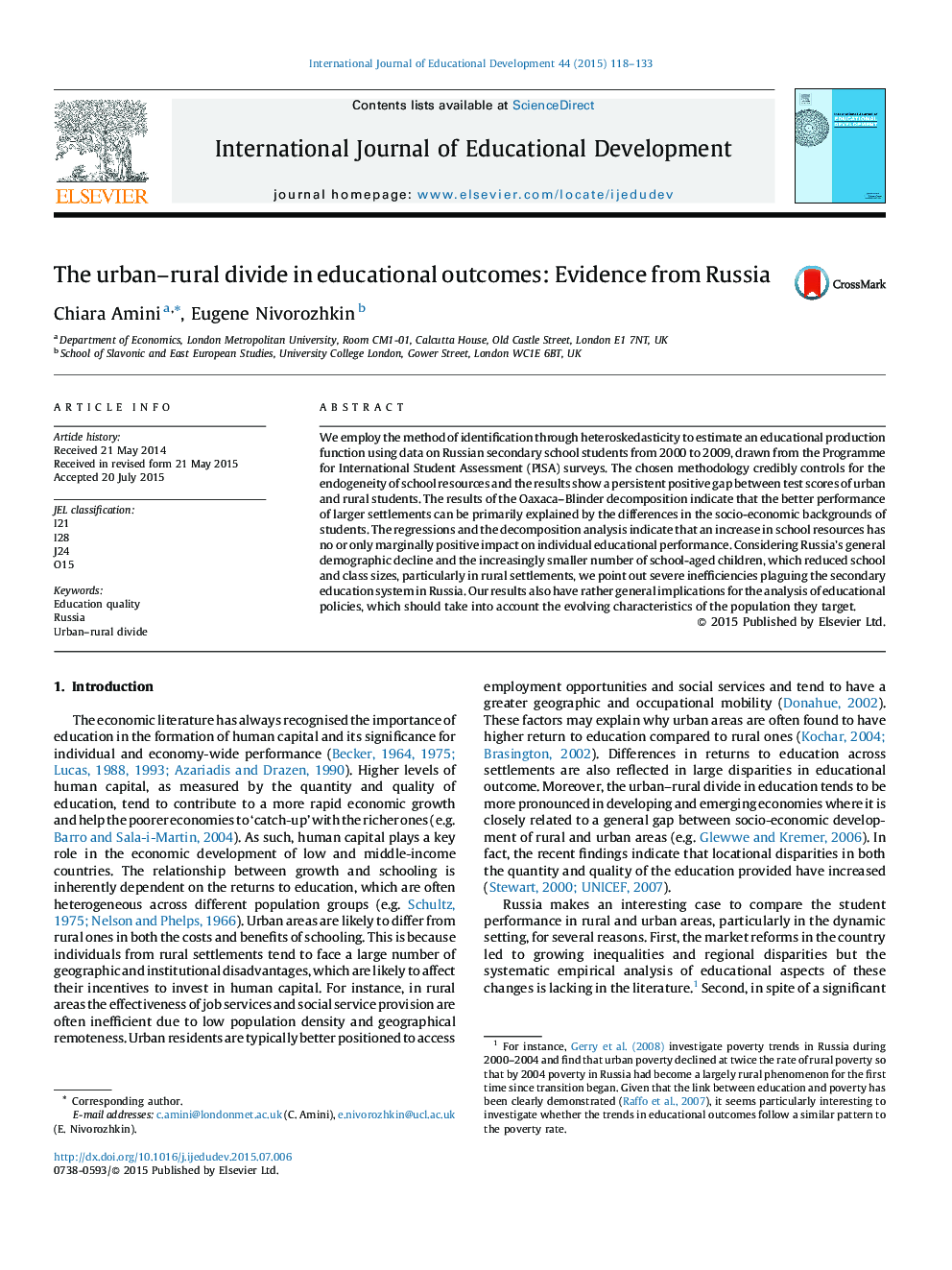 • There is a persistent positive gap between test scores of urban and rural students in Russia.
• There is little evidence that higher resources are associated with increased education quality.
• School reforms decreased the size of rural schools and boosted the amount of resources per student.
• There is no evidence of negative effect of reforms on academic performance of rural students.

We employ the method of identification through heteroskedasticity to estimate an educational production function using data on Russian secondary school students from 2000 to 2009, drawn from the Programme for International Student Assessment (PISA) surveys. The chosen methodology credibly controls for the endogeneity of school resources and the results show a persistent positive gap between test scores of urban and rural students. The results of the Oaxaca–Blinder decomposition indicate that the better performance of larger settlements can be primarily explained by the differences in the socio-economic backgrounds of students. The regressions and the decomposition analysis indicate that an increase in school resources has no or only marginally positive impact on individual educational performance. Considering Russia's general demographic decline and the increasingly smaller number of school-aged children, which reduced school and class sizes, particularly in rural settlements, we point out severe inefficiencies plaguing the secondary education system in Russia. Our results also have rather general implications for the analysis of educational policies, which should take into account the evolving characteristics of the population they target.