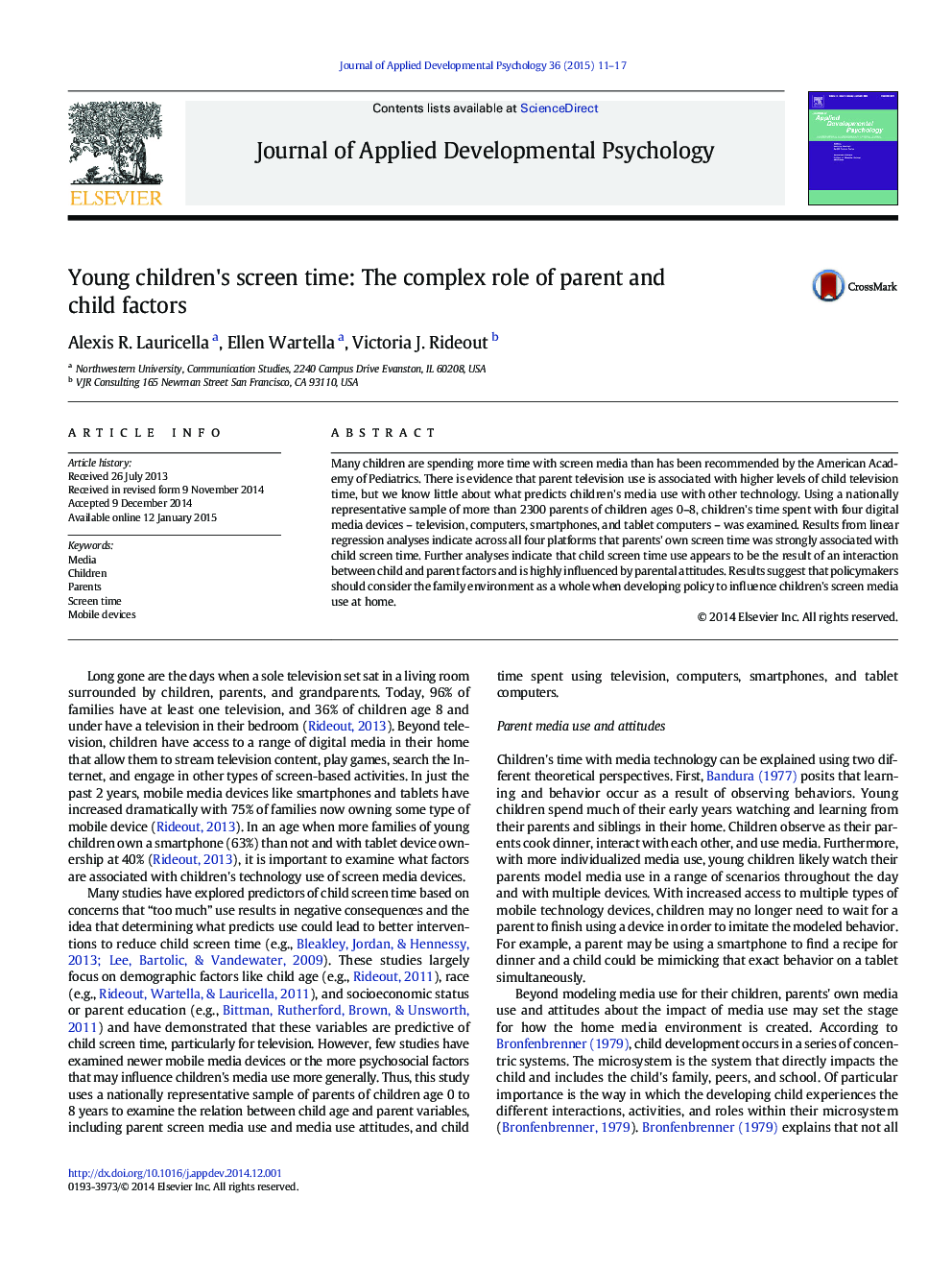 Many children are spending more time with screen media than has been recommended by the American Academy of Pediatrics. There is evidence that parent television use is associated with higher levels of child television time, but we know little about what predicts children's media use with other technology. Using a nationally representative sample of more than 2300 parents of children ages 0–8, children's time spent with four digital media devices – television, computers, smartphones, and tablet computers – was examined. Results from linear regression analyses indicate across all four platforms that parents' own screen time was strongly associated with child screen time. Further analyses indicate that child screen time use appears to be the result of an interaction between child and parent factors and is highly influenced by parental attitudes. Results suggest that policymakers should consider the family environment as a whole when developing policy to influence children's screen media use at home.