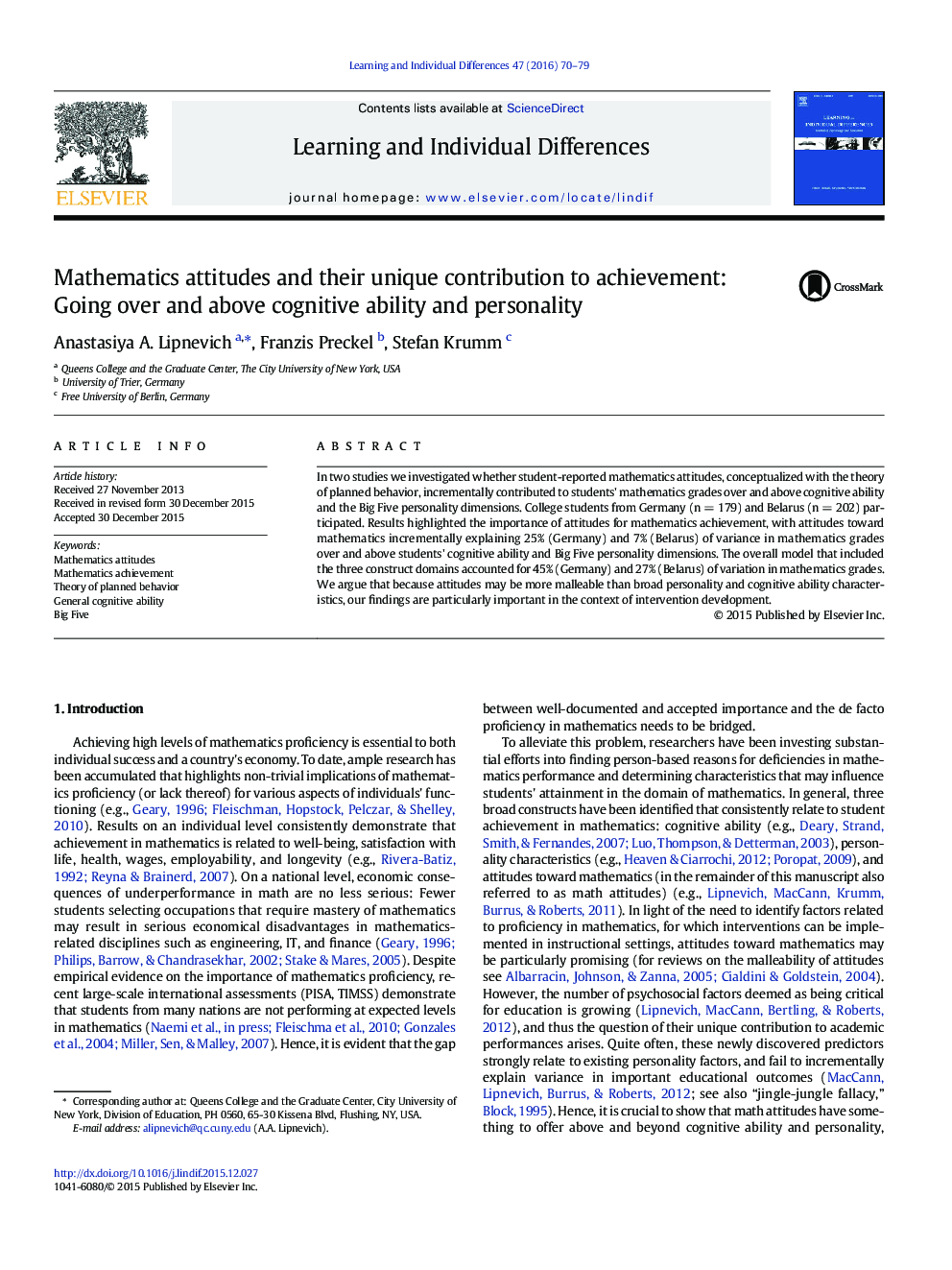 In two studies we investigated whether student-reported mathematics attitudes, conceptualized with the theory of planned behavior, incrementally contributed to students' mathematics grades over and above cognitive ability and the Big Five personality dimensions. College students from Germany (n = 179) and Belarus (n = 202) participated. Results highlighted the importance of attitudes for mathematics achievement, with attitudes toward mathematics incrementally explaining 25% (Germany) and 7% (Belarus) of variance in mathematics grades over and above students' cognitive ability and Big Five personality dimensions. The overall model that included the three construct domains accounted for 45% (Germany) and 27% (Belarus) of variation in mathematics grades. We argue that because attitudes may be more malleable than broad personality and cognitive ability characteristics, our findings are particularly important in the context of intervention development.