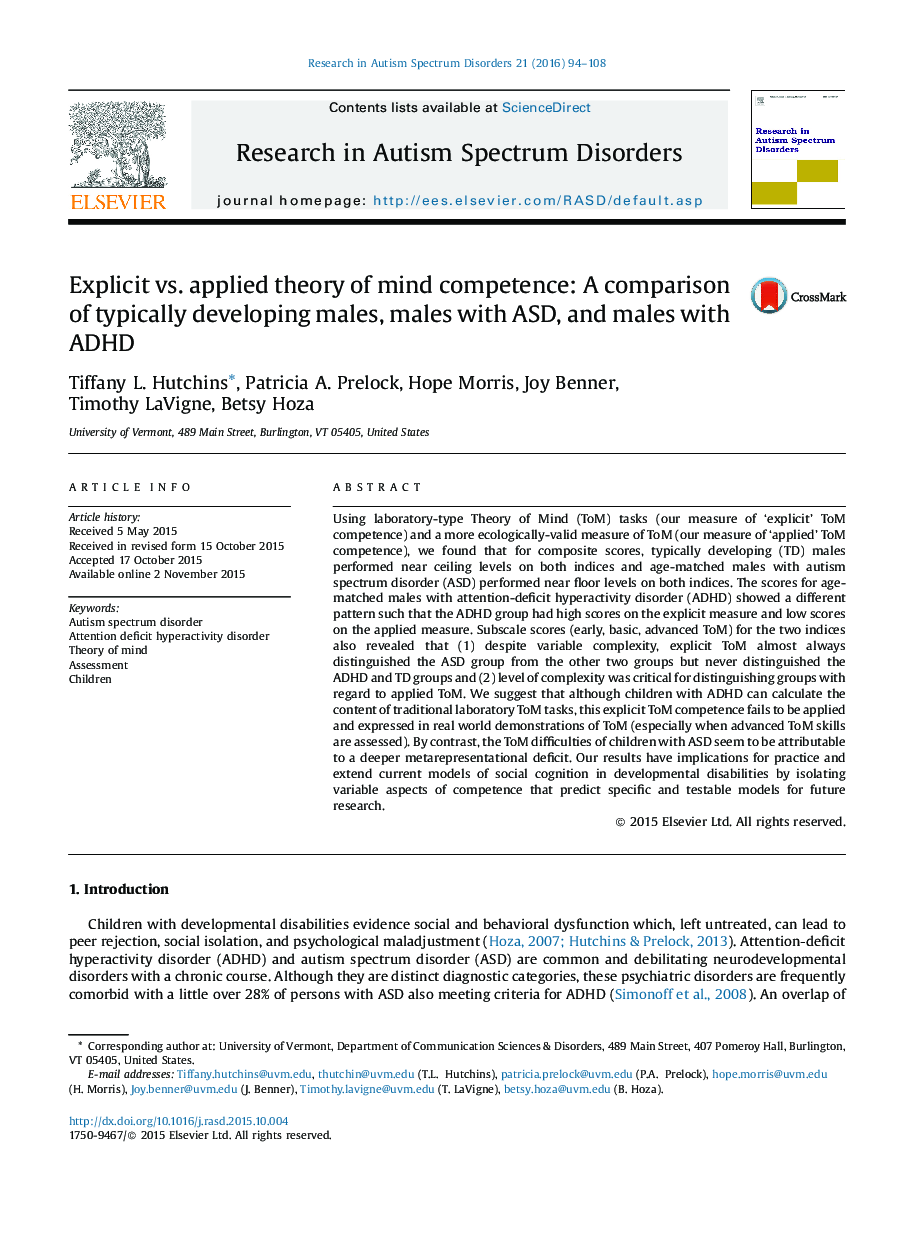 Using laboratory-type Theory of Mind (ToM) tasks (our measure of ‘explicit’ ToM competence) and a more ecologically-valid measure of ToM (our measure of ‘applied’ ToM competence), we found that for composite scores, typically developing (TD) males performed near ceiling levels on both indices and age-matched males with autism spectrum disorder (ASD) performed near floor levels on both indices. The scores for age-matched males with attention-deficit hyperactivity disorder (ADHD) showed a different pattern such that the ADHD group had high scores on the explicit measure and low scores on the applied measure. Subscale scores (early, basic, advanced ToM) for the two indices also revealed that (1) despite variable complexity, explicit ToM almost always distinguished the ASD group from the other two groups but never distinguished the ADHD and TD groups and (2) level of complexity was critical for distinguishing groups with regard to applied ToM. We suggest that although children with ADHD can calculate the content of traditional laboratory ToM tasks, this explicit ToM competence fails to be applied and expressed in real world demonstrations of ToM (especially when advanced ToM skills are assessed). By contrast, the ToM difficulties of children with ASD seem to be attributable to a deeper metarepresentational deficit. Our results have implications for practice and extend current models of social cognition in developmental disabilities by isolating variable aspects of competence that predict specific and testable models for future research.