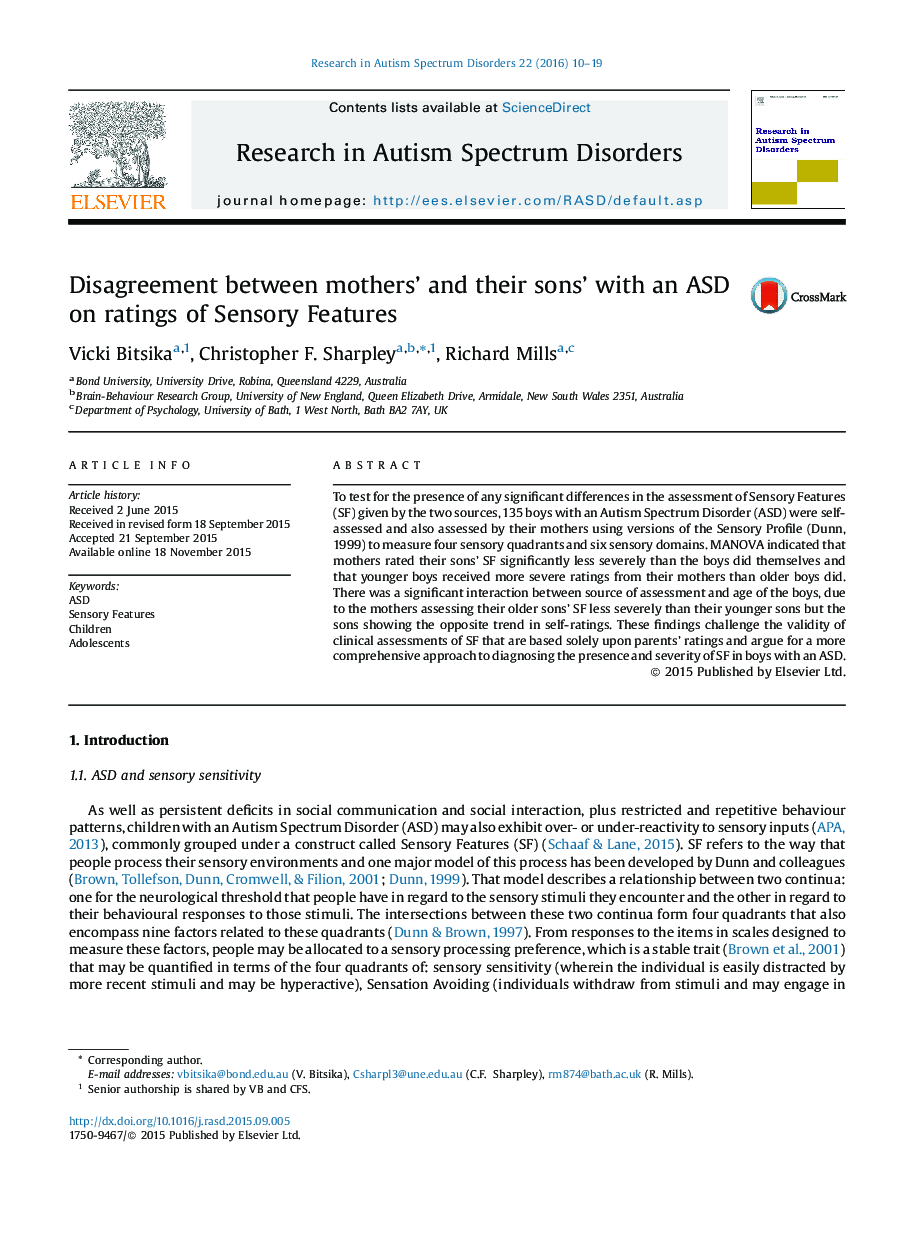 To test for the presence of any significant differences in the assessment of Sensory Features (SF) given by the two sources, 135 boys with an Autism Spectrum Disorder (ASD) were self-assessed and also assessed by their mothers using versions of the Sensory Profile (Dunn, 1999) to measure four sensory quadrants and six sensory domains. MANOVA indicated that mothers rated their sons’ SF significantly less severely than the boys did themselves and that younger boys received more severe ratings from their mothers than older boys did. There was a significant interaction between source of assessment and age of the boys, due to the mothers assessing their older sons’ SF less severely than their younger sons but the sons showing the opposite trend in self-ratings. These findings challenge the validity of clinical assessments of SF that are based solely upon parents’ ratings and argue for a more comprehensive approach to diagnosing the presence and severity of SF in boys with an ASD.