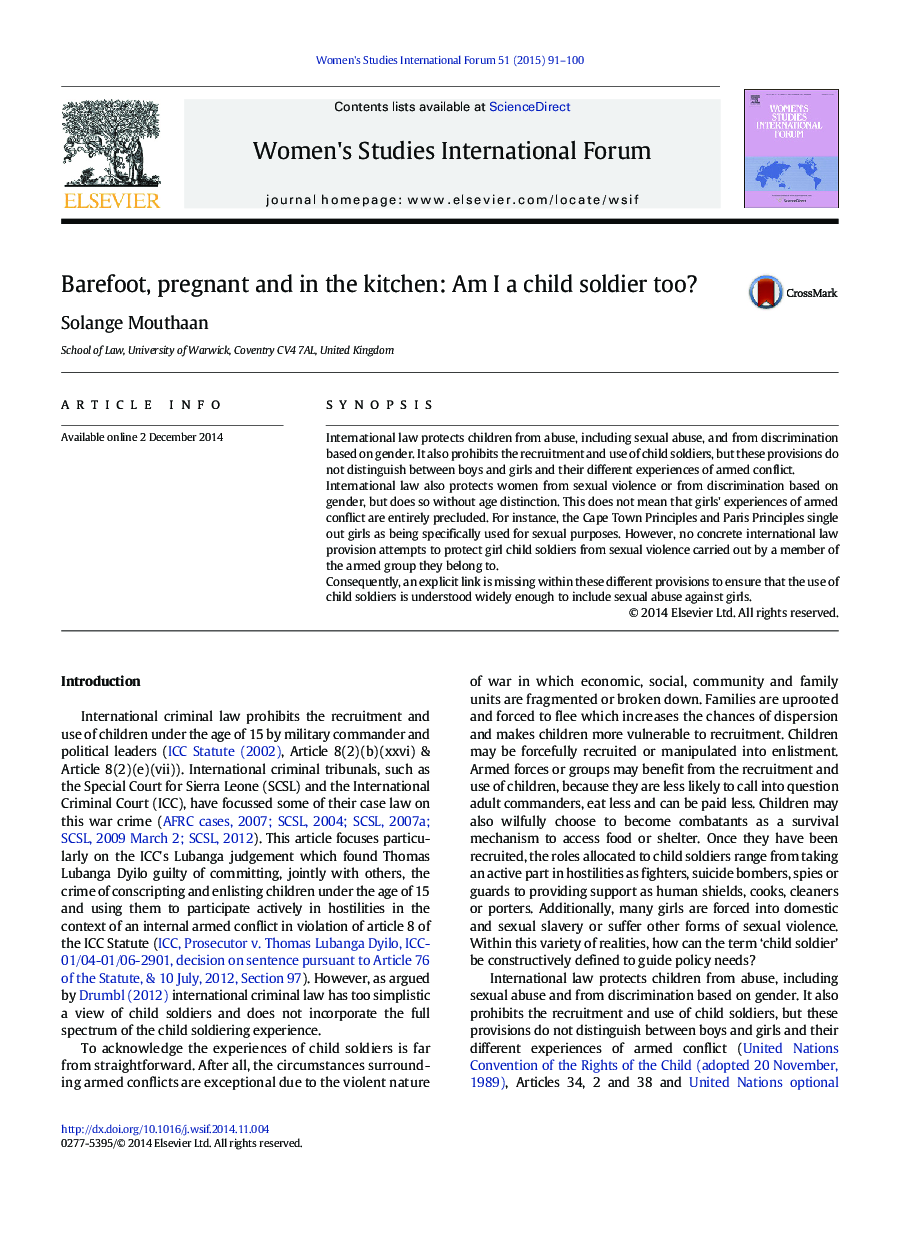 SynopsisInternational law protects children from abuse, including sexual abuse, and from discrimination based on gender. It also prohibits the recruitment and use of child soldiers, but these provisions do not distinguish between boys and girls and their different experiences of armed conflict.International law also protects women from sexual violence or from discrimination based on gender, but does so without age distinction. This does not mean that girls' experiences of armed conflict are entirely precluded. For instance, the Cape Town Principles and Paris Principles single out girls as being specifically used for sexual purposes. However, no concrete international law provision attempts to protect girl child soldiers from sexual violence carried out by a member of the armed group they belong to.Consequently, an explicit link is missing within these different provisions to ensure that the use of child soldiers is understood widely enough to include sexual abuse against girls.