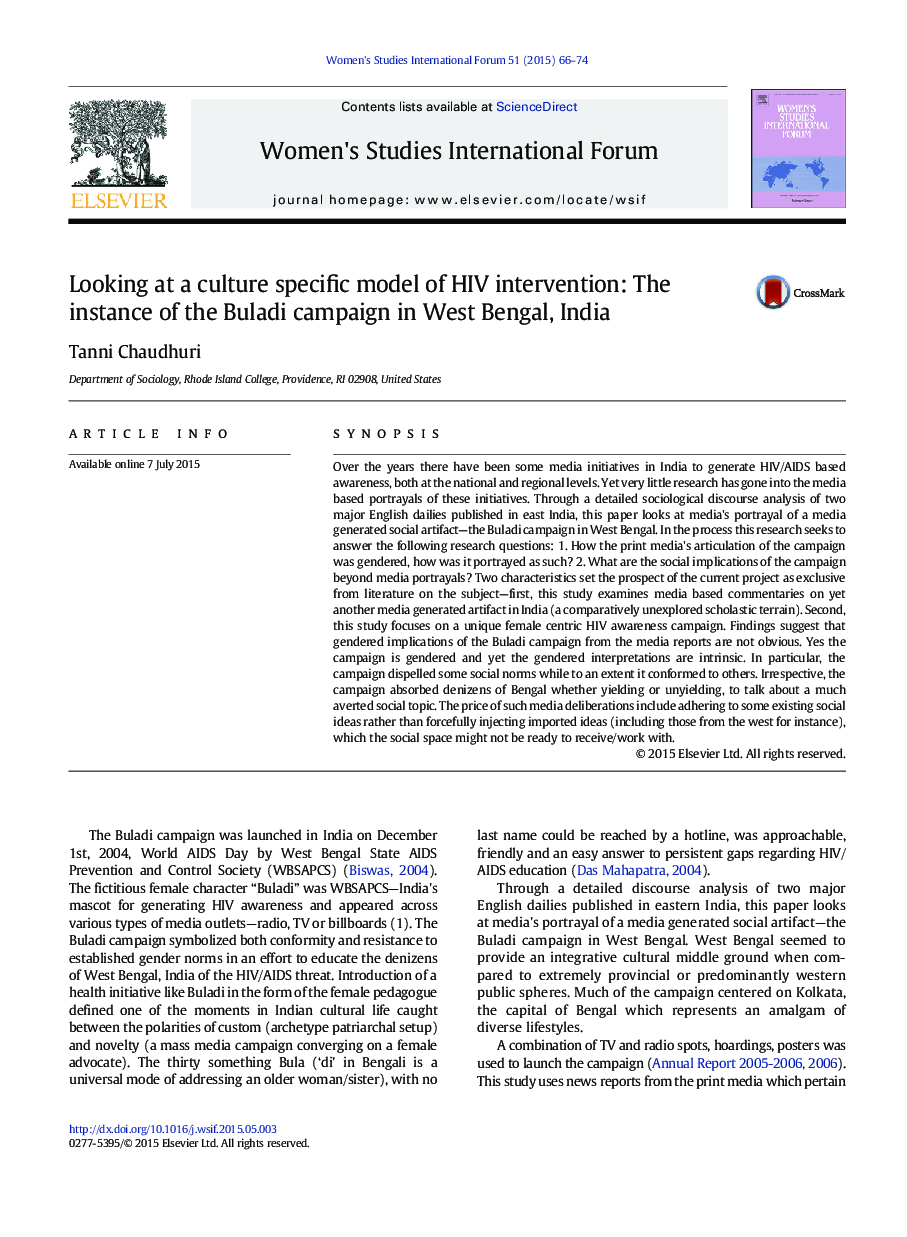 SynopsisOver the years there have been some media initiatives in India to generate HIV/AIDS based awareness, both at the national and regional levels. Yet very little research has gone into the media based portrayals of these initiatives. Through a detailed sociological discourse analysis of two major English dailies published in east India, this paper looks at media's portrayal of a media generated social artifact—the Buladi campaign in West Bengal. In the process this research seeks to answer the following research questions: 1. How the print media's articulation of the campaign was gendered, how was it portrayed as such? 2. What are the social implications of the campaign beyond media portrayals? Two characteristics set the prospect of the current project as exclusive from literature on the subject—first, this study examines media based commentaries on yet another media generated artifact in India (a comparatively unexplored scholastic terrain). Second, this study focuses on a unique female centric HIV awareness campaign. Findings suggest that gendered implications of the Buladi campaign from the media reports are not obvious. Yes the campaign is gendered and yet the gendered interpretations are intrinsic. In particular, the campaign dispelled some social norms while to an extent it conformed to others. Irrespective, the campaign absorbed denizens of Bengal whether yielding or unyielding, to talk about a much averted social topic. The price of such media deliberations include adhering to some existing social ideas rather than forcefully injecting imported ideas (including those from the west for instance), which the social space might not be ready to receive/work with.