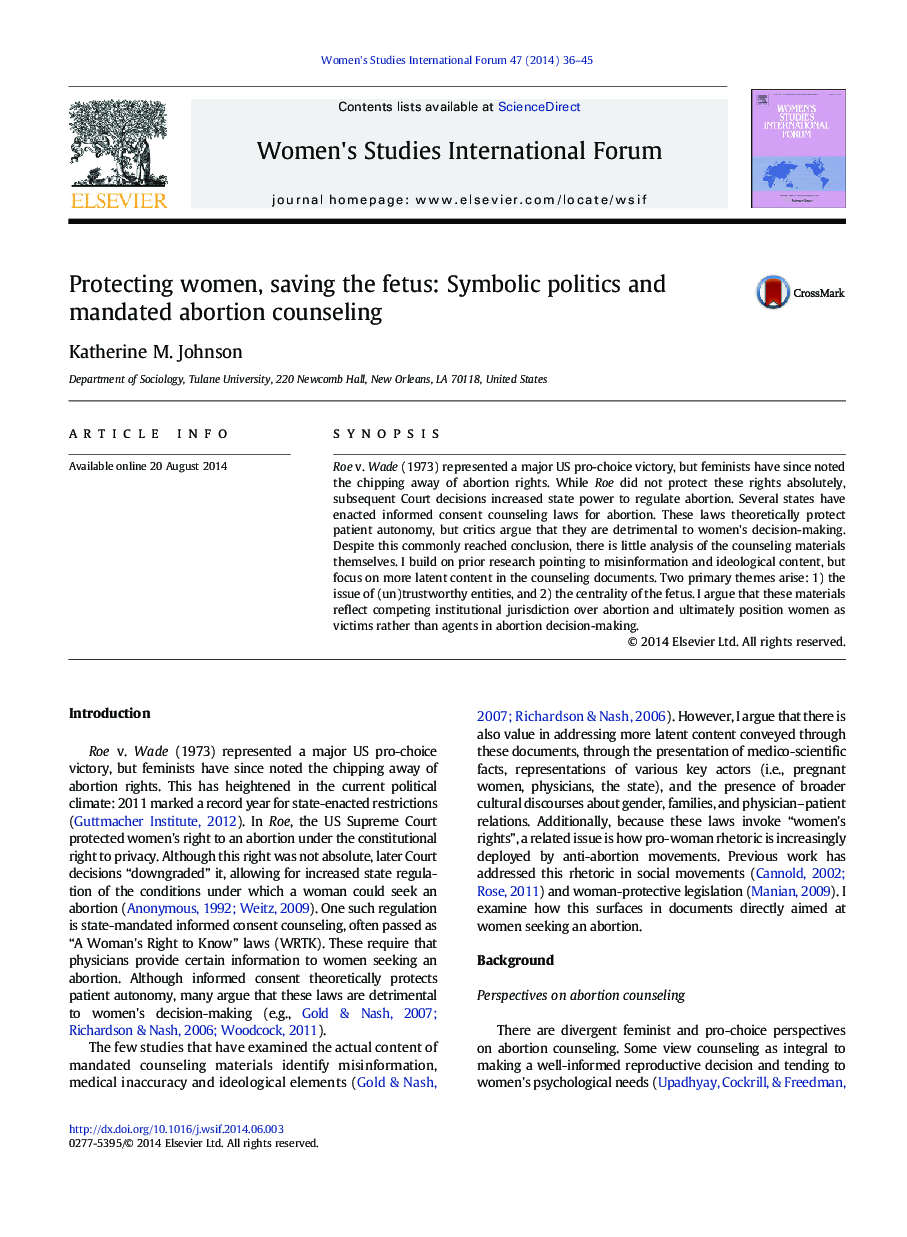 SynopsisRoe v. Wade (1973) represented a major US pro-choice victory, but feminists have since noted the chipping away of abortion rights. While Roe did not protect these rights absolutely, subsequent Court decisions increased state power to regulate abortion. Several states have enacted informed consent counseling laws for abortion. These laws theoretically protect patient autonomy, but critics argue that they are detrimental to women's decision-making. Despite this commonly reached conclusion, there is little analysis of the counseling materials themselves. I build on prior research pointing to misinformation and ideological content, but focus on more latent content in the counseling documents. Two primary themes arise: 1) the issue of (un)trustworthy entities, and 2) the centrality of the fetus. I argue that these materials reflect competing institutional jurisdiction over abortion and ultimately position women as victims rather than agents in abortion decision-making.