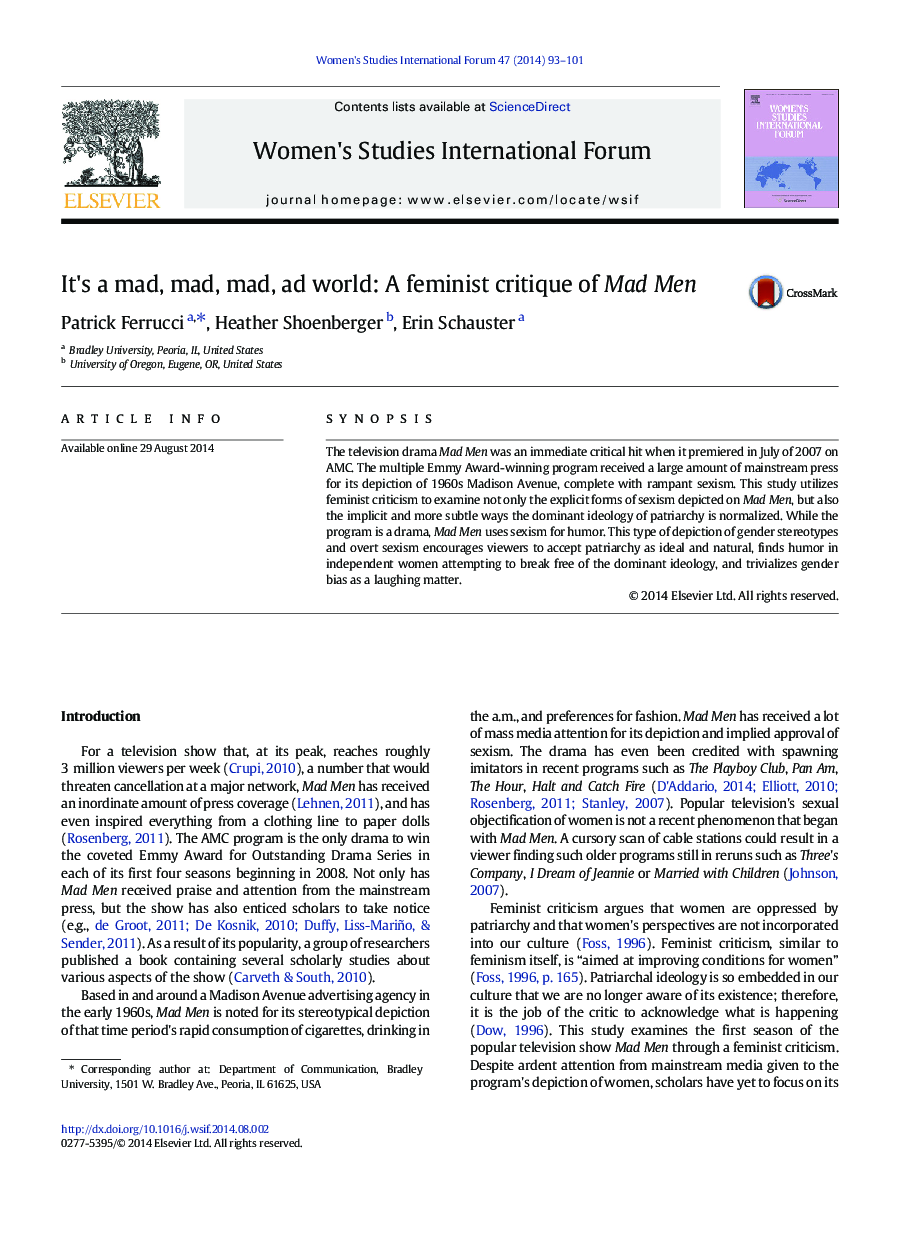 • A feminist television criticism of the Emmy Award-winning drama Mad Men.
• The show's sexist depiction of women normalizes stereotypical tropes.
• The female characters in Mad Men have no agency at all.
• The show uses humor to mask its sexist world views.

SynopsisThe television drama Mad Men was an immediate critical hit when it premiered in July of 2007 on AMC. The multiple Emmy Award-winning program received a large amount of mainstream press for its depiction of 1960s Madison Avenue, complete with rampant sexism. This study utilizes feminist criticism to examine not only the explicit forms of sexism depicted on Mad Men, but also the implicit and more subtle ways the dominant ideology of patriarchy is normalized. While the program is a drama, Mad Men uses sexism for humor. This type of depiction of gender stereotypes and overt sexism encourages viewers to accept patriarchy as ideal and natural, finds humor in independent women attempting to break free of the dominant ideology, and trivializes gender bias as a laughing matter.