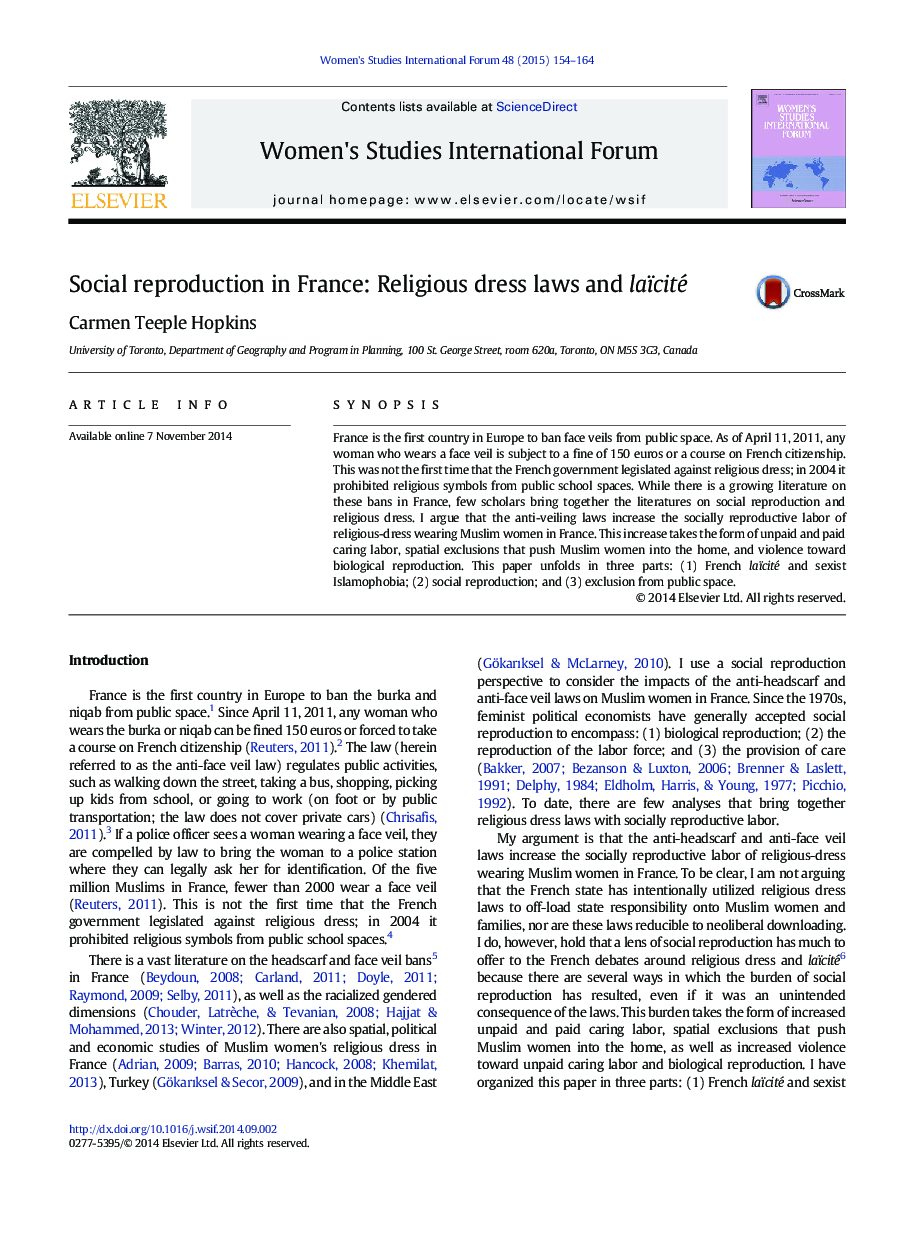 • Islamophobic violence in France has increased since 2011 and has disproportionately impacted Muslim women.
• The result of French anti-veiling laws, even if unintentional, has increased the paid and unpaid socially reproductive labour, exclusions from public spaces, and violence toward unpaid caring labour and biological reproduction of religious-dress wearing French Muslim women.
• The religious dress laws further exacerbate the discrimination that French Muslim women experience in the French labour market and by French society.

SynopsisFrance is the first country in Europe to ban face veils from public space. As of April 11, 2011, any woman who wears a face veil is subject to a fine of 150 euros or a course on French citizenship. This was not the first time that the French government legislated against religious dress; in 2004 it prohibited religious symbols from public school spaces. While there is a growing literature on these bans in France, few scholars bring together the literatures on social reproduction and religious dress. I argue that the anti-veiling laws increase the socially reproductive labor of religious-dress wearing Muslim women in France. This increase takes the form of unpaid and paid caring labor, spatial exclusions that push Muslim women into the home, and violence toward biological reproduction. This paper unfolds in three parts: (1) French laïcité and sexist Islamophobia; (2) social reproduction; and (3) exclusion from public space.