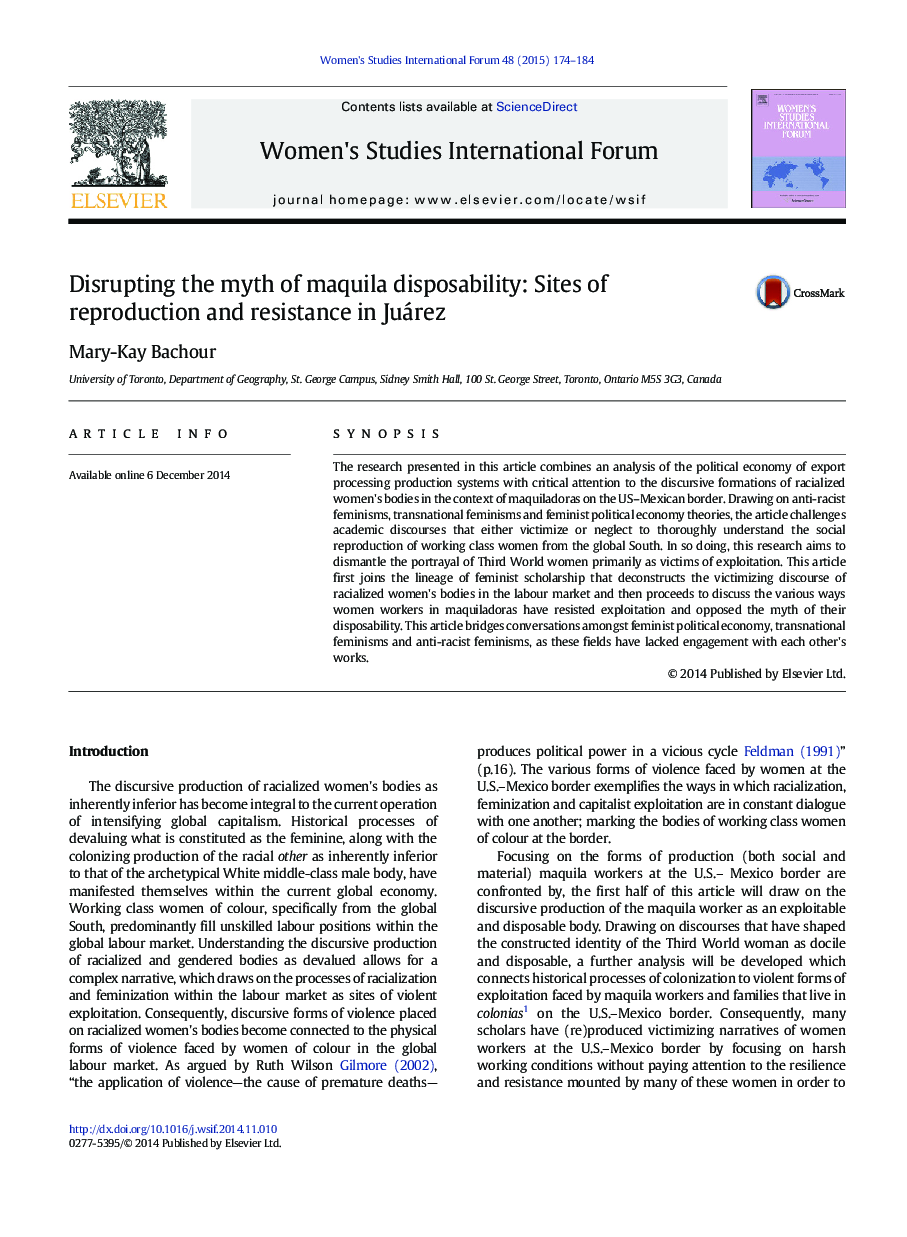 • Analyzes the discursive productions of workers within the maquiladora industry in relation to colonial narratives of the racialized other
• Deconstructs victimizing narratives of racialized women workers from the global South, operating within academic scholarship
• Analyzes the various forms of resistance that have erupted in opposition to the exploitation of maquila workers on the U.S.–Mexico border.
• Emphasizes the need for scholarship on maquiladora workers to engage more explicitly with the relationships of embodiment, racialization and gender rather than solely focusing on gendered dimensions

SynopsisThe research presented in this article combines an analysis of the political economy of export processing production systems with critical attention to the discursive formations of racialized women's bodies in the context of maquiladoras on the US–Mexican border. Drawing on anti-racist feminisms, transnational feminisms and feminist political economy theories, the article challenges academic discourses that either victimize or neglect to thoroughly understand the social reproduction of working class women from the global South. In so doing, this research aims to dismantle the portrayal of Third World women primarily as victims of exploitation. This article first joins the lineage of feminist scholarship that deconstructs the victimizing discourse of racialized women's bodies in the labour market and then proceeds to discuss the various ways women workers in maquiladoras have resisted exploitation and opposed the myth of their disposability. This article bridges conversations amongst feminist political economy, transnational feminisms and anti-racist feminisms, as these fields have lacked engagement with each other's works.