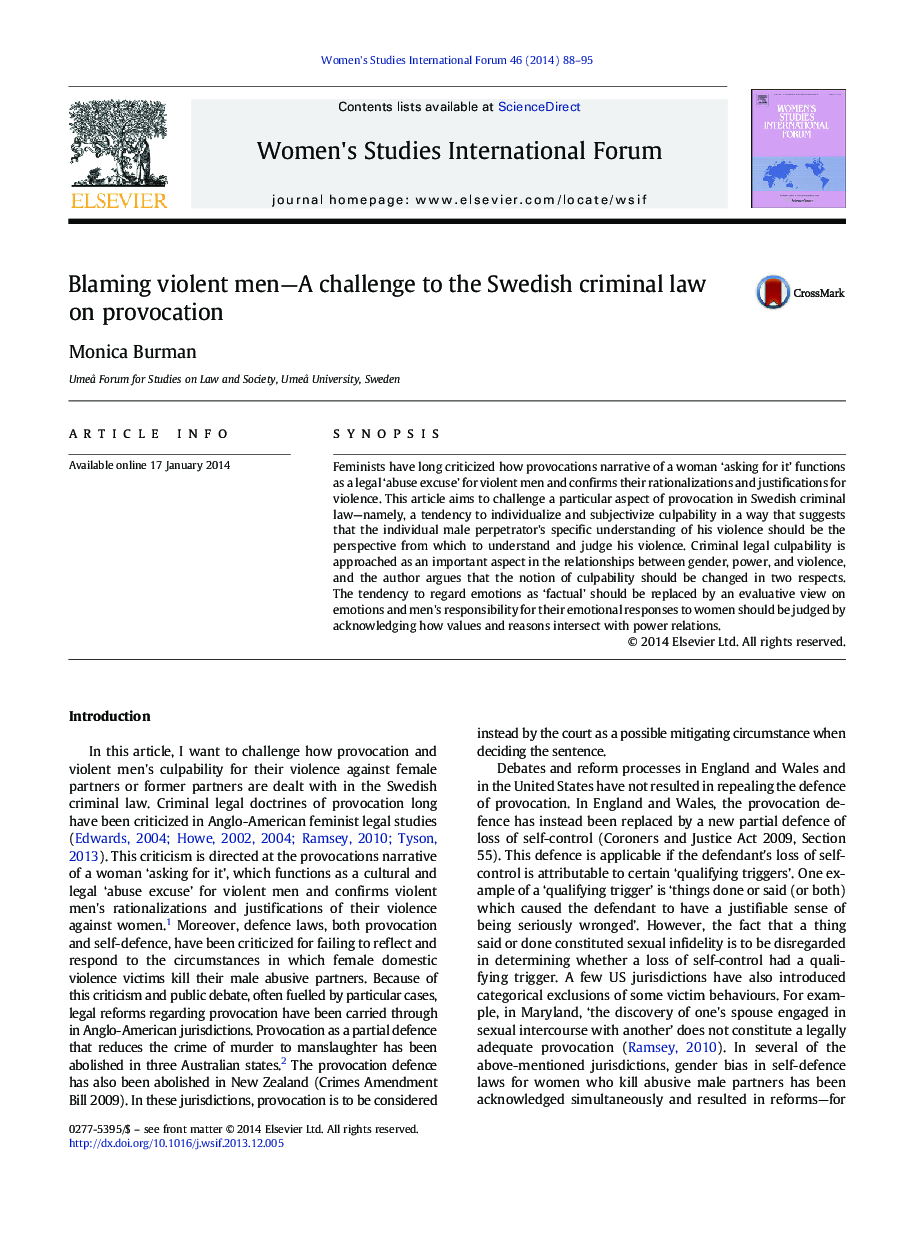 • Victim blaming gives precedence to the male perpetrators point of view.
• The criminal legal notion of culpability counteracts possible change in Sweden.
• Violent men should be responsible for their emotional responses to women.
• Criminal law can be challenged based on an evaluative view on emotions.
• Criminal law should acknowledge how values and reason intersect with power.

SynopsisFeminists have long criticized how provocations narrative of a woman ‘asking for it’ functions as a legal ‘abuse excuse’ for violent men and confirms their rationalizations and justifications for violence. This article aims to challenge a particular aspect of provocation in Swedish criminal law—namely, a tendency to individualize and subjectivize culpability in a way that suggests that the individual male perpetrator's specific understanding of his violence should be the perspective from which to understand and judge his violence. Criminal legal culpability is approached as an important aspect in the relationships between gender, power, and violence, and the author argues that the notion of culpability should be changed in two respects. The tendency to regard emotions as ‘factual’ should be replaced by an evaluative view on emotions and men's responsibility for their emotional responses to women should be judged by acknowledging how values and reasons intersect with power relations.