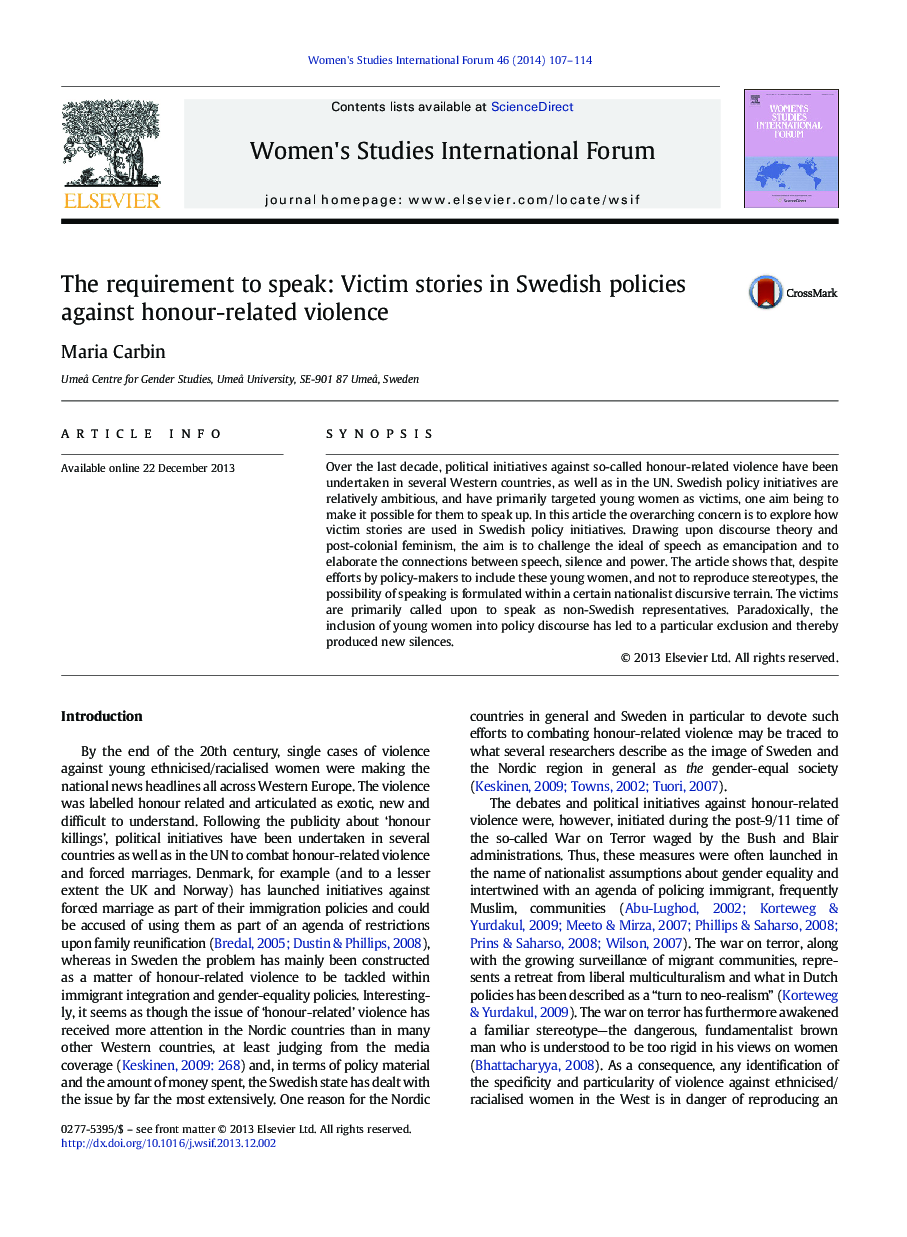 • Swedish policy initiatives against HRV are built upon nationalist assumptions.
• The inclusion of young women into policy discourse led to new types of exclusions.
• The ideal of speech as emancipation is challenged.
• Intersectionality alone cannot provide ground for understanding debates on HRV.

SynopsisOver the last decade, political initiatives against so-called honour-related violence have been undertaken in several Western countries, as well as in the UN. Swedish policy initiatives are relatively ambitious, and have primarily targeted young women as victims, one aim being to make it possible for them to speak up. In this article the overarching concern is to explore how victim stories are used in Swedish policy initiatives. Drawing upon discourse theory and post-colonial feminism, the aim is to challenge the ideal of speech as emancipation and to elaborate the connections between speech, silence and power. The article shows that, despite efforts by policy-makers to include these young women, and not to reproduce stereotypes, the possibility of speaking is formulated within a certain nationalist discursive terrain. The victims are primarily called upon to speak as non-Swedish representatives. Paradoxically, the inclusion of young women into policy discourse has led to a particular exclusion and thereby produced new silences.