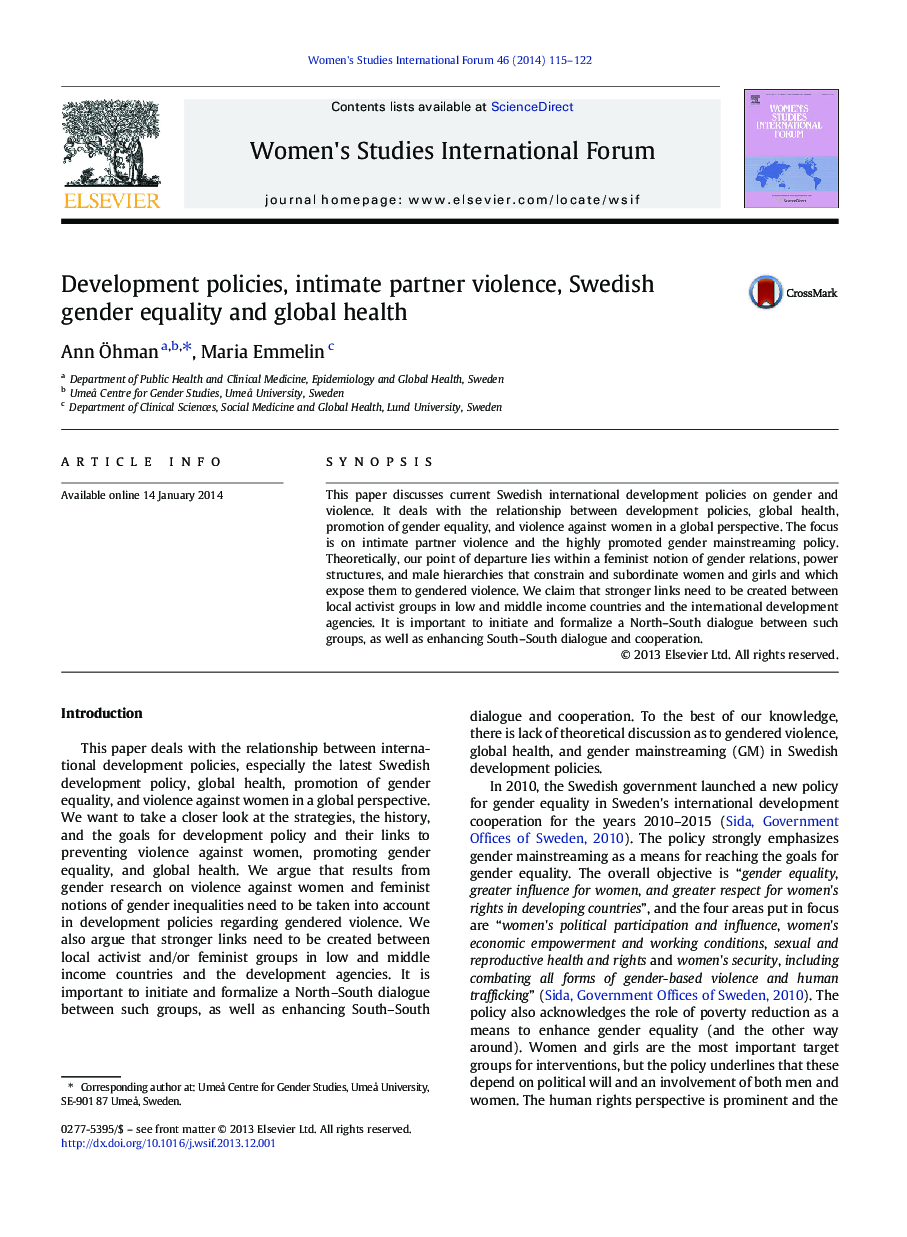 SynopsisThis paper discusses current Swedish international development policies on gender and violence. It deals with the relationship between development policies, global health, promotion of gender equality, and violence against women in a global perspective. The focus is on intimate partner violence and the highly promoted gender mainstreaming policy. Theoretically, our point of departure lies within a feminist notion of gender relations, power structures, and male hierarchies that constrain and subordinate women and girls and which expose them to gendered violence. We claim that stronger links need to be created between local activist groups in low and middle income countries and the international development agencies. It is important to initiate and formalize a North–South dialogue between such groups, as well as enhancing South–South dialogue and cooperation.